2020 census is counting on religious leaders to promote participation

2020 census is counting on religious leaders to promote participation 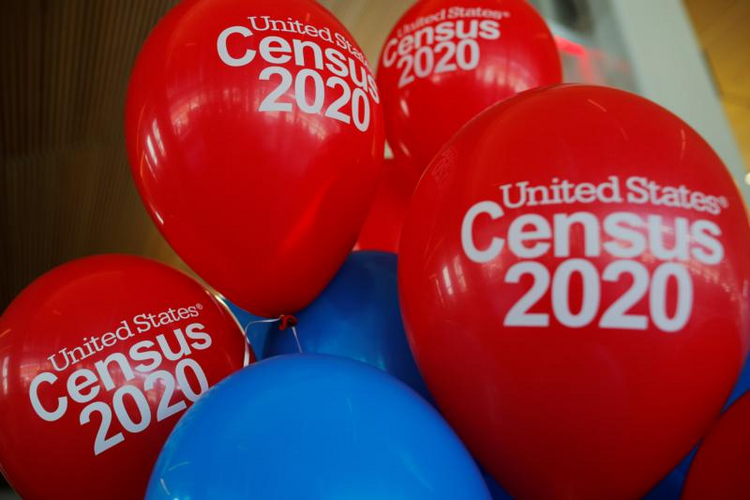 WASHINGTON (CNS) -- Realizing that many people are hesitant to fill out the upcoming census, the U.S. Census Bureau is calling on religious leaders to help promote it.

"You are your community's most trusted voice," Steven Dillingham, Census Bureau director, told a group of interfaith leaders at the Washington National Cathedral Feb. 18, saying his agency depends on them to "to tell your people this is their census" and that an accurate count will provide them with critical public services.

Census forms will be mailed in late March and the count officially begins April 1. Respondents can call, email or mail their responses.

Dillingham was essentially preaching to the choir of panelists at the "2020 Census Interfaith Summit" in the cathedral's auditorium. Members of this diverse group emphasized individual dignity and also the need to be responsible neighbors looking out for their communities through taking part in the census.

Sister Judith Ann Karam, a Sister of Charity of St. Augustine, who is immediate past president and CEO of the Sisters of Charity Health System, based in Cleveland, said census participation reflected "that every person has the utmost dignity and respect" not just in Christianity but in other faith traditions.

She said an accurate count is not only necessary for communities' federal and state funding and congressional representation, but it also will directly impact health care by determining Medicaid funds.

Other panelists spoke of how they have talked up the census with members of their faith groups and tried to calm potential fears about it.

Rabbi Menachem Creditor, a scholar in residence with the United Jewish Appeal Federation, said some in the Hasidic Jewish community are resisting the use of technology and therefore hesitant to fill out the forms.

"For many, it's hard to feel safe," he said, which he counters by telling them they won't receive support if they don't step forward. "It's in your self-interest to be brave," he has said.

The Rev. Gabriel Salguero, president and founder of the National Latino Evangelical Coalition, said even though the census does not have a citizenship question included -- something advocated by Trump administration officials and blocked by the Supreme Court -- many Latinos who are not U.S. citizens fear their participation in the census could cause them to be deported.

"We need to assure people it's OK, " he said, stressing the count will ultimately benefit them.

Hurunnessa Fariad, head of outreach and interfaith at All Dulles Area Muslim Society in Virginia, said she has similarly answered fears from Muslims and has tried to assure them that their information will be safe and protected and "will help us all."

Vikshu Kumar Gurung, founder of the Buddhist Society of Nebraska, is so convinced about the importance of the census that he has taken his advocacy about it to social media with YouTube videos. Bishop Reginald Jackson, from the African Methodist Episcopal Church in Georgia, said he plans to speak about the census from the pulpit, telling those in his congregation the count is not just about individuals but the community.

We have to take pride in ourselves is his message. "If you're not counted, all of us aren't counted."

A question-and-answer session at the end of the panel discussion indicated that religious leaders will have their work cut out for them in assuaging census concerns since some in the audience said their communities are highly suspicious of government intrusion and do not trust what the government might do with the information it collects.

Dillingham got up from his seat among the audience members to respond, saying the Census Bureau was bound by Title 13 of the U.S. Code to keep census information confidential.

"I can assure you," he told the gathering of about 100 religious leaders, "the law requires us to do our job and to provide confidentiality."

"We appreciated your message," he added. "Working together we can build trust."

This gathering was hardly the first effort to reach out to religious leaders. The Census Bureau published a 12-page guide for faith leaders to both promote and answer questions about the decennial survey. It also posted a video on its website of religious leaders discussing the significance of the census that features Bishop Joe S. Vasquez of Austin, Texas.

In the video, Bishop Vasquez said the census is "safe, secure and confidential. The information cannot be used against someone; it's to benefit our communities."

Chicago Cardinal Blase J. Cupich, posted similar remarks on a video posted on the Chicago archdiocesan website in which he said he had recently signed a proclamation of support for the Census because the count will help with the allocation of federal and state funds for underserved neighborhoods. He stressed the census is for "citizens and noncitizens alike" and the information collected will not be shared.

"We all benefit" from an accurate count, he added.