Joe Biden turns back the clock, and 6 other takeaways from Super Tuesday 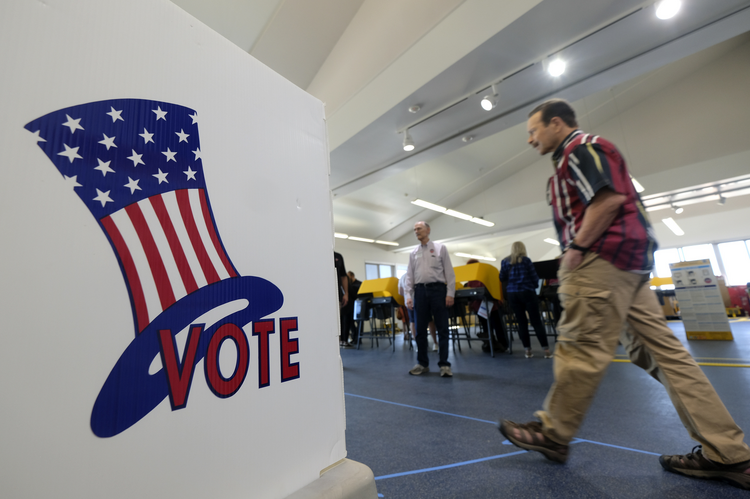 The biggest Democratic primary day of the year is over, and voters in 14 states said they have heard enough, effectively wiping out the last year of debates and town halls involving literally dozens of candidates to restore Joe Biden to front-runner status. As of late Wednesday morning, The New York Times was estimating that Mr. Biden has won 670 delegates to the Democratic Convention so far, with 589 delegates for Bernie Sanders, 104 delegates pledged to now-withdrawn Michael Bloomberg and 97 delegates for Elizabeth Warren. It takes 1,990 delegates to win the nomination.

The potential joy of an election night is full of twists and turns, in which each state tells a unique story almost always dissipates early in the evening when a national wave becomes clear. Last night the story almost everywhere was Mr. Biden doing better than polls had suggested. Next Tuesday, Mr. Sanders has a chance to recover as the race moves to the Rust Belt, with Michigan and Missouri among six states holding primaries. Mr. Sanders’s only hope for getting the nomination may be big wins in the “left behind” states with large manufacturing sectors where Donald Trump did so well in 2016.

Bernie Sanders’s only hope for getting the nomination may be big wins in the “left behind” states with large manufacturing sectors where Donald Trump did so well in 2016.

Mr. Biden is projected to win at least 10 states from Super Tuesday, with Mr. Sanders winning Colorado, Utah and Vermont. Maine is still too close to call, and Mike Bloomberg got his only victory in American Samoa. So far, Mr. Biden has 35 percent of the Super Tuesday popular vote to Mr. Sanders’s 28 percent, Mr. Bloomberg’s 14 percent and Ms. Warren’s 13 percent. Mr. Biden’s popular vote margin will likely shrink as California continues to tally votes, but Mr. Sanders has obviously not enjoyed any kind of bandwagon effect from attracting the most voters in Iowa, New Hampshire and Nevada. On Tuesday, Mr. Biden apparently led among white voters and he crushed Mr. Sanders among black voters, helping him to sweep the South, while Mr. Sanders has a smaller advantage among Latino voters.

The specter of Donald Trump has long loomed over the Democratic presidential primaries not only because he will be the party’s opponent in the fall but also because of the way he captured the Republican nomination in 2016. He steamrolled over a dozen other Republicans with more traditional qualifications and deeper party ties. And his rise posed the question: Could there be a similar hostile takeover of the Democratic Party in 2020?

Pete Buttigieg should have been the anti-Sanders candidate after finishing in the top two in Iowa and New Hampshire, but there were several reasons that party leaders would have been reluctant to back him.

Maybe not. If Mr. Trump disproved the thesis of The Party Decides (a landmark political science book arguing that party leaders, rather than primary voters, effectively choose nominees), the Democrats may prove that it still has merit. When Bernie Sanders became the front-runner for the Democratic nomination after popular-vote wins in Iowa, New Hampshire and Nevada, party leaders seized upon Joe Biden’s win in the South Carolina primary and, acting with remarkable coordination, forced several candidates out of the race and showered Mr. Biden with endorsements.

This scenario has happened before when left-wing insurgent candidates like Mr. Sanders showed strength. Party leaders similarly embraced Michael Dukakis over Jesse Jackson in 1984 and John Kerry over Howard Dean in 2004. The difference this time is that Mr. Biden has been resurrected even after doing poorly in the Iowa caucuses and New Hampshire primary. Arguably, Pete Buttigieg should have been the anti-Sanders candidate after finishing in the top two in Iowa and New Hampshire, but there were several reasons that party leaders would have been reluctant to back him, including his thin résumé, his inability to attract non-white voters and, perhaps, the risk of nominating an openly gay man. Hence another look at Uncle Joe.

While some political scientists marveled at the coordinated efforts for Mr. Biden, Commonweal’s Matthew Sitman likened the spectacle to the corpse comedy “Weekend at Bernie’s,” writing, “as I watch Biden stumble through speeches and debate answers, forgetting important things that did happen and remembering things that didn’t, I keep wondering why so few people seem alarmed.” And Biden may be one bad debate performance away from new doubts about his ability to defeat Mr. Trump.

Joe Biden may be one bad debate performance away from new doubts about his ability to defeat Donald Trump.

But as I wrote on Monday, if Mr. Sanders fails to win the nomination, a turning point may have been his campaign's insistence that he would claim the nomination even with a mere plurality of delegates. Openly stating a strategy of divide-and-conquer rather than unification was pretty much daring the Democratic Party establishment to act against him.

Here are some other striking takeaways from the Super Tuesday vote.

1. Democrats hate the idea of a contested convention. The fantasy of a contested convention comes up almost every presidential year, and the voters themselves almost always shoot it down by winnowing the field down to two candidates. Mr. Bloomberg and Ms. Warren ran explicitly with the goal of becoming a compromise choice at the convention, and voters turned away from them.

2. Most Democrats don’t hate socialism. Mr. Sanders’s opponents warned that his embrace of the democratic socialist label would doom him in a general election, but Democrats are not necessarily opposed to socialist policies. CNN reported that exit polls in California found that 52 percent of voters had a “favorable” opinion of socialism, with only 34 percent reporting an unfavorable view. In North Carolina, the biggest swing state to vote on Tuesday, 50 percent had a favorable view compared with 40 percent having an unfavorable view. Historically, the upper Midwest has shown the most sympathy toward socialism; the Michigan primary will be a test of whether Mr. Sanders can turn the label to his advantage.

4. Older voters hate lectures from younger generations. In The New York Times, the Columbia University law professor Tim Wu had a good explanation for the skepticism of Mr. Biden’s conciliatory, glad-handing style among younger voters: “The intuition that Democrats have been playing a sucker’s game for too long may be what is now making Democratic voters, especially younger ones, favor candidacies that welcome hardball politics and that aren’t afraid to call out villains.”

But many older Democrats (who, of course, are much more likely to vote) see Mr. Sanders supporters as naïve, wondering how he would put together an electoral coalition in a general election and how he would push legislation through Congress. And in The New Yorker, Adam Gopnik wrote that Democrats who have been around for more than a couple of decades fear that lurching too quickly to the left will create a backlash, as happened after the 1960s with the rise of Richard Nixon and Ronald Reagan: “the essential revelation, painfully learned, was that revolutionary politics in America lead not to social change but to accelerated reactionary politics: the ‘silent majority’ steps into action, the rhetoric of law and order is invoked, and everything turns to the right.” Sanders supporters may see this argument as fear winning out over hope, but it is very difficult to convince voters not to act on their own life experiences.

5. When you become the front-runner, make peace. On Feb. 21, a day before his win in the Nevada caucuses, Mr. Sanders tweeted, “I’ve got news for the Republican establishment. I’ve got news for the Democratic establishment. They can’t stop us.” As with his insistence he could claim the nomination with a mere plurality of delegates, this was a foolhardy challenge to the people who still had the power to stop him—including rank-and-file voters who did not dislike the “Demcratic establishment,” and particularly black Democrats who had worked so hard to become part of that establishment. (Thus the importance of Mr. Biden getting the endorsement of James Clyburn, the third-ranking Democrat in the U.S. House and one of the most powerful African-American politicians in history.)

As with Bernie Sanders's insistence he could claim the nomination with a mere plurality of delegates, this was a foolhardy challenge to the people who still had the power to stop him.

Mr. Sanders probably did not help matters by holding rallies during the week before Super Tuesday in Massachusetts and Minnesota, the home states of fellow candidates Amy Klobuchar and Ms. Warren. Traditionally, Democratic presidential candidates avoid trying to humiliate rivals that way, and Mr. Sanders ended up not only losing both states to Mr. Biden but reinforcing the idea that he had no interest in party unification.

6. The Acela Party has limited appeal. Mr. Bloomberg’s campaign rested on the assumption that there is a significant voting bloc of socially liberal, economically moderate, highly educated, urban and inner-suburban professionals who can swing national elections—nicknamed the Acela Party by the opinion research firm Echalon Insights, after the high-speed train in the Northeast Corridor. This is an assumption that goes back to John Anderson’s independent candidacy in 1980 and has international parallels including the Liberal Democratic Party in Great Britain.

As things turned out, Mr. Bloomberg was as incongruous outside of New York City, where he was mayor for 12 years, as the Times Square Naked Cowboy he cited in his disastrous debate performance in Las Vegas. He did poorly even in the high-education suburbs of Boston and Washington, D.C., finishing fourth in his native Medford, Mass.

Still, Mr. Bloomberg arguably got what he wanted, which was to prevent the Democratic nomination from going to either Mr. Sanders or Ms. Warren, both proponents of dramatically higher taxes on millionaires like himself. Mr. Sanders would presumably agree that the greatest successes of the Acela Party are not necessarily election victories.

Editor’s note: Because of a typographical error, an earlier version of this story stated that John Anderson’s independent campaign for president was in 1989. It was in 1980.

RobertDSullivan
Provide feedback on this article
Join the conversation: Login or create an account
Before you can comment, you need to update your profile to include your first and last name, as required in our comments policy. Then reload this page and you'll be set up for commenting. Update your profile
Show Comments ()
Comments are automatically closed two weeks after an article's initial publication. See our comments policy for more.