How entrepreneurs can respond to Pope Francis’ call for economic justice 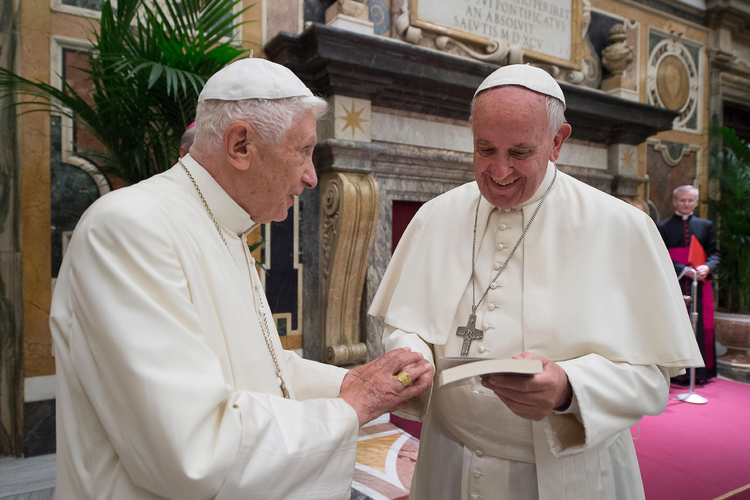 I met Olabanji “B.J.” Folayan about a year ago. He is an immigrant from Nigeria who started his own security staffing company in Washington, D.C., in 2009. “I was ready to conquer the world,” he says, but he then realized how hard it was to find good business opportunities in a large city. “It was like trying to find a needle in a haystack.”

Mr. Folayan’s difficulty finding clients was not because of the quality of his business but because of the white- and male-owned security firms that had been grandfathered into local referrals.

In convening economists in Assisi next month, Pope Francis is calling for solutions that have regard for human life, our natural environment, social equity and justice for the worker.

Around the same time that Mr. Folayan was launching his company and coming up short on clients, I was working in Washington as an organizer, noticing that the missional institutions with which I worked were being overcharged in their facilities and utilities contracts because a few large companies were squashing competition. It became clear that we needed to inform facility decision-makers and crack open the D.C. market, letting new talent get their bids to the table.

So a group of 12 church administrators formed the Community Purchasing Alliance. C.P.A. Co-op helps mission-driven institutions benefit from the insight, know-how and relationships of peer organizations and local service providers. By purchasing collectively, our members save money on their contracts while also using their spending power to support the growth of “high road,” socially responsible local businesses in their communities. In 2019, C.P.A. Co-op had 121 organizations that contracted for $17.3 million, with $7.9 million going to minority-owned businesses. This included Mr. Folayan’s company, which has won 10 of the last 12 security contracting opportunities from C.P.A. schools and churches.

This kind of innovation and new cooperative model, designed for churches by churches, may have fans in Rome. In May 2019, Pope Francis issued a letter to young economists and entrepreneurs around the world, inviting us to Assisi, Italy, this March “to meet one another and eventually enter into a ‘covenant’ to change today’s economy and to give a soul to the economy of tomorrow.” In this letter, he calls for economic solutions that have regard for human life, our natural environment, social equity and justice for the worker. He urges a change in the world order to elevate the concern for the other above financial self-interest.

The civil economy school of thought, influential in Europe, wrestles with the ills of our global economy and seeks ways to pursue the common good for our common home.

I believe Pope Francis is right in his call. And I hope this gathering will be pivotal in connecting those most committed to establishing a new economic model. In recent decades, neoclassical economics (which focuses on rational behavior, individualism and market equilibrium) has crowded out heterodox schools of economic thought (focusing on institutions, history and social structures) in academia and in larger society. Due to the dominance of neoclassical theory, we lack imagination and research as we respond to Pope Francis.

But Pope Francis is not the first Catholic leader to gesture toward the need for new economic thinking. Pope Benedict XVI was influenced by the Italian humanist school of thought—known as “civil economy”—in his encyclical “Caritas in Veritate” in 2009. This school of thought, influential in Europe, wrestles with the ills of our global economy and seeks ways to pursue the common good for our common home, while working and living a meaningful life in the world as it is.

In their 2016 book Civil Economy, Luigino Bruni and Stefano Zamagni write, “We lack a grand narrative of our roots, and thus of our future.” They propose understanding “the entire economy differently from the dominant Anglo-American capitalist tradition.” They also suggest a model “to contribute towards counteracting...the insufficient capacity for innovation in our companies.”

As an entrepreneur, I try to draw on the best of the cooperative movement, the B-corp movement, the regenerative business movement and others that offer creative frameworks for a more equitable society. I find resources like Reinventing Organizations, by Frederic Laloux, useful in helping me embody a deeper Catholic ethic in my organization’s culture. But in terms of a unifying school of thought to ground us in an integrated ethic of economic praxis, I am excited to encounter the logic and openness of civil economy and learn from young economists and entrepreneurs in Assisi. My hope is that this civil economy tradition and Pope Francis’ gathering brings more depth and heft to the “solidarity economy” movement, the New Economy Coalition, the Next System Project, the Worker Co-op movement and, most urgently, the Impact Investing world. Each is making important contributions that I am grateful for, but I am searching for a school of thought and a community of praxis with a soul.

Where does the Community Purchasing Alliance fit into the civil economy tradition and Assisi gathering? We are one of many new social enterprise models seeking to offer a path for church leaders in response to challenging times. I started by using my relationships with church and school operations directors to help Mr. Folayan and others like him get in the door. He still has to do the hard work of actually delivering a better service than his peers, but I can use the trust I have built to help ensure his proposals are given meaningful consideration. And by selecting businesses owned by people of color, facility directors and other decision-makers can be recognized as making ethical choices to advance a more equitable future. And we believe a similar model can be applied to investing and managing underutilized church real estate.

I pray that we approach the Assisi gathering on the economy with humility, generosity, a desire to contribute and a reflective posture to absorb all that we can. To help more of us get connected and find “co-conspirators,” I am co-organizing an interactive webinar on Feb. 19, and we have already launched a collaborative Slack workspace to help map the U.S. “Economy of Francesco” landscape (referring to the pope’s convening in Assisi). If we are lucky, we will come out the other side prepared to dig deeper into the work of putting in place “a new economic model, the fruit of a culture of communion based on fraternity and equality.” Just like Pope Francis said. 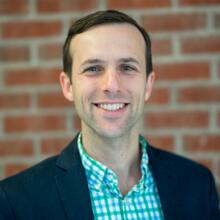 Felipe Witchger founded and co-leads the Community Purchasing Alliance Cooperative, in Washington, D.C.. He also co-convenes U.S. gatherings of the Economy of Francesco.