Clergy have helped make economics moral for centuries. Is it time for reboot? 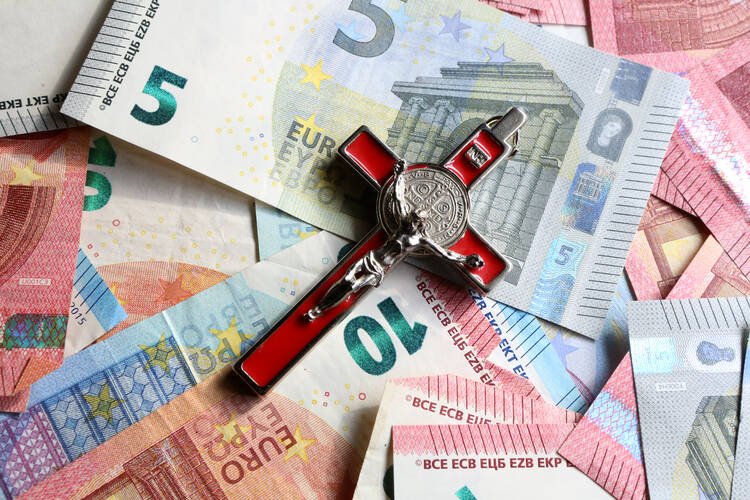 As a Jesuit priest and professor of finance, I am often asked: How can a member of the clergy be involved in such a field? My response is that I am following in the footsteps of noted clergymen, not just Catholic, but also Calvinist and Anglican, going back centuries. Theoretical foundations and practical policy matters, both in economics and finance, are linked to moral theology and ethics. Too often, this link is forgotten.

The Jesuits at Salamanca in the late 16th century laid the foundations for modern financial markets by re-evaluating the longstanding prohibition of usury for Christians. These Jesuit thinkers, as well as the Augustinian Martín de Azpilcueta, understood that the lending of money in developing economies was a means to share the risk of new business ventures, and that the payment of interest could be understood as a compensation for taking that risk. In earlier understanding, the lending of money was simply to help a brother or sister in need, so charging interest was considered an added burden on a fellow Christian.

The Jesuits laid the foundations for modern financial markets by re-evaluating the longstanding prohibition of usury for Christians.

Similarly, as Thomas Sargent and François Velde note in their book The Big Problem of Small Change, as market economies expanded, the natural law concept of money having to have intrinsic value came into question. Transactions had to go beyond barter, but gold or silver coins could not be broken into pieces for small purchases. The same Jesuits reasoned that a king could issue copper coinage, without intrinsic value, to facilitate the needs of commerce.

The famed astronomer and Polish priest Copernicus also delved into macroeconomics. Once the king could issue debased coinage, he quickly saw the relation between the rate of growth of the new debased money and the rate of inflation. Controlling inflation implied controlling the expansion of the money supply.

We also often forget that Adam Smith—the author of The Wealth of Nations, the foundational book of modern economics, which touts enlightened self-interest as the driving force for prosperity—was also the author of The Theory of Moral Sentiments. When Smith, a Calvinist clergyman, talks of self-interest, there is a presumption of a well-defined moral framework based on the Ten Commandments, as well as values based on Scripture, including empathy and love of neighbor.

When Adam Smith talks of self-interest, there is a presumption of a well-defined moral framework based on the Ten Commandments.

The relevance of Bayesian methods cannot be overstated for understanding issues in economics and finance. After all, we are examining the decisions of human beings, not robots. There really are no immutable laws in the world of economics similar to the law of gravity in physics. Social and political institutions evolve in response to changing circumstances and new insights about what are desirable outcomes for the welfare of human beings. Doing honest empirical work means being upfront about the values and priors we bring to the exercise of estimation.

So there is a great tradition of moral thought in economics and finance. As a result of these theologians, we have modern central banks charged with stabilizing inflation through monitoring the money supply, as Copernicus would have it. We have interest rates and credit, as the Salamanca Jesuits would favor, and we have the pursuit of profit guided by the invisible hand, from Adam Smith. We have new and honest ways of empirical analysis of data since, with the aid of Bayes, we can admit our priors and the fragility of our results. We offer tentative insights, rather than empirical laws, because we know, as the late George Box, of the University of Wisconsin, stated, “all models are wrong but some are useful.”

The global financial crisis of 2008 is one glaring example of what can happen when the “invisible hand” becomes separated from any sense of morality.

Yet too often decision-makers and theoreticians of economics and finance show little understanding of the links of their disciplines with moral reasoning. The economic devastation to so many as a result of the global financial crisis of 2008, is one glaring example of what can happen when the “invisible hand” becomes separated from any sense of morality. This was a truly needless crisis, since it had nothing to do with any fundamental change in real resources nor any natural scarcities in the global economy. It was simply the bursting of a speculative bubble fed by greed and moral hazard, or a protection from the possible negative consequences of risk-taking. The players in this game of speculation knew that if the markets collapsed, as they did, they had nothing to fear, since their institutions (being “too big to fail”) would be bailed out by entities like the Federal Reserve.

Since the 2008 crisis, there has been a great deal of research about the regulation of markets and financial institutions. Much of it, however, is based on the very narrow scope of economic efficiency. It is no secret that the professions of economics and finance are at a loss when it comes to discussions of moral hazard and the tradeoffs of too little or too much regulation. It is fair to say that we have not seen the end of financial crises stemming from moral hazard situations mixed in with invisible hands unhampered by moral sentiments.

Paul Ryan has been hired to teach at Notre Dame. He should think about studying there instead.
Paul D. McNelis, S.J.

Perhaps there is a need for a 21st-century Salamanca School of moral theologians and ethicists to delve into the issues of modern economics and finance in collaboration with frontline research in economics and finance. Is this a far-fetched idea? Medical researchers, as well as medical decision-makers, have to face the moral dimensions of their work. By law or by conscience, they routinely consult with researchers in bioethics across an array of subdisciplines, from stem cell research to end-of-life care. Why cannot similar developments happen in economics and finance?

In the past, in various countries, the Society of Jesus set up social research institutes. Many of these focused on the rights of labor unions. The labor schools, in particular, had a great deal of success in educating labor union leaders on issues of collective bargaining. Other institutes focused on broader issues of economic development. However, the world of finance is at once more focused and more complex. Multidisciplinary research and dialogue among ethicists, moralists and financial economists is a daunting task, but one for which there is a real and present need. The Salamanca Jesuits were clearly able to think outside the box of received teachings on natural law. The time has come for those in the world of finance and economics to think beyond their narrow boxes and collaborate with moral and ethical researchers.