Tensions arise in Canada around bishops’ inquiry of Haitian group

Tensions arise in Canada around bishops’ inquiry of Haitian group 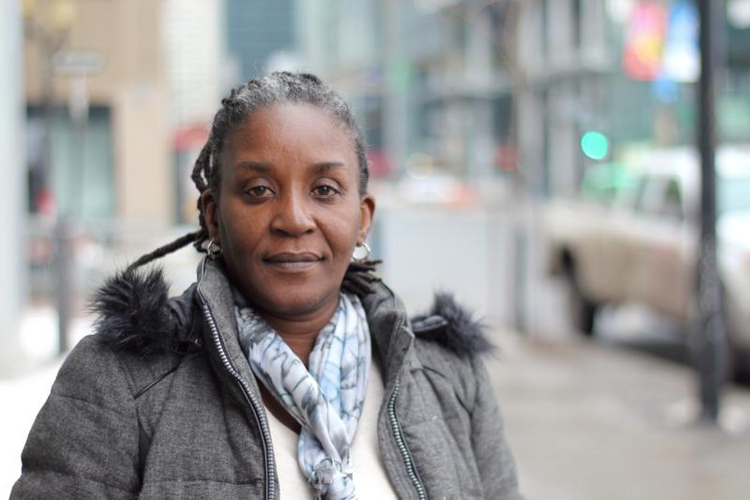 MONTREAL (CNS) -- A Haitian women's support organization co-founded by Quebec nuns is exasperated by repeated requests from the Canadian Conference of Catholic Bishops to know whether or not it supports the legalization of abortion.

Marie Ange Noel, coordinator of Fanm Deside, an organization in Jacmel, Haiti, said her organization "has never supported or encouraged abortion practices." Fanm Deside is a partner with Development and Peace, the Canadian bishops' international aid and development organization.

In a letter addressed to the executive director of Development and Peace Nov. 27, Noel said she still does not understand "that such a clear and precise answer still raises concerns for both the Canadian bishops and Development and Peace" and pointed out that even Haitian bishops have recognized the organization's good practices.

Fanm Deside -- Creole for Decided Women -- is one of 52 Development and Peace partners who will no longer receive funding from the organization until the Canadian Conference of Catholic Bishops is assured that the group respects the Catholic Church's moral teaching.

Earlier in November, Serge Langlois, executive director of Development and Peace, sent a new letter to Noel explaining that, despite the clarifications provided earlier this year, "concerns persist in the eyes of the CCCB" about Fanm Deside.

Fanm Deside was co-founded in 1989 by Quebec nuns who are members of the Institut Notre-Dame du Bon-Conseil of Montreal. Today, the organization brings together some 3,000 women from working-class backgrounds, including "small merchants" and peasant women. A part of his work is to help women and girls who were raped.

"The purity of our intentions regarding abortion is being hunted down, but our real commitments based on solidarity with the women and poor of Haiti are being ignored," the coordinator wrote.

In Canada, a new law could mean changing the route of the March for Life
Deborah Gyapong - Catholic News Service

The story sparked outrage in some Canadian Catholic circles. The Bon-Conseil sisters of reiterated their "unwavering support" for the Haitian organization.

"Fanm Deside's values and practices are in line with the charism of our institute. In fidelity to the church's social teaching, inspired by the Gospel, they invite us to give preference to women and families living in situations of poverty and injustice, to make the life that Christ offers in abundance grow," wrote their superior general, Sister Gisele Turcot.

The Jesuits of Canada expressed their concerns regarding "a failure to listen and respect the clear support given by the bishops in Haiti."

Members of the Religious Association for Women's Rights, which includes some 40 women's religious communities in Canada, responded by saying they were "deeply shocked by the lack of faith in the testimony of Fanm Deside's coordinator," wrote Sister Pierrette Bertrand, the association's coordinator.

A group of Christian feminists called L'Autre Parole ("The Other Word ") asked Langlois: "When the church's social doctrine comes down to the question of abortion, don't you have the impression that you are denying the very foundation of Development and Peace's mission and that you are approaching doctrinal fundamentalism?"

"The CCCB is unable to provide comments on the letter" from the Institut Notre-Dame du Bon-Conseil, said Lisa Gall, CCCB communications coordinator.

The executive director of Development and Peace did not want to comment either.

Show Comments ()
Comments are automatically closed two weeks after an article's initial publication. See our comments policy for more.
Provide feedback on this article
Join the conversation: Login or create an account
Before you can comment, you need to update your profile to include your first and last name, as required in our comments policy. Then reload this page and you'll be set up for commenting. Update your profile
Advertisement
More: Bishops / Haiti / Canada / Abortion