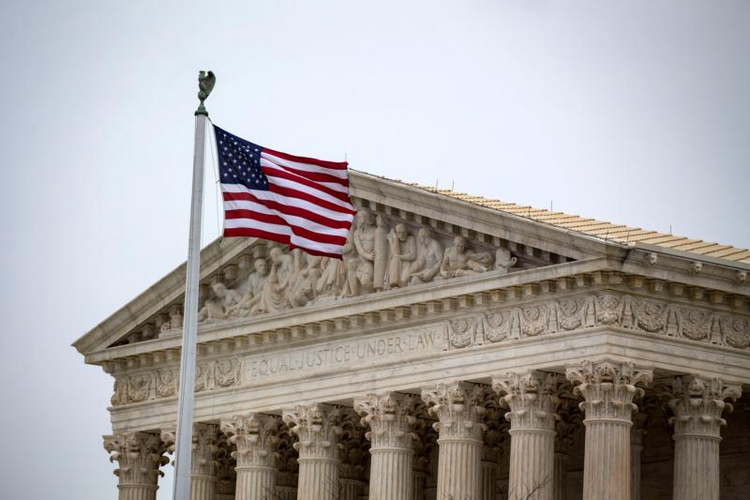 WASHINGTON (CNS) -- The U.S. Supreme Court Dec. 9 declined to take up a challenge to a Kentucky ultrasound law that requires a physician or qualified technician to perform an ultrasound on a woman seeking an abortion and show the screen images to her.

The petition to the court did not get the required four justices to sign on to hear an appeal of an April 4 ruling by the 6th U.S. Circuit Court of Appeals overturning a lower court decision that the law violated doctors' freedom of speech as guaranteed by the First Amendment.

The Kentucky Ultrasound Informed Consent Act law can take effect immediately. It was passed in early 2017 by Kentucky's House and Senate and signed into law by then-Gov. Matt Bevin. A Kentucky abortion provider, EMW Women's Surgical, filed suit against the law on free speech grounds.

"March for Life applauds the U.S. Supreme Court decision today upholding a Kentucky ultrasound law," said Jeanne Mancini, president of March for Life. "Women facing an unexpected pregnancy deserve to have as much medically and technically accurate information as possible when they are making what could be the most important decision of their life."

The law -- passed by the House 83-12 and by the Senate 32-5 in January 2017 -- requires a physician or qualified technician to perform an ultrasound on a woman seeking an abortion and show the screen images to her. The doctor or technician will be required to inform the mother what the images show, including any organs that are visible and the size of the fetus. The provider also must seek to detect the fetus' heartbeat.

The law allows the woman to refuse to view the ultrasound and she may ask the provider to mute the heartbeat if audible.

"Consistent with the Supreme Court's direction that mothers considering abortion may be given accurate, nonmisleading information about abortion and the nature of human life," said Catherine Glenn Foster, president and CEO of Americans United for Life, "today's decision confirms that women deserve the truth, and cannot give real informed consent to an abortion unless facilities are transparent and honest about what abortion really is."

She added: "That's a right that was denied to me when I was 19 years old and making a difficult, life-changing decision, and I am so relieved that going forward, the women of Kentucky will have the opportunity I never did."

It "affirms common sense, transparency and the democratic process," said Picciotti-Bayer. "Rather than keep women in the dark, Kentucky requires all medical professionals -- including abortionists -- to disclose vital information related to a woman's pregnancy and her developing child. Women deserve to know all the facts before making such a consequential decision."

Said Dannenfelser: "Modern ultrasound technology opens an unprecedented window into the womb, providing undisputable evidence of the humanity of the unborn child. The abortion industry has proven incapable of policing itself and will stop at nothing to keep vulnerable women in the dark for the sake of profit, which is why state laws protecting women's right to informed consent are so important."

Students for Life, via Twitter, said: "This is another pro-life law that will be allowed to stand and will help protect preborn babies from abortion."

This fall the Supreme Court said will hear oral arguments in March in a challenge to a Louisiana law -- Unsafe Abortion Protection Act -- that would require abortion doctors to have admitting privileges at nearby hospitals. The case is June Medical Services L.L.C. v. Gee.

Show Comments ()
Comments are automatically closed two weeks after an article's initial publication. See our comments policy for more.
Provide feedback on this article
Join the conversation: Login or create an account
Before you can comment, you need to update your profile to include your first and last name, as required in our comments policy. Then reload this page and you'll be set up for commenting. Update your profile
Advertisement
More: Abortion / US Politics