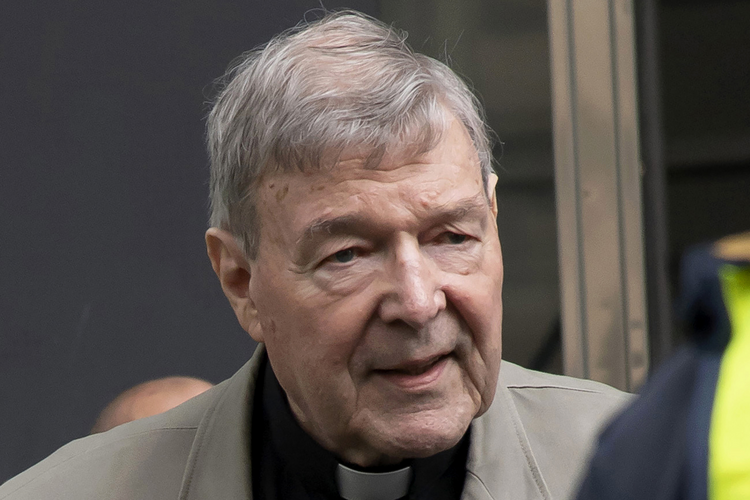 In this Feb. 26, 2019, file photo, Cardinal George Pell arrives at the County Court in Melbourne, Australia. Pell, the most senior Catholic to be found guilty of sexually abusing children, will learn whether Australia's highest court will hear his appeal against convictions for molesting two choirboys in a Melbourne cathedral two decades ago. (AP Photo/Andy Brownbill, File)

CANBERRA, Australia (AP) — Australia's highest court agreed Wednesday to hear an appeal from the most senior Catholic to be found guilty of sexually abusing children, giving Cardinal George Pell his last chance at getting his convictions overturned.

The 78-year-old was sentenced to six years in prison in March and is no longer a member of Francis' Council of Cardinals or a Vatican official. The Victoria state Court of Appeal rejected his appeal in August.

Pell is in a Melbourne prison, where the Herald Sun newspaper reported last month that he had been given a gardening job. He did not attend the High Court in Canberra to hear the decision Wednesday.

An appeal hearing cannot happen before the judges return from their summer break in early February.

The 78-year-old was sentenced to six years in prison in March and is no longer a member of Francis’ Council of Cardinals or a Vatican official.

Pell's lawyers argued in their 12-page application for a High Court appeal that two state appeals court judges made an error in dismissing his appeal in August.

The judges made a mistake by requiring Pell to prove the abuse was impossible, rather than putting the onus of proof on prosecutors, the lawyers said.

They also said the two judges erred in finding the jury's guilty verdicts were reasonable. Pell's lawyers argued there was reasonable doubt about whether opportunity existed for the crimes to have occurred.

Pell's lawyers also argued that changes in the law over the years since the crimes were alleged have increased the difficulty in testing sexual assault allegations.

They say Pell should be acquitted of all charges for several reasons, including inconsistencies in the accuser's version of events.

After Pell lost his first appeal, the surviving victim said, “I just hope that it's all over now.”

Prosecutors argued there is no basis for the appeal and that the Victorian courts made no errors.

In their written submission to the High Court, prosecutors wrote that Pell's legal team was asking High Court judges to apply established principles to the facts of the case, which were already carefully and thoroughly explored by the state appeals court.

Pell was largely convicted on the testimony of one victim. The second victim died of an accidental heroin overdose in 2014 when he was 31 without complaining that he had been abused.

After Pell lost his first appeal, the surviving victim said, "I just hope that it's all over now."

Clerical sexual abuse and the Catholic Church's handling of such cases worldwide have thrown Francis' papacy into turmoil.

In a little more than a year, the pope has acknowledged he made "grave errors" in Chile's worst cover-up, Pell was convicted of abuse, a French cardinal was convicted of failing to report a pedophile, and U.S. Cardinal Theodore McCarrick was defrocked after a Vatican investigation determined he molested children and adults.

Pell must serve at least three years and eight months behind bars before he becomes eligible for parole. As a convicted pedophile, he is provided with extra protection from other inmates and spends 23 hours a day in solitary confinement.