The Editors: The culture wars won’t stop the rise of the religiously unaffiliated 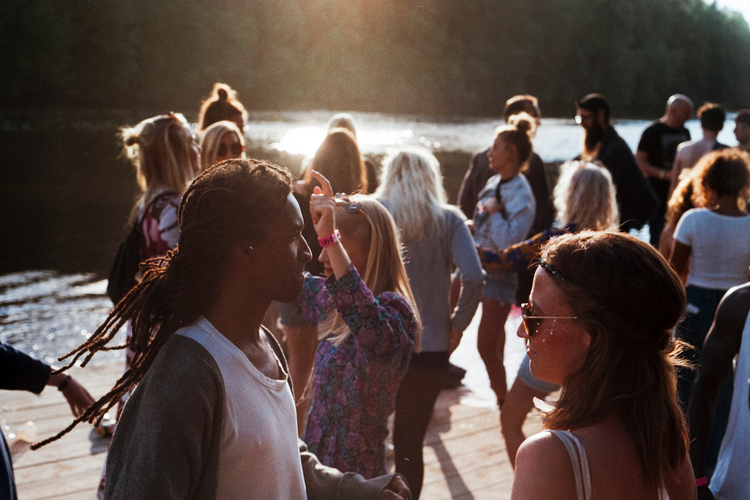 (Photo by Jens Johnsson on Unsplash)

The Pew Research Center recently declared that so-called nones, or the religiously unaffiliated, make up 26 percent of the U.S. population, up from 17 percent only a decade ago. Over the same period, those identifying as Christian dropped from 77 percent to 65 percent, and Catholics fell from 23 percent to 20 percent of the population. It would be simplistic to say, as Attorney General William P. Barr did in a recent speech at the University of Notre Dame, that organized “secularism” is the cause, as surveys also suggest that most nones do not consider themselves atheist or against spirituality. Still, Pew decided there was enough evidence to headline its report “Decline of Christianity Continues at Rapid Pace.”

This kind of alarmism can be infectious, but better to pause and consider the context. Polls suggest that institutions of all kinds, from the federal government to local newspapers, are experiencing a loss of public confidence in their ability to respond to a period of great political, economic and social change. Getting better poll numbers (or exulting that the church is still more popular than, say, the U.S. Congress) is not the point here.

What can nuns and ‘nones’ learn from one another?
Kaya Oakes

‘Nones’ now as big as evangelicals and Catholics in the U.S.
Jack Jenkins - Religion News Service

Of greater concern is the possibility that Americans are coming to associate faith with a particular ideological bent. Religious affiliation has fallen especially among Democrats, and the University of Notre Dame political scientist David Campbell recently said to The Associated Press, “Increasingly, Americans associate religion with the Republican Party—and if they are not Republicans themselves, they turn away from religion.” (It would help if the Democratic Party made it clear that it regards religious faith as compatible with good citizenship, rather than a threat to it.)

Political scientists once praised the United States for its “cross-cutting cleavages”—a phenomenon in which a voter simultaneously identified with different, overlapping groups. In practice, that meant that each citizen belonged to a different combination of political party, church, fraternal or neighborhood groups, and unions or professional organizations. The ideal was an interlacing of groups rather than mutually exclusive identities (for example, doctors cannot be Democrats or Catholics cannot be vegetarians) that reinforce division. As a new study of the Troubles in Northern Ireland suggests (see Short Take, Page 10), the loss of regular contact with people outside of other faiths and political beliefs can lead to destabilization and violence.

The rise of the nones should not be a reason to ramp up a culture war or to force a choosing of sides. Instead of raging at the polls, we should be inviting our neighbors, both the faithful and the nones, to join us in pursuit of the common good.

This phenomenon is not hard to understand yet people seem mystified by it. I am currently in an Alpha course and the latest video was about telling people about your faith and why they should consider it. But each to a person said this is impossible in today's world when nearly all would be turned off by anyone doing that. It is easy to know why they would be turned off, they really do not believe and the culture has turned on religion. They do not want to even learn because they think it is nonsense.

The culture has not turned on religion. It has “bent” toward justice. Misogyny and homophobia and the discrimination “religion” requires are no longer acceptable to many.

A good note from the Editors. However, I think it only touches the surface of this issue (e.g., the growing number or percentages of nones). Clearly the secular culture and our polarized political environment are influencing these things. However, I also believe the Catholic Church needs a different message and approach. My parish has a big youth ministry. However, I wonder how many high school youths are really participating. How do we reach the others? From my viewpoint, once these teenagers reach college many fall away. One interesting approach my parish is taking is encouraging parishioners to become mentors to high school teenagers. Another approach launched is for adults to form small groups. These small groups do many things from bible study to outreach programs. Parishioners are asked to think about how they can invite others into a ministry, or to Mass or an educational event. Spreading the Good News can take many forms. This idea of small groups is not new and it is not a panacea..
I don't know why some of my friends who had the same Catholic education as I did don't go to Church anymore. They are good people and are charitable and I think the world of them.
The big problem are the young. They disagree with most of the Church's teachings from same-sex marriage to contraception to a married clergy and women ordination. I don't blame them as I believe the Church should change these teachings as well. It is hard to persuade a young adult or teenager that while they may turn away from many of the Church's moral teachings, they should not turn away from Christ. In other words, you can disagree and still remain a faithful Catholic. Unfortunately, the same old tired arguments do not seem to be working. One woman I know said to me the other day "The problem is that the Catholic Church is run by bunch of celibate old men that have no idea what it is like to be married and raise a family." I did not argue with her.

Mayor Pete has wonderful things to contribute to the faith conversation—asserting that the GOP does not own the faith and values vote. Oh, wait! Catholics are actively discriminating against gay people! And Pete is gay! Wow, Catholic Church! Good one! I cannot stand the heinous deeds by this administration followed by conversations full of false equivalencies, then calls for “civility.” Congress should force its way into the concentration camps full of children at our border and reunite those babies with their parents! I have nothing “civil” to say about the concentration camps or the blatant disregard for the law and our constitution! Our religious lives should not include forced discrimination or civility in the face of heinous injustice. THAT is why many are becoming “nones.” It’s not Jesus, it’s the discrimination! It’s the hierarchy!

The Nones no longer believe in the belief of God. No one makes them go to Church or Catholic school. Even those who do become Nones soon enough. Europe is our future unless we trade hierarchy for democracy and orthodoxy for service.