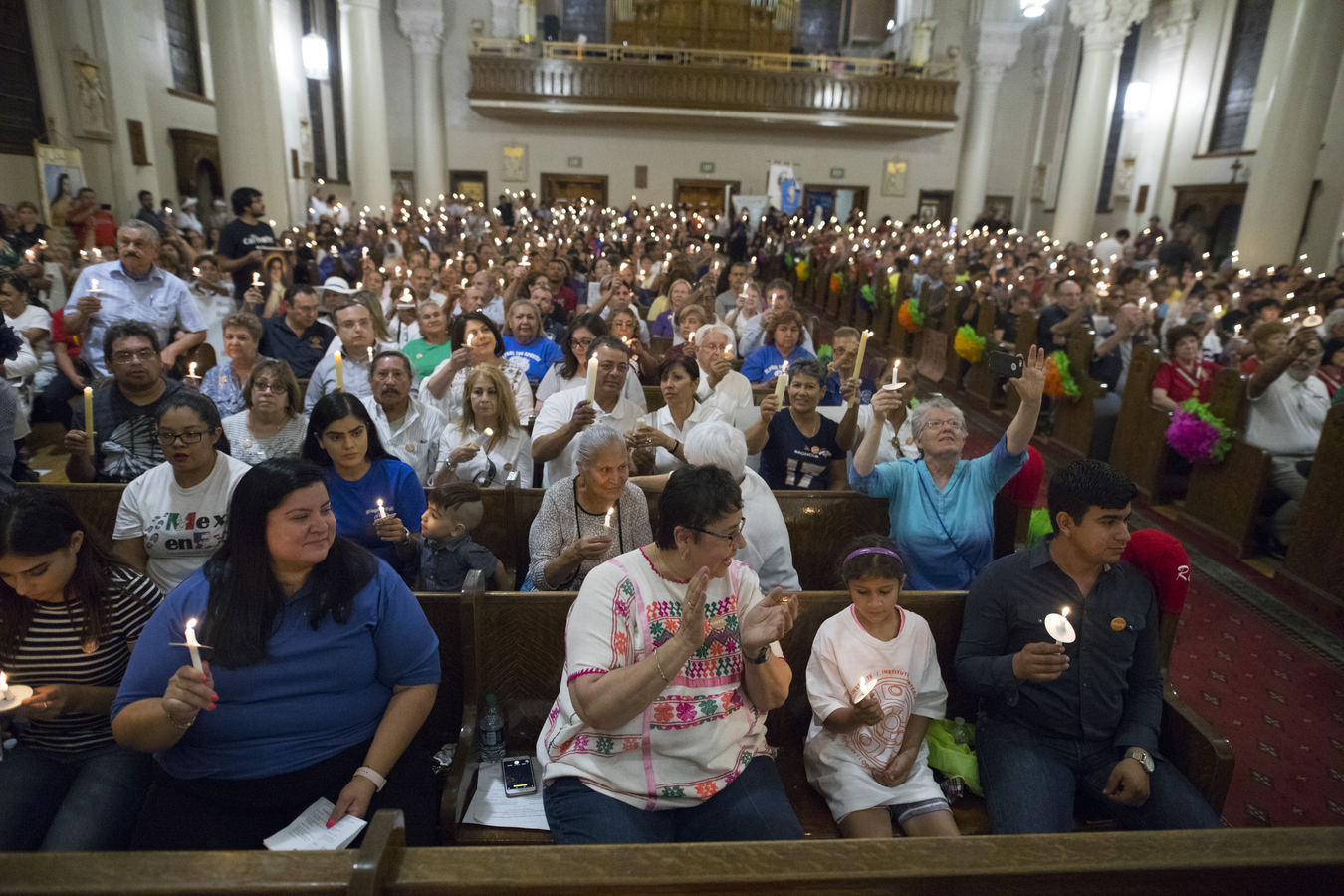 Over the course of about five weeks this summer, three El Paso churches that are within a 15-minute drive from each other were damaged by arson.

While some media reports have noted that the three churches serve the Latino community, Fernando Ceniceros, spokesperson for the Diocese of El Paso, did not want to speculate about motives in an interview with America. He noted that almost all of the parishes in the diocese offer Spanish-language Mass.

“Our whole city is 80 percent Latino,” he said, referring to the incidents as vandalism. “To say they’re Latino parishes—they’re all Latino parishes. But any time our parishes are targeted, it’s a big deal.”

“Instead of anger, the reaction has been more about what can people do to help and moving past it. That’s really saying a lot about who we are as a city and who we are as Catholics.”

St. Matthew was vandalized on May 7, and St. Patrick Cathedral was struck on May 13. In the first case, an incendiary device was thrown at a window, but it did not break through and burned part of an outside wall of the church. In the second case, an incendiary device was thrown through a stained glass window. It broke the glass, but the device did not get into the church itself.

The incendiary device did get through a window at San Judas Tadeo, causing smoke damage and burning a pew inside the church, Mr. Ceniceros said. San Judas Tadeo suffered the most significant damage, and Mass had to be celebrated in the parish hall while the church was repaired.

“Instead of anger, the reaction has been more about what can people do to help and moving past it,” Mr. Ceniceros said. “That’s really saying a lot about who we are as a city and who we are as Catholics.”

The community here is still recovering from a mass shooting targeting Latinos in which 22 people were killed at an El Paso Walmart last month. A grand jury on Sept. 12 indicted 21-year-old Patrick Crusius of Allen, Texas, on one count of capital murder of multiple persons. Prosecutors are seeking the death penalty.

The FBI is offering a $5,000 reward for each church for information leading to an arrest. Mr. Ceniceros said the diocese is offering an additional $5,000 for each church, adding that the same person or persons are believed to be responsible for all three incidents.

There's a person who commonly posts first on every article, with a "nothing to see here" comment. It's obvious what's going on to everyone else.