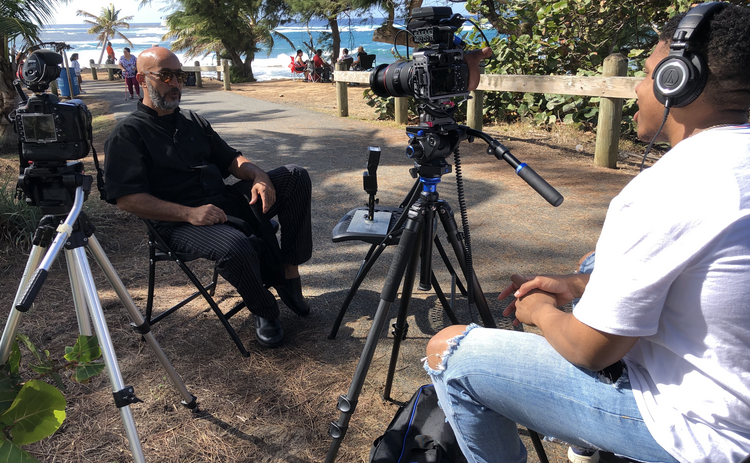 Tim Stenovec was a graduate student studying journalism in New York City. He had just started the police beat for a news blog produced in collaboration with The New York Times and, as part of his assignment, had access to a service that emailed breaking news alerts to reporters across the city.

“On my way,” read Tim’s text message to me, his editor, just a few minutes after the alert.

Within a few hours, Tim broke the news that police had identified the victim and were searching for his killer; and after about a week, he secured an exclusive interview with the victim’s sister.

The work of journalists, he said, “is, in every sense, not just a job; it is a mission.”

Tim’s qualities can prove helpful for young journalists: his readiness when that first news alert landed in his inbox; his doggedness in working his still-developing police sources; and, perhaps most important, the compassion that he showed when interacting with the victim’s family.

Nearly a decade has passed since our work together, but Tim often comes to mind when I read about the erosion of public trust in mainstream media. In the years right after the Watergate scandal, upward of three-quarters of Americans indicated that they had a high level of trust in the media; today, that number has dropped to about one-fifth.

As journalism educators and people in the industry chart a path toward restoring public trust in the media, it is worth taking a closer look at the role of compassion and empathy in journalism.

After nearly a decade at The New York Times and teaching stops at five universities, I am now a professor at the University of Notre Dame, where educating the mind as well as the heart is baked into just about everything we do in the classroom.

Working in collaboration with Victoria St. Martin—a former Washington Post journalist who is my teaching partner and my partner in life—Notre Dame’s journalism program has developed a course that we call Covering America. It is built around experiential learning and is designed to give students a sense of what it takes to cover large-scale national stories, often about traumatic events.

We have to teach future journalists how to break down that wall, how to walk into rooms with compassion.

In March, the class embarked on a reporting trip to Puerto Rico. Students covered the island’s continuing recovery from Hurricane Maria. They interviewed displaced schoolchildren, the residents of a shelter for victims of domestic violence and the members of a youth baseball team that earned its way to the Little League World Series despite the storm.

We also visited the newsroom of El Nuevo Día, where journalists provided heroic coverage of Hurricane Maria. One journalist, the business reporter Joanisabel Gonzalez, told our students simply: “Stay human, stay human. You have to stay human to find the story.”

And as Pope Francis recently reminded journalists, finding those stories is vital.

“Informing others means forming others; it means being in touch with people’s lives,” the pope said last year on World Communications Day. The work of journalists, he said, “is, in every sense, not just a job; it is a mission.”

The Editors: The free press is not the enemy
The Editors

A way to refocus that mission is to find a renewed sense of compassion.

Ms. St. Martin, when talking with our students, often recalls a memorial that she covered for a boy who was struck and killed on his sixth birthday.

When she went to interview the boy’s relatives, several journalists were already there, afraid to approach the family. Ms. St. Martin walked right up to the family, offered her condolences and gave them a sense of her concern, and they shared their story.

We have to teach future journalists how to break down that wall, how to walk into rooms with compassion and how to see their faces reflected back at them in the faces of the people they interview. This, too, is our mission. This is how we promote goodness. This is how we generate trust.

Have them tell the truth. Too much emphasis on emotion and thus leading to false narratives when trying to "find the story." A large percentage of what people believe is based on unsubstantiated feelings.

Opting Out
6 months ago

Dr Jones, thank you for your encouraging article. Your lovely wife, Victoria Maria St Martin and you are poised to do great things as journalists. I was surprised you never mentioned the guiding principles of facts, objectivity and truth, all of which have been lacking for decades in the news media which have caused a lack of trust in journalism, hence fake news. I do hope you lead your students to embrace these principles. May God bless you in your career!

Pope addresses to German journalists
When Pope Francis met with a delegation of Catholic, evangelical and public-service journalists from Germany on April 4, Vatican News reported that he stressed three points: facts, objectivity and truth as guides to journalists. Here is what the Holy Father told journalists.

Contribute to the search for truth, pope says

Dialogue: “[D]ialogue generates understanding, opens up horizons, and it finds itself creating space for a free and open exchange of information, opinions and analysis.”
Factual reporting: Pope Francis encouraged the delegation “to ensure that there are facts instead of fake news, objectivity instead of rumors, precise research instead of approximate titles.”
Human dignity: “For some time now we have been witnessing a worrying evolution in the world: the challenge of the right to life, the advance of euthanasia, the denial of social equality, the lack of integration, the violation of human dignity and freedom of conscience. … [P]ublic media has a responsibility to take a firm stand for the precious good of human freedom.”

I am not surprised that trust in the media is very low. Personally I don't particularly care what Hollywood actors, entertainers and sports figures think about contemporary issues. The media habitually highlights what these folks think. I don't spend my time or money following folks who compete to say or tweet the most outrageous comment. For them It's all about getting attention. Just after Trump was elected a number of these "celebrities" announced they were moving to Canada. I think they are all still here. I guess it really is all about the "Benjamins".

I've not read Mr. Jones work so I can't remark on his objectivity and devotion to truth. However, ten years at the NY Times does not inspire confidence. Their fanatical devotion (no hyperbole) to abortion rights is a textbook case of dishonesty in the media.

I've not read Mr. Jones work so I can't remark on his objectivity and devotion to truth. However, ten years at the NY Times does not inspire confidence. Their fanatical devotion (no hyperbole) to abortion rights is a textbook case of dishonesty in the media. Again, I don't know if the author has ever commented on the subject, but The Times represents much that is wrong in journalism.

The basic question that was not addressed is if Americans don't trust the media, why is that a "problem" that needs to be "fixed"? Sensible people may be rightly skeptical of partisan players who pretend to be referees.

I use to trust the media. I think I began to doubt them the year a million people marched in the "Walk for Life" and it was never MENTIONED on the TV news or any newspaper. However the entire March was televised on Cspan which I remember. I did not vote for Donald Trump and I never would but I do notice how the media go after him. He can not do any thing right. They even complain about the shoes Melania wore visiting Puerto Rico after the hurricane. I remember how they went after Dan Quale because he didn't seem to know how to spell the plural of potato. I wonder how many do. Gore made a similar mistake but it was ignored. I remember as a 3rd grade teacher I thought it was important that the children did not know who I was voting for even though we had an interesting debate. I helped both sides to prepare. It is just as important that the media try to appear neutral.

It is doubtful that Print and Verbal Media will ever recover from the age of the internet where “Clicks” is the treasure and the Headlines are the “bait”. If the Story fails to deliver the script hinted at by the headline, it is abandoned by the reader.
America Magazine is no exception to this approach. I have personally exchanged emails with some of its article authors who were appalled at headline the Editors used for their material. The America Editors are fully aware that “Click/Bait” Is required to succeed as a publication.....
There seems to be no corrective action for curing this approach since it is designed to appeal a reader’s prejudices rather than their intellect.

This article also appeared in print, under the headline “Restoring Public Trust,” in the August 19, 2019, issue. 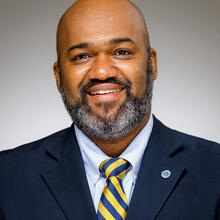 Richard G. Jones is the Walter H. Annenberg-Edmund P. Joyce Director of the John W. Gallivan Program in Journalism, Ethics, and Democracy at the University of Notre Dame.