Number of undocumented Mexican immigrants in the U.S. declines 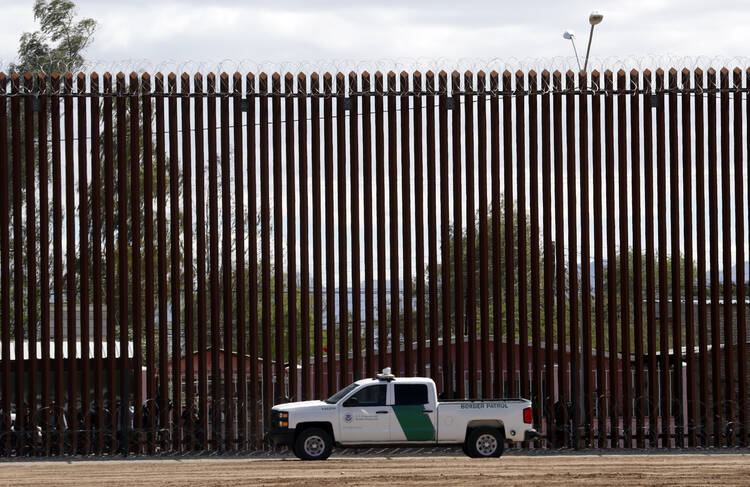 WASHINGTON (AP) — The number of Mexican immigrants in the U.S. illegally has declined so sharply over the past decade that for the first time, they no longer make up the majority of that category, according to an estimate by the Pew Research Center Wednesday.

But the number of Central Americans in the country illegally is increasing — from 1.5 million in 2007 to 1.9 million in 2017, the study found.

Pew, like other researchers, cited declining Mexican birth rates as a major reason. In 2015, Pew reported that more Mexicans were leaving the U.S. than arriving, another milestone marking the end of one of the greatest waves of immigration in U.S. history, dating back to 1965 and ending around the time of the Great Recession.

The numbers reflect the conundrum the U.S. is facing at the southern border: The number of Central American migrants crossing the U.S.-Mexico border is rising dramatically, and they are not easily returned over the border — unlike in previous years, when the majority of the border crossers were single men from Mexico.

Curbing immigration is President Donald Trump's signature political issue, but his hard-line and chaotic border policies have failed to stem the tide. In fact, the numbers have increased since he took office.

There were about 4.9 million Mexicans in the U.S. illegally in 2017, down 2 million from 2007. The decrease was the major driver in bringing down the overall population of immigrants in the country illegally. In 2017 it was about 10.5 million — the lowest since 2004. The research group found the peak was in 2007 at about 12.2 million. Previously, Mexican nationals made up most of that population. Now, it's a combination, with Central America having the second-largest, and Asia following with 1.4 million.

China's presence among the 10 countries whose citizens have entered the United States legally and overstayed their visas is testament to how Asians make up a growing percentage of the population in the U.S. illegally. Visa overstays account for an estimated 40% of people in the country illegally.

Pew based the estimates on government data and used a so-called "residual" method to determine the estimate. The method is similar to those used by Homeland Security's Office of Immigration Statistics and other groups that track immigration, like the Migration Policy Institute and Center for Migration Studies.

The method uses U.S. census counts and government surveys to calculate the number of immigrations living in the U.S. in a particular year, followed by immigrant admissions and other official counts. The number of lawful immigrants is subtracted to get the estimate of immigrants here illegally. The estimate includes some 320,000 people with Temporary Protected Status, and about 700,000 beneficiaries of the Deferred Action for Childhood Arrivals, two programs ended by Trump that are on hold dude to court challenges.

Their research found that longterm residents outnumber more recent arrivals. There are also fewer people working who are not legally allowed to be in the country. Five states had increases in the number of people there illegally: Louisiana, Maryland, Massachusetts, North Dakota and South Dakota.