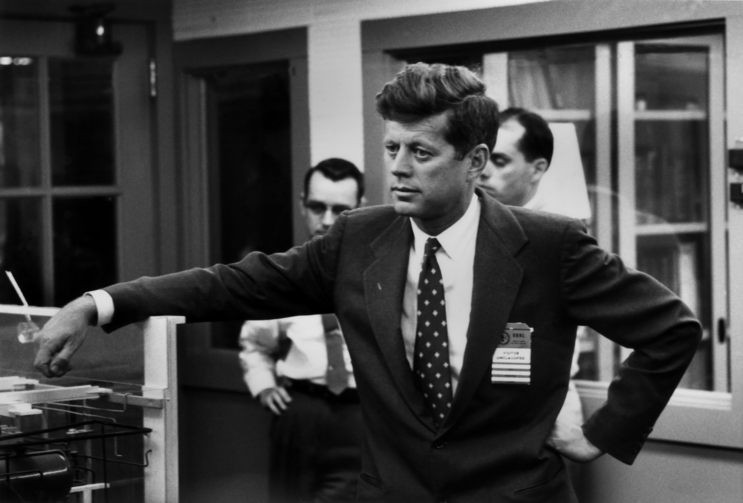 From its first issue, the editors and contributors to America have commented on topics in the news—both national and international, and concerning both the church and civil society—and have marshaled the latest facts and statistics to make their arguments. The timeline below includes selected facts from the magazine, as well as markers of the church’s growth in the United States since we began publication. The numbers may change, but it is striking how durable many topics of discussion are.

Note: Some dates below refer to America magazine publication dates, not the exact day of an event or an initial news report.

April 19: The church begins raising money for the restoration of 3,500 churches in France destroyed in the war.

April 20: The federal government requests an annual budget of $50 million to enforce Prohibition.

The most-viewed stories of 2018: Politics, the church in crisis and some much-needed comic relief
Robert David Sullivan

A look at America's most popular stories of 2017
The Editors

Aug. 31: The F.B.I. estimates that there is a murder every 40 minutes in the United States.

May 24: Seven states can boast of a Catholic population of one million or more.

The Apostolic Tribunal of the Roman Rota receives 137 annulment requests from all over the world; 51 are granted and 86 are denied.

Nov. 8: John F. Kennedy is narrowly elected as the first Catholic president of the United States. The voting-age turnout, 62.8 percent, remains the highest since women got the vote.

Oct. 11: The Second Vatican Council opens with 2,860 bishops in attendance, including 404 from North America.

Oct. 26: Walter Ciszek, S.J., is released after 23 years of captivity in the Soviet Union.

Jan. 11: “When one thinks of irreconcilable differences, the mind fastens on the 25-year-long confrontation in the Middle East. Are Arab and Israeli so far apart that any thought of reconciliation would amount to a pipe dream?”

June 7: 1.3 million Ethiopians have fled to Somalia to escape a drought and political upheavals in one of Africa’s poorest nations.

April 24: “The astonishing turnout [in El Salvador], estimated by some to be as high as 85 percent of the eligible voters, was before all else a vote against violence and intimidation….. But the coalition of right-wing parties that has emerged shows little willingness to allow the Christian Democrats…a significant role in the new government.”

Sept. 26: “Last year, 22 percent of all children under 6 years old were living in poverty. For white children, the poverty rate was 17.7 percent; for Hispanics, it was 40.7 percent, and for blacks it was 45.6 percent. Everyone knows that equal educational opportunity, the pathway out of poverty, does not exist for these children.”

Sept. 26: “We hear that thousands have died of starvation in Somalia and 1.5 million others are on the edge of death; that Serbian armed forces in a campaign of ‘ethnic cleansing’ have turned 2.5 million Bosnians into refugees and that Hurricane Andrew has left 300,000 homeless in Florida.”

May 2: Good Friday Agreement creates a 108-member Assembly with local autonomy in Northern Ireland, where an estimated 54 percent of the population want to maintain ties with Britain and 42 percent support unification with the Irish Republic.

March 1: According to a report from John Jay College of Criminal Justice, roughly 4,450 members of the clergy have been accused of abusing a total of 11,000 minors between 1950 and 2002.

Sept. 4: 100,000 pilgrims attend the canonization in Rome of Mother Teresa of Calcutta.

Jan. 3: The 115th U.S. Congress convenes with a record number of Catholic members—24 senators and 169 representatives, including Sen. Susan Collins of Maine.