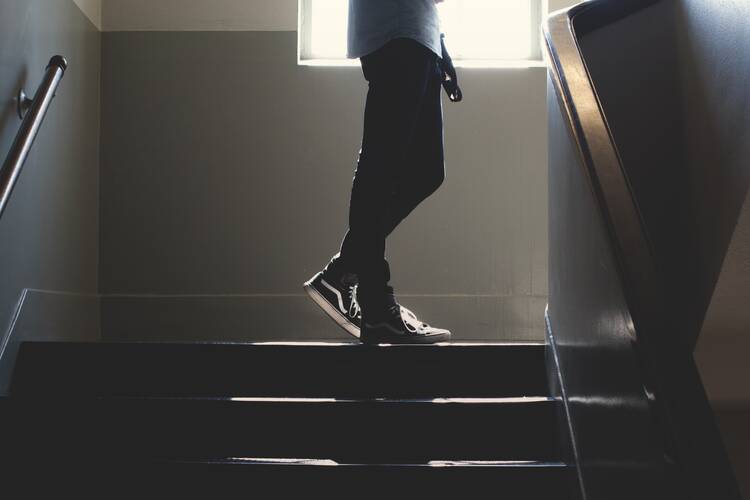 Photo by Ryan Tauss on Unsplash

Matias Benitez and Matt Chen are students at Regis High School in New York City, and in February of 2018, the teenagers started HeForShe, the school’s first feminist club. Every week, a dozen or so students gather after school to discuss the treatment of women and topical, sometimes difficult topics, like the Kavanaugh hearing. We talk to Matt and Matias about HeForShe, how they define feminism and what they hope fellow students learn from their club.

In Signs of the Times, following the massacre at Christchurch in New Zealand, Bishop Kevin Doran criticizes “faith-filled” Catholics who demonize Muslims. We discuss the upcoming book by our Vatican correspondent, Gerry O’Connell, on the election of Pope Francis. The founder of Women Church World, Lucetta Scaraffia, resigns as editor in chief of the all women’s magazine. And an archbishop in New Mexico reminds Catholics that “Santa Muerte” goes against church teaching.

Feel free to send us your questions, concerns or cocktail recipes at jesuitical@americamedia.org, or join us for discussion on Facebook and follow us on Twitter. Consider supporting Jesuitical by becoming a member of our Patreon community, where you can enter to win a free ticket to our live show in April. The live show, celebrating our 100th episode, will feature an introduction by James Martin, S.J., and a panel with the hosts and Kirsten Powers, a CNN political analyst and former guest on Jesuitical.

Exclusive: Inside the election of Pope Francis

Thanks for the encouraging article about sensitive and aware boys at Regis High School. In my Long Island community, I sometimes see a family car with two window oval stickers, Regis and Hunter. I interpret it as a smart person in a wise family: a top-notch Catholic education for free, and a top-notch college education far less costly than most. Long ago, I attended Hunter to earn needed graduate credits. The problem, of course, is that somehow male-only is written into Regis's endowment, and Hunter, having fulfilled its historic purpose, long ago dropped the female-only restriction.

This is the same quality history that tells us about the human sacrifice of 20,000 people a year being practised by the Aztecs or the child sacrifice by fire of the Canaanite to their god Moloch. .