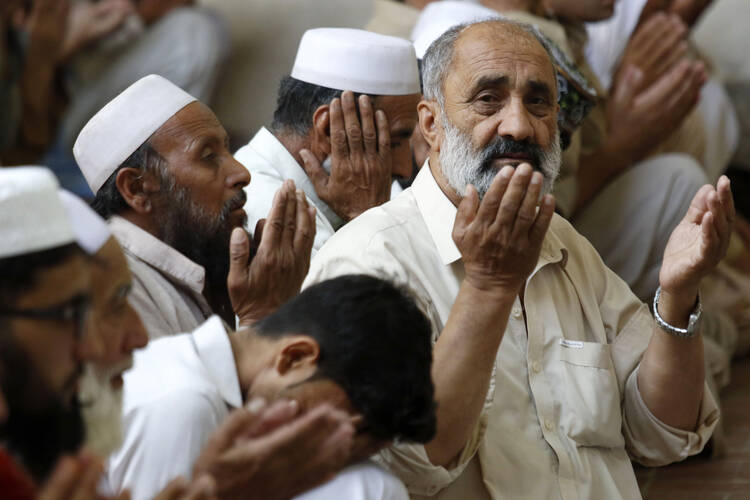 DUBLIN (CNS) -- An Irish bishop has criticized Catholics who identify as "faith-filled" while spreading fear and mistrust of immigrants, particularly those who are Muslims.

Bishop Kevin Doran of Elphin, chairman of the Council for Life of the Irish bishops' conference, told The Irish Catholic newspaper: "I've found that people who would classify themselves in some cases as traditional Catholics and faith-filled people seem to, in relation to migration and care of asylum-seekers and stuff, they'll say 'oh well these Muslims are putting our civilization at risk and they pose a threat to us.'"

Bishop Doran spoke in the wake of what he described as a "savage attack" on two mosques in New Zealand that left at least 50 people dead.

"All of us, of whatever religious tradition, can identify with what that might mean for a congregation gathered to worship," the bishop said.

Bishop Doran said it was wrong of people to demonize Muslims for the actions of terrorism claiming to be inspired by Islam.

"To define a whole category of people, or a whole nation, or a whole religious group as being in some way more prone to terrorism than any other group is irresponsible," he said.

In his experience, he said, Muslim people living in Irish society do so "peacefully and participate fully."

"We have large numbers of Muslim children in our Catholic schools, and they contribute to the ethos in many ways.

"One of the interesting things about Muslims is while they are of a different faith, they tend to have a level of commitment to faith that in many ways we might well sit up and pay attention to," he said.

In February, Bishop Doran spoke out after a disused hotel slated to house refugees was damaged in an apparent arson attack.

He said the alleged arson had caused "significant upset to parishioners," adding "it is all the more disturbing since it is suggested that the fires are a response to the proposed use of the hotel to house refugees."

"Militant opposition, expressed in the destruction of property, is simply not consistent with the Gospel."