Even at Catholic high schools, college is not for everyone 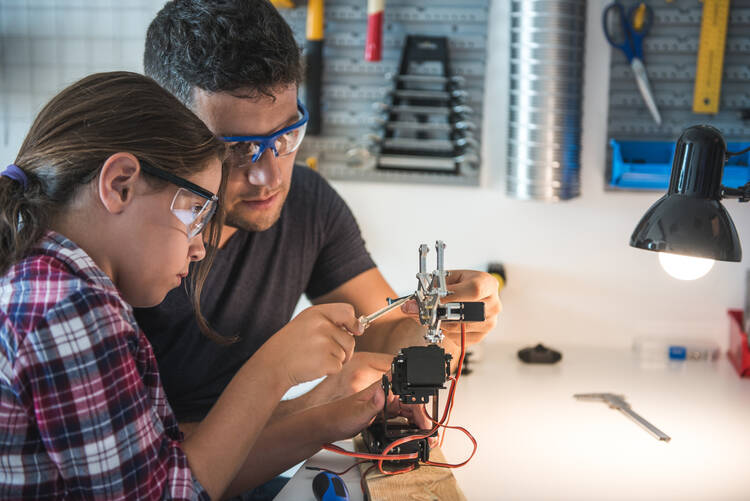 Programs in electricity, plumbing and other practical skills can allow students to get high-paying jobs immediately after high school graduation. In some cases, they earn enough to return to school. (iStock/Georgijevic)

American educators often hold up a college degree as the ultimate ticket to a comfortable life, and Catholic schools are not immune to this phenomenon. Catholic high schools are often praised for having 100 percent of graduates enroll in college immediately after graduation; meanwhile, Catholic schools without this kind of track record have found it increasingly difficult to remain open.

This is where many, including myself, have been led astray. I am in my third year of teaching in Catholic schools and my second year of teaching English at Father Judge Catholic High School for Boys, in the Mayfair neighborhood of Philadelphia. Most of our students go on to college, but many join the military, enter a trade school or apprenticeship, or go straight to the workforce.

We are proud of the different paths our students have taken after graduation and of the “Judge guys” who have chosen to serve in the armed forces, as well as the police and fire departments. A documentary released last year honored the 27 graduates who gave their lives in service to the United States during the Vietnam War, making Father Judge the Catholic school that suffered the heaviest loss in the country. Teachers here know that a four-year college is not the only way to help our graduates live up to the motto coined by our patron, St. Francis De Sales: “Be who you are and be that well.”

Some of our students will devote their lives to protecting others, caring for the outdoors, building homes, maintaining computers or working trades that do not always require a bachelor’s degree.

This is not a criticism of my students, who are are clever, capable and ambitious. Their willingness to walk with each other through the daunting challenges of life deserves nothing short of admiration.

However, some genuinely do not wish to pursue a four-year college degree. The things these students want to learn are not found in pre-calculus books or classic British novels. Some will devote their lives to protecting others, caring for the outdoors, building homes, maintaining computers or working trades that do not always require a bachelor’s degree.

College preparatory academies are the only Catholic high schools left in too many communities.

And a college degree is not the ticket to financial security it once was. College graduates in the United States now carry a collective $1.5 trillion in student loan debt, with the class of 2016 carrying an average debt of $37,172 (not counting graduate school debt). A bachelor’s degree does not always lead to a job that pays well enough to repay these loans in a reasonable time frame. According to Forbes magazine, 44 percent of college graduates ages 22 to 27 were underemployed in 2012, meaning they had jobs for which their degrees made them overqualified. Why should students with no love for academics sink themselves into so much debt when there is no guarantee they can pay it off?

The metaphor I use when discussing college with students is this: College is like a pair of soccer cleats that cost $1,000 and are guaranteed to help you play better, but in order to buy the cleats you will need to put them on your credit card and pay them off with interest. I do not love playing soccer, nor will I ever make a living playing soccer, so why would I put myself into debt to get these cleats that I do not want or need? I never have and never will tell a student that they are not “cut out” for college. Students with learning challenges, specifically those who develop a consistent work ethic and are not ashamed to accept help, succeed in elite academic settings every day. What I do say to my students is that if they want to pursue a college degree they should enjoy an academic challenge or be positive that they need the degree to pursue their passion. The bottom line is that college is extremely expensive, and nobody should pay so much money for something that they don’t enjoy and don’t know if they will use.

Why should students with no love for academics sink themselves into so much debt when there is no guarantee they can pay it off?

Catholic high schools can better prepare our graduates for the world that awaits them by introducing career and technical education (C.T.E.) programs, as Father Judge plans to do this fall. These programs allow students to take some required academic courses over the summer, while taking courses during the school year that allow them to become certified welders, electricians, plumbers, chefs, mechanics or other practitioners of trades. At graduation they can walk across the stage and right into a job that will immediately pay them enough money to begin a life of their own.

Perhaps as they mature they will wish to change career paths and return to school. They may even be able to pay for it without depending on predatory loans, thanks to military benefits or the competitive salaries they obtained because of their C.T.E. programs. The experience such students bring to their college studies after serving in the military or working full-time can only make them greater assets to any campus.

Why churches should support community colleges
The Editors

Across the country, Catholic high schools that have historically served middle- or working-class communities have closed due to declining enrollment. College preparatory academies are the only Catholic high schools left in too many communities, and acceptance is often limited to students with high levels of achievement in traditional subjects. Families who desire a Catholic education but cannot pay such high tuition, and students who have not previously thrived academically, are left with few options. The history of U.S. Catholic schools is one of uplifting people and communities at the margins of society; what a loss it would be if the only ones left were reserved for already high-achieving students whose families can afford to pay upward of $20,000 per year. Introducing C.T.E. to Catholic high schools can boost enrollment by reassuring families that their students will secure gainful employment after graduation, and it can maintain diverse options in Catholic education for generations to come.

This is both an economic and a social justice issue. Catholic schools can reaffirm their commitment to the Gospel’s call and realize their mission of serving the needs of all and not just the privileged few. If we allow Catholic education to be associated only with college preparatory schools, we have made the tacit admission that only the wealthy and top academic achievers are deserving of a Catholic education. But others are just as worthy of a faith-centered education. Catholic schools must not only make room for them but meet their needs with equal care and attention. 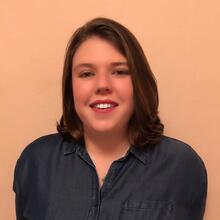 Mary McAuliffe is a second-year teaching fellow with the Alliance for Catholic Education at Saint Joseph’s University, a two-year service program in which fellows teach in Philadelphia Catholic schools.

You can safely go to college, even after regular school. I think it is possible for all students to have the same indicators as in a Catholic school. But students should be a good student and if they have questions, they can help EssayServiceScanner. The reliability of which is tested over the years. This is something that will always help you.

The question is not just whether to introduce a blue collar culture to Catholic High School but whether to create separate academic and vocational high schools, which is how much of the planet works. Students should all stay together through grade ten, possibly grouping pre-K to grade three, then four through seven then eight through ten (with no football until eleven).

Vocational schools would tailor curricula to work in everything from cooking to carpentry to cars and computers, as well as CNA and LPN. These are not easy subjects and they will involve geometry (but no trig, except for graphics) and both civics and religion would still be included.

Separate schools could be set up for ESL and remedial programs, both with religious and civic components, as well as football. Such schools would vary based in requirements, but would likely go for four years and either an associate's degree or technical credential. Such schools should be publicly funded, unionized and with additional union support in terms of teachers and curricula in vocational programs.

On the academic side, some students would go onto college/graduate work while others end their schooling and work as supervisors in a variety of settings (a track also available in vocational programs).

For a long time, Catholic education advanced education was designed for men only with a bias for recruiting priests (an option that should be opened to women). It is time to end this bias and attach the Catholic name to all types of advanced and remedial education. We might even find some new seminarians.