Why churches should support community colleges 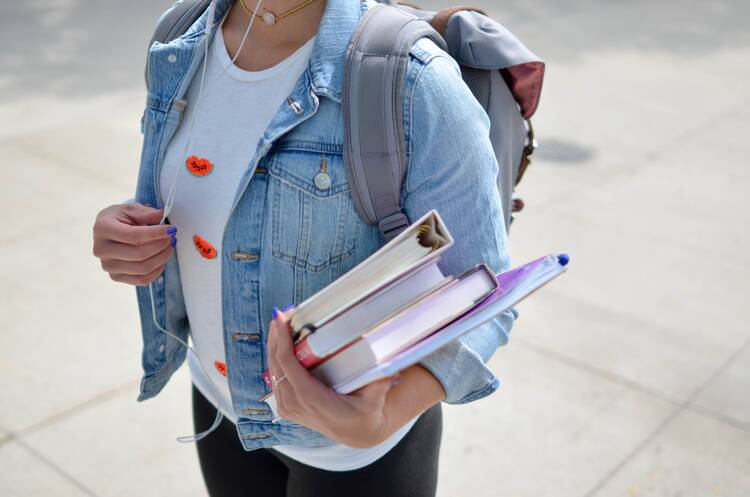 A quick glance at a newspaper op-ed page would leave many readers with the impression that the greatest threats to higher education in the United States were right-wing speakers traumatizing vulnerable students or fragile undergrads demanding “safe spaces.” As essential as the current debate over free speech on campus is, however, it is far removed from the experience of most college students.

The largest share of U.S. undergraduates—42 percent—attend a community college. These are disproportionately minority, first-generation, low-income and adult students working for the ticket to the middle class that has long been the promise of higher education in this country. For those who manage to graduate, two years of public or private college can be just that: The average annual income for adults with an associate’s degree is $43,200, nearly one-third more than earnings for people with a high school diploma ($32,600).

The Catholic Church, with its deep experience at every level of the U.S. education system, is well positioned to take on the college completion crisis.

Many students who enroll in community college, however, will never see this wage premium. According to a study by the National Student Clearinghouse in December 2017, only 38 percent of students who started at a public two-year college in 2011 had graduated after six years.

The Catholic Church, with its deep experience at every level of the U.S. education system, is well positioned to take on the college completion crisis. Last spring, for example, Arrupe College, a new two-year program started by Loyola University Chicago, graduated 52 percent of its first class (compared with a 13 percent two-year completion rate for community colleges nationwide).

Not every school or diocese, however, is in a position to start its own college. For them, Catholic Charities in Fort Worth, Tex., offers a promising model. In collaboration with Tarrant County College, Catholic Charities designed Stay the Course, a program that provides “wrap-around” services to help students navigate the barriers to graduation. These hurdles include balancing work and school (two-thirds of community college students have a full- or part-time job) and caring for children (45 percent of community college students are parents).

There are roughly 1,500 community colleges across the country educating over six million students, who face an uphill battle to graduation.

In a randomized controlled trial conducted by researchers from the University of Notre Dame and the University of Maryland from 2013 to 2016, Tarrant County students were placed in one of three groups. One group was given a personal “navigator,” who provided academic and career coaching and connected students with social services, as well as access to limited emergency financial assistance. A second group was given access to emergency financial assistance but no case management. The control group received neither services nor financial aid.

The university is not supposed to be elite. It’s meant to serve.
Nathan Schneider

The results show that students who received one-on-one coaching were significantly more likely to graduate after six semesters, while financial assistance alone had no effect on completion rates. These gains were driven by female students who participated in the full program, who were 32 percent more likely than the control group to earn a degree. Researchers also predict that the increase in students’ post-graduation earnings would exceed the cost of the program after less than five years.

Today there are roughly 1,500 community colleges across the country educating over six million students, who face an uphill battle to graduation. These institutions can be engines of opportunity for low-income students, and the Catholic Church can and should be an effective partner in those efforts.

No it is just the opposite. What op-eds do the editors read? Conservative voices are censored at universities all over the country. I can provide a hundred examples. I suggest the authors read and become acquainted with Jordan Peterson, one of the bright lights in the academic world.

An aside - A strategy for college is to purposely choose a local community college for two years and then you will have a more easier time getting into the college of your choice. Most colleges loose students, including the top tier universities during the first two years. This means entrance at an advanced stage is possible and the student is already mature and motivated so will make the best of their opportunity.

It also saves a boatload of money.

This is an excellent article, bringing the findings of a well-constructed study into the social justice discussion. The Notre Dame-University of Maryland study (worth reading!) strongly suggests that graduation success among low income community college students (especially women) can be substantially improved by frequent interaction with professional case workers who help the student deal with challenges beyond the academic realm--an improvement not attained by simply providing access to substantial funds for financial emergencies.
Pope Benedict wrote, “Charity does not exclude knowledge, but rather requires, promotes, and animates it from within.” Pope Francis urges "an integral promotion of the poor that goes beyond a simple welfare mentality." (Joy of the Gospel, No. 204).
We need more articles like this.