How can the Gospel help prepare Catholic politicians running for office?

How can the Gospel help prepare Catholic politicians running for office? 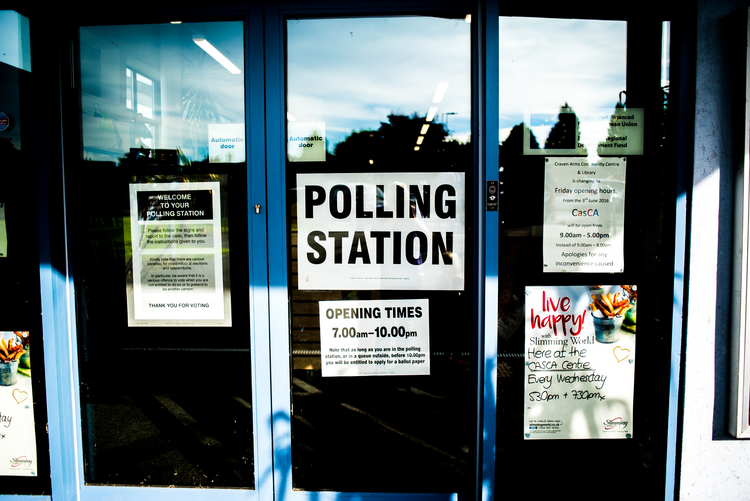 Photo by Elliott Stallion on Unsplash

This past year, I ran for the U.S. Congress in Tennessee as a Democrat who tries my best to adhere to the teachings of the Gospel and the social magisterium of the Catholic Church. During the campaign, my Catholic faith and my background doing Catholic outreach for President Barack Obama and faith-based legislative advocacy work were often met with skepticism—I was running in one of the least Catholic congressional districts in the United States.

I launched my campaign just two months before early voting began and over a year after both of my primary opponents started running. For my first campaign event, I set out for Dayton, a small city on the edge of our gerrymandered district in one of the most impoverished and rural areas of the country.

After my initial speech, a construction worker raised his hand and said: “Sir, I hear you’re Catholic. You ain’t got a chance down here. And if you head over to Van Buren County, they’ll beat you up.” This man was not alone.

Our most important job as Catholics is to spread the good news of God’s redeeming love in Jesus.

For the entire summer, I tried to convince a rural community that was 95 percent Protestant that my Catholic faith was not about blind allegiance to a political ideology, a Roman pontiff or a global institution. I consider my faith an informed discipleship to Jesus and his call to create a world where the poor are blessed, the last are first and no one is unheard, unseen or unloved.

For decades, the U.S. church has gifted its public servants with the social teachings and magisterium of the church. Too often, however, we are informing Catholic politicians of the moral and social obligations of their public service but not forming them to be public servants who are infused with the Holy Spirit and transformed by the Gospel.

Our most important job as Catholics is to spread the good news of God’s redeeming love in Jesus. Jesus Christ is the pioneer and the protector of the faith. Too often we forget that. Catholic social teaching without Jesus and his radical mission at the center is superficial. Too often those entrusted with passing down the faith have instead reduced it to what Pope Francis calls “a disjointed multitude of doctrines to be imposed insistently.”

Leading with doctrinal questions instead of the person of Jesus simply will not work among today’s skeptics of the Gospel, who are constantly under the sway of the false god of consumerism, empty political rhetoric, dictatorships of relativism, historical fundamentalism, systems of ethics lacking goodness and intellectual discourse high on privilege and low on wisdom. We must remember that the social teaching of the church did not begin with Pope Leo XIII’s “Rerum Novarum” in 1891. It began with Jesus Christ. Without him, the social teaching of the Catholic Church becomes pointless.

Catholic social teaching without Jesus and his radical mission at the center is superficial.

“When we quit moving, life goes wrong” was the theme of Pope Francis’ first homily as the bishop of Rome in March 2013. I was 23 when I first heard those words, and they helped motivate me to take a tremendous risk. I quit my job in partisan politics, took over a struggling Catholic advocacy nonprofit and “kept moving.”

Though it was only good for a strong second-place effort in the Democratic primary, over 11,000 of my fellow Tennesseans took me at my word. And in Van Buren County, the least Catholic county in the United States, where was I told violence would greet my presence, I won by five points.

Perhaps that shows us Catholic politicians that our faith’s social mission has resonance beyond the borders of the church. That’s not a claim of perfect orthodoxy (correct teaching), but rather of a growing orthopraxis (correct practice). I want to add more light and less heat to the important conversations about the role of our faith in public life, and I want to be someone who communicates in both word and deed God’s particular love for each and every person.

After all, that’s the Catholic way that seems to work even in the least Catholic parts of this nation.

Don't join the Democratic Party. It is antithetical to Christian beliefs.

J Cosgrove--that is not true.

The social justice teachings of the Church are widely represented in both Democratic and Republican parties as well as small single issue parties.. Perfectly, no but neither is the Church perfect nor are political parties nor are voters.. It is for voters to demand accountability and themselves to exemplify Catholic faith.

For example, there is no excuse for lying, deceit, sins of pride, covetousness, assaults upon the body or soul of others, racism, white nationalism, or sexism and shunning the poor and refusing to shelter the stranger. It is also unacceptable to reside in the near occasion of sin, for example consorting with neo-Nazi's, or those who advocate violence toward others.

Christopher, you say this:

"Leading with doctrinal questions instead of the person of Jesus simply will not work among today’s skeptics of the Gospel..."

We should all be skeptics of the Gospel, scripture in general and the teaching of the Church. That is how a formed Catholic conscience is developed and the affirmation of faith God desires from us can come only after skepticism has yielded to belief. That yielding is not a product of conscription but comes instead by testing all ideas, all teachings. Buddhists say they should be burned in the fire of life and if what remains is pure gold, celebrated as truth and passed on.

Which brings us back to your essential rightness about starting with Jesus. He tested (and was tested) all things in the fire of life and eventually did so in the most selfless way possible. That is why we must start with him and so often arrive at faith in his teaching because he was, at the end of his human life, remnant gold.

The Church and Magisterium? Well...not so much, but mostly? Yes. Thus let skepticism abide as the virtue it is until the fire of life reveals the true nature of all that is taught.

This article also appeared in print, under the headline “Running for the Gospel: How Catholic social teaching can help politicians ,” in the October 29, 2018, issue. 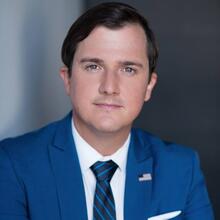 Christopher J. Hale was a Democratic candidate for the U.S. Congress in Tennessee’s 4th District. A practicing Catholic, he has spent his career working on the intersection of faith and politics and help lead Catholic outreach for President Obama.