We must not let fear drive our immigration debate 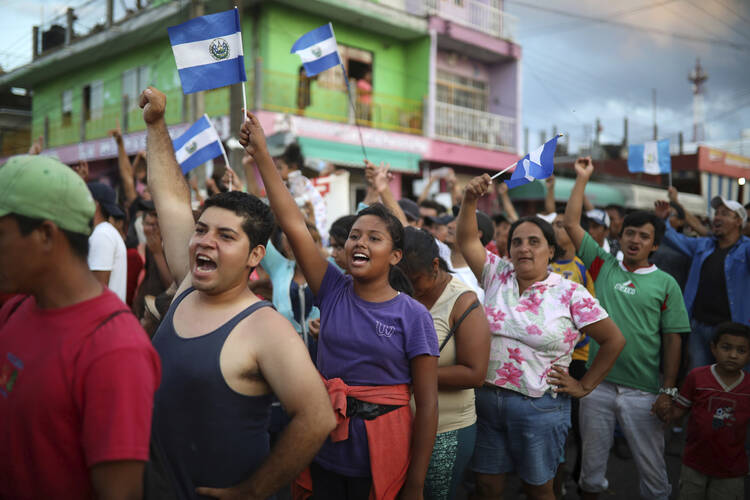 Once again, our emotions have gotten the best of us on immigration.

This time, it is that caravan. Almost a week ago, Buzzfeed reported on a group of mostly Honduran immigrants who were making their way through Mexico. Pueblo Sin Fronteras, an immigrants’ rights group, organizes the caravan each year to draw attention to violence in Central America.

But this year was different. The story about the caravan caught President Trump’s attention. Sure enough, he used the caravan to justify building a stronger border wall.

Once again, our emotions have gotten the best of us on immigration.

“The big Caravan of People from Honduras, now coming across Mexico and heading to our ‘Weak Laws’ Border, had better be stopped before it gets there,” Mr. Trump tweeted.

Buzzfeed has since reported that many from the caravan have been given asylum in Mexico, while others will continue the trek to Mexico City. Only those with “valid asylum claims” will travel to the U.S.-Mexico border.

The caravan has done more to power the Trump administration’s call for border security than to highlight the violence in Honduras, El Salvador and Guatemala. Yesterday, Mr. Trump said he would send the military to guard the border.

It is convenient to blame one person for all this anti-immigrant rhetoric. But it goes far beyond one person. The rhetoric is also fueled by fears of what this nation may become as it grows more Latino or simply less white.

Millions of Americans support Mr. Trump. His Real Clear Politics approval average is above 40 percent. It is foolish to brush away his views on immigration as out of touch with middle America.

It is foolish to think a border wall will stop this country from becoming more Latino.

This immigration stalemate will not be broken by anger. The solution will not come about by giving into our fears. It is long overdue for us to set aside our emotions and partisanship and find a way forward.

Our fear of the unknown and anger toward each other can be vanquished only through genuine encounters. We must push past caricatures and try to understand those with whom we disagree. This issue is ripping our country and our continent apart.

Once again, our emotions have gotten the best of us on immigration

And the author is again guilty of basing his arguments on emotions. Or is it threats now?

We must push past caricatures and try to understand those with whom we disagree. This issue is ripping our country and our continent apart.

Yes. I agree and the first place to start is to get rid of the fear mongering and shaming by the authors of America. Let each author put on the table what he or she believes the US immigration policy should be by basing their recommendation on what has worked in other places in the world. Make sure it is reasonable. Hint open borders is not a viable option.

The caravan has done more to power the Trump administration’s call for border security than to highlight the violence in Honduras, El Salvador and Guatemala.

Authors on America have done little to discuss the origins of the violence in Central America. Hint why are we not talking about Costa Rica? And what should be the types of government in the countries from which these illegal immigrants are coming so that they will not feel a need to leave. What caused the terrible governments?

Is it Latino culture that is so toxic? If so are the authors recommending to all immigrants from Latin countries abandon their culture when they come here.

When all these issues are answered then any author on America recommending a change in immigration policy will have some credibility.

I am a Latino physician so the onslaught of Latino immigrants legal or otherwise will not impact me dirctly but I am concerned about the impact on my native born Latino fellow citizens who because of previous policies by local governments ended up in poor neighborhoods with their attendant poor schools that are poorly funded resulting in unacceptable college readiness rates thereby severely limiting their economic opportunities . When the huge numbers of immigrant children are added to the school rolls and very little additional funds are made available then we have more unacceptable results. I thought charity begins at home. If the native Latino citizens were triving then I would feel comfortable sharing our largesse but on average it does not exist.

"It is long overdue for us to set aside our emotions and partisanship and find a way forward."
While we can set aside our emotions we should not have to set aside the fact that United States proudly proclaims that the country is a nation of laws and illegal immigration from any country and for any reason breaks that basic principle.
The way forward is simple, obey the immigration laws of the United States, that is the legal, practical and non-emotional solution to the immigration problem.

This nation needs a fruitful dialogue about immigration. It has not been helpful to have an ignorant and hateful man in the White House who works to increase every division, coarsen public dialogue, and proceed with political moves intended to offend other countries. A big part of the horror show that is the Trump administration is that it has made the ugliness of racism very visible.

So we have decided to have the choices cheats online when we are looking to get the diamonds from here.

The worst fomentors of fear and distrust are the US Catholic bishops with their endless statements on the threats that the Trump administration poses to those poor, helpless undocumented "migrants."