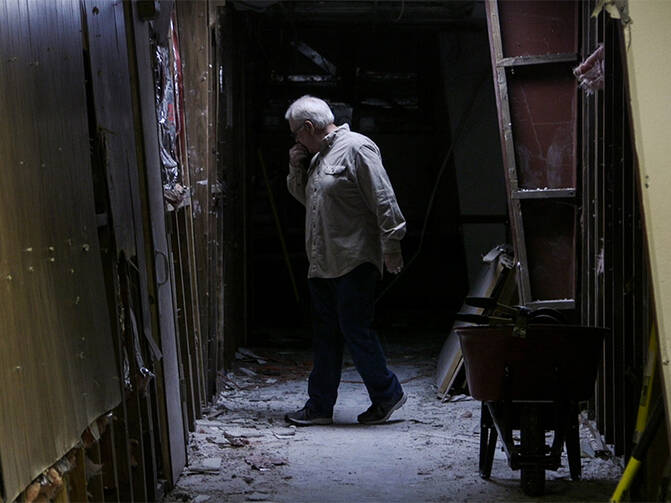 WASHINGTON (RNS) — After lawsuits and a Supreme Court decision, the Federal Emergency Management Agency has issued a new policy extending disaster relief to churches, synagogues and other congregations.

Addressing a church-state separation issue, the agency’s latest policy guide says FEMA made the change so houses of worship aren’t considered ineligible “on the basis of the religious character or primarily religious use of the facility.”

It cites the June 2017 decision by the U.S. Supreme Court in Trinity Lutheran Church of Columbia v. Comer, in which the high court ruled 7-2 in favor of a Missouri church that claimed religious discrimination after it was refused state funds to improve its playground.

In FEMA’s previous guide, language deemed private nonprofits ineligible for aid if they primarily offered religious activities — including worship and religious instruction. That language has been removed from the policy guide released Tuesday (Jan. 2).

President Trump tweeted in September that Texas churches should be “entitled to reimbursement from FEMA” for aiding Hurricane Harvey victims. Texas officials followed up and asked him to change the FEMA policy so affected houses of worship could get rebuilding assistance.

“Better late than never,” said Daniel Blomberg, a lawyer with the nonprofit law firm Becket, which represents the Texas churches and the Florida synagogues. “By finally following the Constitution, FEMA is getting rid of second-class status for churches.”

President Trump tweeted in September that Texas churches should be “entitled to reimbursement from FEMA” for aiding Hurricane Harvey victims.

And Larry T. Decker, executive director of the Secular Coalition for America, said: “A government that truly values religious freedom can never be in the business of building churches.”

But Nathan Diament, public policy director for the Union of Orthodox Jewish Congregations of America, hailed the policy change, which his organization sought for more than 15 years.

“We thank the Trump Administration for righting this long-time wrong and treating disaster-damaged churches, synagogues & other houses of worship fairly — on the same terms as other nonprofits such as museums, community centers and libraries stricken by natural disasters,” he said in a statement.

Diament hopes the Senate will soon pass legislation recently approved by the House that would make the policy change a part of federal law.

The courts also are continuing to consider the suits by houses of worship. A judge denied the churches’ request for a temporary restraining order in December and their case is on appeal. The synagogues’ case is pending in a district court.