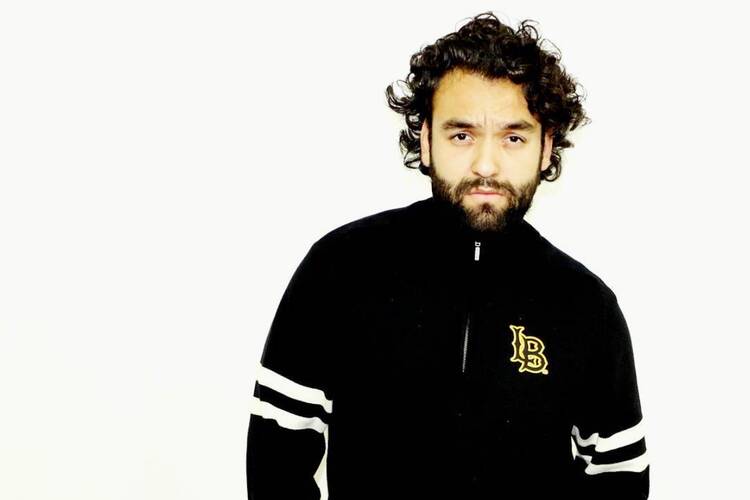 Without legislative action from Congress, Paulina Ruiz’s legal status will change next year. She is one of 800,000 undocumented immigrants who came to the United States as children.

The Deferred Action for Childhood Arrivals (DACA) program, created under an executive order by President Barack Obama, had protected this group of immigrants, popularly known as Dreamers, since 2012. But in September, President Donald Trump announced that this protection would end on March 5, 2018.

“There are thousands of DACA recipients who have already lost their status as we speak, so now it’s even more urgent for a solution to come about,” says Ruiz, 26, explaining that more than 22,000 immigrants who had DACA protection are already subject to deportation.

Ruiz’s parents brought her to the United States from Chihuahua, Mexico, when she was 6. They came seeking treatment for her cerebral palsy.

“The medical treatment in Mexico was very costly,” Ruiz says. “There wasn’t much doctors could do to help me have a better, healthy life.” Now, facing the possibility of deportation, she says life back in Mexico would be challenging. For one thing, even in Mexico City the infrastructure does not take into account the needs of those with disabilities.

“We are ready to fight for a solution, but we are also preparing for the possibility of our [legal] status being lost,” she says of herself and other Dreamers. She hopes Congress will find common ground and pass legislation soon.

“We are ready to fight for a solution, but we are also preparing for the possibility of our [legal] status being lost.”

It is unclear whether Congress will be able to pass any legislation to protect Dreamers before the end of the year. Kevin Appleby, senior director of international migration policy for the Center for Migration Studies of New York, says the Dreamers are being overshadowed by the need to pass federal spending bills and the Trump administration’s push for a major tax bill.

He says legislators who support Dreamers can insist on their protection as part of any federal budget deal. But that is a tough sell for Republican leadership, Appleby says, noting that the G.O.P. has a vocal, highly restrictionist wing.

“Every day, 122 DACA recipients [become] exposed to deportation because their qualifications expire. So this is a very urgent issue,” Appleby says. “We haven’t seen any indication that they’re being deported immediately, but in due time that will occur. Dreamers will be deported to countries they do not know…. Every day that a deal is [put off] you’re going to make more young people go back into the shadows and live in fear.”

There is bipartisan support for protecting Dreamers. On Dec. 5, 34 Republicans sent a letter to Speaker Paul Ryan urging passage of some sort of legislative measure to benefit Dreamers before the end of the year. In October, a Marist Poll found that 83 percent of Americans—and 74 percent of Republicans—believed Dreamers should be allowed to remain the United States. Of those polled, 58 percent favored a path to citizenship.

“Every day that a deal is [put off] you’re going to make more young people go back into the shadows and live in fear.”

“We’re starting to see a growing chorus of individuals who are saying we have to come to the table and find a solution here,” says Ashley Feasley, director of migration policy and public affairs at the U.S. Conference of Catholic Bishops. Of the proposed measures, the U.S. bishops have been most supportive of the Dream Act, which has the broadest protection and a path to citizenship. As Ms. Feasley notes, the bishops have been advocating for the Dreamers since 2001.

“The bishops, following Catholic social teaching, do recognize the right of sovereign nations to protect their borders,” she says. “But right now, we’re in such a crunch period. People need to sit down and think about getting this done, getting to something that people can agree on.”

The delay has a human cost, according to Christopher Kerr, executive director of the Ignatian Solidarity Network, an advocacy group dedicated to social justice education. His network is involved with grassroots advocacy that engages Catholic students at the high school and university level.

“Every day that we wait, we play with their lives,” Mr. Kerr says. “These are young men and women who are studying, working, have families and they don’t know where they’re going to be in the next few months. It hurts them, it hurts their families and it takes away their potential contribution to this country.”

He believes legislation is stalled because “we live in a time of extremes.” Politicians are “worried that a small group can have a significant impact” on primary and general elections that often have low turnout rates, Kerr says. That small group of voters complicates the path for legislative protection for Dreamers.

This uncertainty is one Carlos Mendez, 27, who came to the United States with his parents when he was 3, knows well. The filmmaker graduated from Cal State Long Beach and has already produced several documentaries. He also knows the exact number of days before his DACA status expires—409 at the time of his interview with America. Many of his friends have fewer.

“I know a lot of people who have 200 or 100. It’s a countdown of what’s going to happen next,” Mr. Mendez says. “Am I going to have to go in the shadows? It’s tough. These are not little kids. These are young adults. They have a family structure, have a mortgage. But now, this can call be torn away.”

“This is the place of the American dream,” he says. “Everything that’s happening right now is overwhelming. But we have to continue to fight, not just for the Dream Act, but also for our parents. We have to come together and unite.”

DACA is just like the TPS program (Temporary Protective Status) the goal for Democrats is permanent placement in the U.S. "Delayed" or "Temporary" are just terms used to mislead. These are programs used by Democrats to import as many refugees from third world country's as they can then fight to keep them permanently. So their answer is pass a "Dream act" legalize millions of illegal aliens (DACA.) But they don't want to separate families..... so add another 1-2 million. Same with the TPS program. Chain migration. Obama put a warm and fuzzy name on it "Dreamers." Have you noticed the Democrats have actually changed the language. It's not illegal alien anymore its "Immigrant." They're not adults, they are "Kids" or "children."

One in four American citizens unemployed. 40,000 veterans homeless and unemployed but illegal aliens security is the top priority? and why do they demand for a "clean" Dream act? why do they oppose border security? you would think DACA woud be happy just getting to stay. They (DACA / Illegal alien activists) want more crossing the border illegally.

There is an estimated 800,000 DACA recipients in the US. That is 800,000 jobs American Citizens don't have or will be in competition for.The MSM and Democrats would have us believe that all 800 thousand DACA and TPS are not taking jobs Americans want. There not all picking strawberries they take great Jobs. Good enough jobs to buy homes put their kids through college.

So when you hear of the "contributions" by illegal aliens paying taxes. Remember that also is also at a cost in jobs citizens should have. Why must the citizens of our country have competition for jobs, education in their own country from foreign nationals?

"Some" of the costs associated with illegal immigration.

*The cost of educating illegal aliens children is staggering. From K-12 it costs taxpayers $122,000 for EACH illegal alien student. This doesn't even reflect the millions and millions of dollars spent on bilingual education teaching illegal aliens to read and speak English. We've been paying this for decades

*Currently state officials are appropriating millions of taxpayer dollars for legal fees to to file law suits and in defense of illegal aliens being deported. California, Oregon, NY, Wash, Colorado are just some of the states.

*2012 illegal aliens sent home $62 BILLION in remittances back to their countries of origin. This is why Mexico is getting involved in our politics.

*30% percent of all Federal Prison inmates are illegal aliens. Does not include local jails and State Prisons. At $21,000 per year expense per inmate in Federal Prison---U do the math.

*$3Million Dollars a DAY is spent to incarcerate illegal aliens, I repeat 3 MILLION a DAY to process Illegals in the Criminal justice system.

Can the church start providing sanctuary?