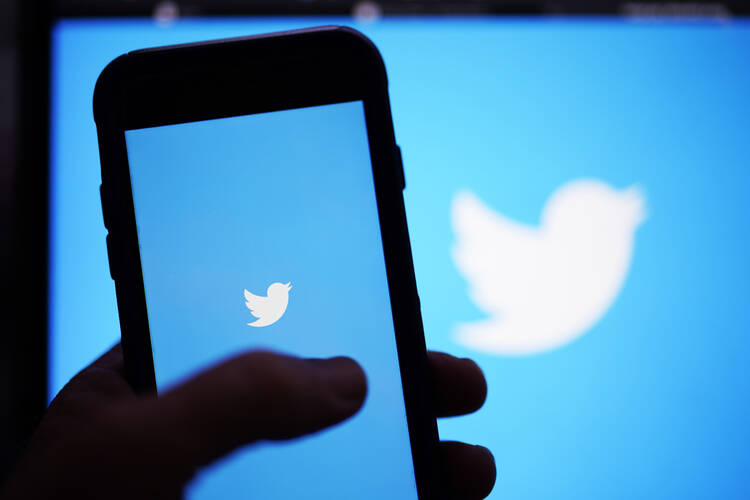 Those who are engaged in the work of social communications full time like to point out that the only new, nonliturgical worldwide celebration called for by the Second Vatican Council was World Communications Day, set aside each year for the universal church to reflect on the wonderful “new avenues of communicating,” which affect “not only the eternal welfare of Christians, but also the progress of all mankind.” It is usually held on the Sunday before Pentecost, but the pope announces the theme for the forthcoming World Communications Day on Sept. 29, the feast of St. Gabriel.

Now one might be tempted to think that this is a lot of fuss for one day of reflection on a single topic, until one considers that, for Christians, the ministry of social communications does not exist for the sake of mere speech but for the one who is himself the Word. “Communication is more than the expression of ideas and the indication of emotion,” says “Communio et Progressio,” the 1971 pastoral instruction. “At its most profound level, it is the giving of the self in love. Christ’s communication was, in fact, spirit and life.”

For Christians, the ministry of social communications does not exist for the sake of mere speech but for the one who is himself the Word.

With that in mind, it is easier to understand why Pope Francis has chosen this theme for World Communications Day 2018: “The Truth Will Set You Free: Fake News and Journalism for Peace.” Ordinarily, I caution American Catholics against thinking that every papal utterance is directed to the American church. The pope has a lot on his mind, and it is not always just our unique ecclesial challenges. But I think it is safe to say that the Vatican had the United States foremost in its mind when it recommended that the church should use 2018 to reflect “on the causes, logic and consequences of misinformation in the media” and “to promote professional journalism, always seeking the truth, a journalism for peace.”

A quick glance at our Twitter feeds shows why. “The short-term, dopamine-driven feedback loops we’ve created are destroying how society works,” Chamath Palihapitiya recently said. And he should know. Mr. Palihapitiya is a former executive at Facebook. Due in large measure to the ways we are using social media, he said, there is “no civil discourse, no cooperation; [just a lot of] misinformation, mistruth.” It seems, then, that the pope’s chosen theme is particularly apt. So I asked myself what I might do on social media to improve the situation. What could America Media do that would place us more firmly in the solution camp?

What could America Media do that would place us more firmly in the solution camp?

Pope Francis: The media needs to avoid the sin of spreading fake news
Gerard O’Connell
What emerged was a set of suggested guidelines for Catholics on social media. Call it “The Catholic Social Media Compact.” As we head toward the 2018 World Communications Day, America Media will reflect on these propositions and recommit ourselves to pursuing the truth in love (our motto, after all). Would you like to join us in that work and perhaps sign on to the compact as well? We invite you to join us in imagining what the world might look like if we all agreed to observe these 10 principles and practices:

1. We will treat every individual, especially those with whom we disagree, with the respect owed them as children of God. While engaging in spirited disagreement and debate, we will pursue the truth in charity and seek the good of the other in all we do.

2. We will presume, as far as possible, the good intentions of our interlocutors. We will not attribute an opinion to someone that he or she has not openly declared or is not logically implied by his or her actions. We will seek to build up, not tear down.

3. We will, as far as possible, question the logic, truthfulness and morality of propositions, rather than the motives, integrity or moral character of persons.

We will, as far as possible, identify and celebrate the good, the true and the beautiful as much as we name and challenge what is immoral, unjust or evil.

4. When conscience or the demands of justice prompt us to challenge people or institutions, we will not merely denounce the actions of others. As far as possible, we will propose an alternative, genuinely constructive course of action.

6. We may employ levity and irony, but we will avoid sarcasm, sneering and hostile humor, which are destructive of comity and dialogue.

7. Even when we are the objects of calumnious attacks, we will not use a sharper mode of response than befits people of faith.

8. When we are wrong, we will promptly admit it, correct the public record and ask for forgiveness.

9. We will, as far as possible, identify and celebrate the good, the true and the beautiful as much as we name and challenge what is immoral, unjust or evil.

10. We will seek to bear witness to the one we serve in all our words and deeds. Accordingly, before posting content to social media, we will recite the prayer, “Lord, open my lips and my mouth shall proclaim your praise.”