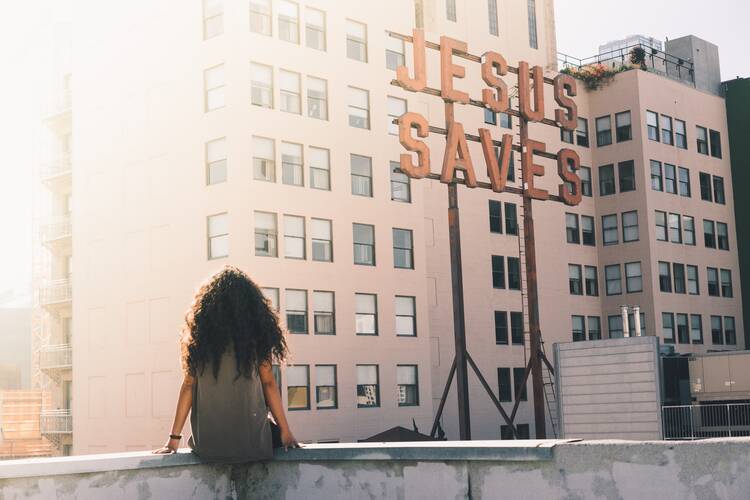 On Nov. 20, Hannah Paasch and Emily Joy created #ChurchToo, a Twitter movement that invited the victims of sexual harassment and abuse in religious spaces to share their stories and experiences. “Given the reckoning that Hollywood and Washington are undergoing with the abuse allegations coming to light, it seemed right to shine that same light on the [Christian] church,” Ms. Paasch tells me.

Ms. Paasch and Ms. Joy were both raised as evangelical Christians. “Both of our fathers were, at varying times, pastors and missionaries, so we spent time in a variety of different kinds of conservative Protestant churches growing up,” Ms. Joy says.

The two first met at Moody Bible Institute in Illinois. In an article on Dec. 4 for the Huffington Post, Ms. Paasch shared that a few months into their friendship, Ms. Joy admitted to her that at the age of 16 she had been abused by a church youth leader. “When the truth came to light, it was Emily who had been censured by her peers in the youth group, punished by her parents and generally ostracized from the cult of good reputation at her local megachurch,” Ms. Paasch wrote.

Ms. Paasch also described her own experience with sexual assault, which did not occur in a religious space. But her response to the attack was shaped by the purity culture of her evangelical upbringing. “When I staggered home, still half-mute from the effects of the date rape drug I’d ingested, I was prepared to sweep the whole thing under the rug, blinded by guilt and shame,” she wrote.

The women created #ChurchToo as a platform where survivors can come forward and begin to heal and realize they are not alone in their experiences of assault in religious contexts. It also creates accountability for church members. “By pushing the conversation into the public square, it normalizes talking about these things and opens the conversation that churches really need to have—namely, how are they going to prevent abuse from happening in their midst,” Ms. Joy tells me.

The women created #ChurchToo as a platform where survivors can come forward and begin to heal and realize they are not alone.

The responses have poured in. Jamie Lee Finch tweeted that “during a church service, I was on the receiving end of a public confession from a close male friend who admitted to having fantasies about molesting and raping me.” Emily McGlawn shared that at the age of 13 “a prominent church member molested me and I reported him to the church. The church covered it up, fired my father, and made the church member an elder.” Another user, M. Vazquez, posted: “My supervisor had me in his bedroom. door closed. Music videos full of mostly naked women on the screen. ‘Leading me in ‘prayer’ to make me straight like him.”

Madison Edwards, like many others who tweeted, is sharing her abuse publicly for the first time by contributing to #ChurchToo. Born to a “conservative, Christian pastor” and raised within the evangelical church, she attended nondenominational churches her entire life. “My very first boyfriend was a prominent figure in his church youth group,” Ms. Edwards tells me. “He sexually assaulted me for about a year, the length of time in which we were together.” For years, fearing retribution, she did not come forward. She says she was unable to end the relationship because it would have gone against the church teaching she had heard her entire life.

“I was taught to endure and pray for my trespassers, not to hurt them back,” she says. “The message of Christ is often one of perseverance, of loving your abusers. When I eventually did break up with him, I was devastated—not just because my first relationship was a disaster but also that I felt like I was not being like Jesus, that I was giving up.”

Today, Ms. Edwards’s husband is in divinity school, and she is still, through his work, involved in the church. But she no longer believes in God. “The only god I was taught to ever love and trust enabled my abusers and taught women [that] we are inferior. Having finally let go of the idea that there is some all-powerful, superior being in control of everything in this universe has finally helped me stop feeling so betrayed, so forgotten, so ashamed of my lack of faith,” she says.

Madison Edwards, like many others who tweeted, is sharing her abuse publicly for the first time by contributing to #ChurchToo.

One reason that sexual harassment and abuse so often go unchallenged in Christian circles is what Ms. Joy refers to as “toxic theology.” She says that “patriarchy and purity culture I think are two huge theological contributing factors to the reason we have the epidemic of sexual assault in the church that we currently have.”

Ms. Paasch adds: “I think that the patriarchy has infiltrated Western Protestant evangelicalism to such an extent that the two are nearly inseparable. We have so woven purity culture and rape culture into the fabric of the Western church that it has created a breeding ground for rampant abuse. While individual abusers need to be outed, we recognize that this is ultimately a systemic problem and must be addressed as such.”

While most of the survivors sharing their stories hail from evangelical spaces, Catholic communities have also faced allegations. Sick Pilgrim, an online Catholic community founded in 2015 as a safe space for those recovering from spiritual abuse, has severed ties with co-founder Jonathan Ryan. Several women have alleged that Mr. Ryan sexually and spiritually abused them, including co-founder Jessica Mesman Griffith. She writes that in August, Mr. Ryan “grop[ed] me after I’d had too much to drink.”

When my daughters joined #MeToo, I knew I had to tell my story.
Valerie Schultz

The problem is endemic across Christian denominations. Ms. Joy says that one of the ways to fight it is to prioritize placing women in authority positions over men. By placing more women in power, Ms. Joy tells me, you can create “an environment where you can’t get away with sexual abuse or assault without facing massive consequences personally and legally.”

Ms. Paasch and Ms. Joy are pleased—and surprised—by the power #ChurchToo has garnered, and they hope it continues to challenge Christians to change the factors that have allowed sexual harassment and abuse to exist in religious spaces.

Good on you Hannah and Emily. Coincidentally, or better still, moved by the same 'spirit', I also created a website called Catholic#MeToo (catholicmetoo.com) around the same time (October 24, 2017). Unfortunately, I'm not a whiz at getting this stuff out there. However, I do hope that over time, people/victims/survivors will pluck up the courage to tell their stories on our websites. When they do, others will recognise themselves in those stories and all the patterns of professional/clergy sexual abuse of adults become clearer. Then we can talk amongst ourselves and gain strength and wisdom and help others and call the churches to account, and to change. Hopefully we can get the ball rolling together and reveal this other dark undertow within the churches. All the best. And thanks Olga for getting the story out there, too.