I am a sexual assault survivor. The psalms gave me new words to define myself.

I am a sexual assault survivor. The psalms gave me new words to define myself. 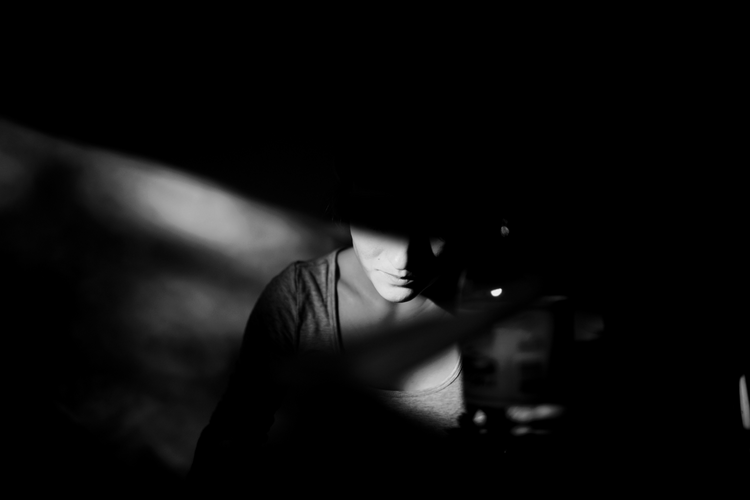 I am a survivor of sexual assault.

Even though it happened seven years ago it took me years to say these words out loud, to make them a part of my story and identity. I was 16-years-old and was assaulted by my first boyfriend. We had been dating for four months.

I first said these words to trusted friends, who in turn encouraged me to share them with trusted adults. As I moved from counselor to counselor, I checked the box on the intake form marked with the words “sexual violence” or “sexual trauma.” These words defined me, altered the way that others related to me, shaped my capacity for future love and intimacy. They snuck up on me in casual conversations and when I watched the news, bringing with them flashbacks and sleepless nights. These words strained my relationship with God; I wrestled with rage and confusion hidden behind the words of hollow prayer.

These words defined me, altered the way that others related to me, shaped my capacity for future love.

These words named what happened to me, but they did not offer me healing.

The power that words have over us as human beings is incredible. Knowing the words of other languages allows humans to discover worlds and truths that we have never lived. Words form phrases that can change the entire course of a human being’s life. Words like: “Will you marry me?” or “I don’t love you anymore.” We can find strength from “I’m proud of you” or recoil at another’s utterance of “You should have known better.” Finding the right words can relieve us from the labor pains of emotions, experiences and thoughts that before had no name.

Maybe that is why I kept searching for words, any words that would offer me a lighter heart. I tried to draw breath from stories of the lives of the saints, to gain balance from self-help books on resilience, to steady myself on my favorite childhood verses from the Gospels. I took my thoughts and emotions to prayer but could not find the words to express even half of the rage I felt.

I took my emotions to prayer but could not find the words to express even half of the rage I felt.

A few months into my search, I attended a retreat that focused on darkness—specifically, finding the divine in the pain, suffering and uncertainty of the human journey. At the beginning of the retreat, each participant was given psalms to pray and reflect on in a small group. After receiving my assignment, I soberly joined my group, trying to swallow any hope that I could find healing on the retreat, much less in a psalm.

I might have encountered Psalm 88 before the retreat, but if so, I had never let it sink in. Perhaps I would not have been able to hear it until after the trauma I experienced. Now, my anger, my confusion, my worthlessness, my anxiety, my irrational thoughts—they were all absorbed by the terrible words written and spoken centuries before I came into being. In these ancient words I found new freedom to confront my Creator in anger, asking God a question, using the most important word I knew: “Why?”

Psalm 88 named so many aspects of being a survivor of sexual assault.

This psalm named so many aspects of being a survivor of sexual assault. It gave a name to the statistic I had become, to the gateway that would cause me to be highly susceptible to depression and anxiety and eventually consider suicide: “For my soul is filled with troubles; my life draws near to Sheol. I am reckoned with those who go down to the pit” (Ps 88:5).

It expressed the lifeless and confused state of being that I assumed after my assault and my futile struggle to be understood and loved by others: “Because of you my acquaintances shun me; you make me loathsome to them; Caged in, I cannot escape” (88:9).

No other words that I had known gave sound to the way of life that trapped me for a large part of my young existence, to the unasked for knowledge of mental, physical and spiritual suffering from the age of 16: “I have been mortally afflicted since youth; I have borne your terrors and I am made numb. Your wrath has swept over me; your terrors have destroyed me” (88:16).

Having found my voice in the cries of the ancient psalmist, I was again able to hear the response of my Creator.

Finally, the words that I had been searching for found me. Psalm 88 is a lament, an almost scandalous confrontation with God. The end of the psalm provides no expression of relief, no glimpse of hope or redemption. It complains, sighs and wails at the Creator, questioning the purpose of being created in a state of extreme suffering and separation. Through the words of a psalm, my pain had finally become incarnate.

Having found my voice in the cries of the ancient psalmist, I was again able to hear the response of my Creator. They were the words of Jesus as he dies on the cross: “My God, my God, why have you forsaken me?” (Mk 15:34).

Remain Here With Me: Recovering from the trauma of rape
Joan Miller

In Christ’s passion and resurrection, pain and abandonment do not have the last word—but neither are they completely erased. While the blood has been cleaned and the body anointed, the wounds of Christ remain. Survivors of sexual assault also carry wounds like these: no longer bleeding but still present. My path toward healing was not found in denying suffering or rushing to “be O.K.” My new way of life began in finding the words that articulated the agony and chaos left with me after the assault.

While I am not completely healed, and I am not sure I ever will be in this life, having the language to express the depth of darkness that I found myself in for a large part of my life is freeing. Since making Psalm 88 a part of my story, I am no longer trapped by a phrase that identifies physical events; I am instead freed by an expression of the most intimate corners of my soul. “Sexual assault survivor” are no longer the words that define me.I am not whole yet, but I am waiting. I am searching. I am gradually moving toward a day when another word I can use for my own wounds is redeemed.

For several years the imprecatory psalms were a puzzle to me. It was only when I viewed many of the most difficult verses from the point of view of the lonely, persecuted, assaulted Jesus that they began to make sense. To me now no other part of scripture teaches better how human Christ was.

Thanks for sharing, and glad you found a treasure to be a part of your healing... I too find the Psalms help to express my current state to God...

Sophia Stein (a pseudonym) is a doctoral student at a Catholic university.