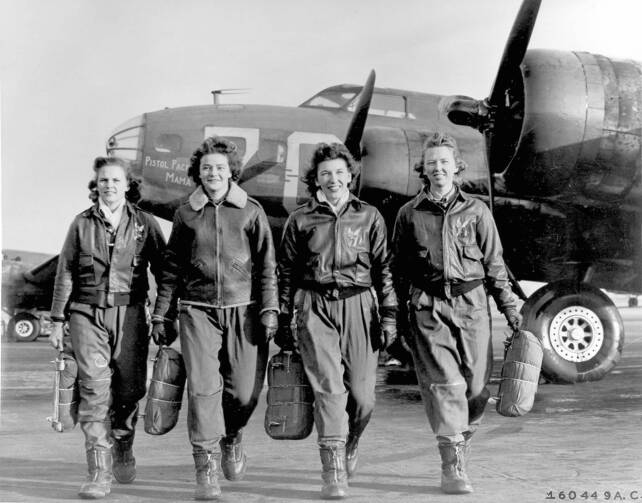 Strangely enough, I received the news alert informing me that Britain’s Prince Harry is engaged to be married while I was watching “The Crown,” the Netflix original drama about the early reign of Queen Elizabeth II. It’s great television, especially for moderate Anglophiles like me; a beautifully produced portrait of a fascinating woman, whose reign has spanned seven papacies, 12 U.S. presidents and 13 British prime ministers. During her more than 25,000 days as queen, this longest-serving British monarch has given the royal assent to 3,500 acts of Parliament and visited nearly every country on earth.

“I declare before you all,” she said on her 21st birthday, “that my whole life, whether it be long or short, shall be devoted to your service.” Such public devotion to duty might seem quaint nowadays if not for the fact that the queen has kept that promise for 70 years and counting.

That got me thinking about the countless women throughout the world whose devotion to duty and service largely make life possible. Whether occupying a throne, or keeping a home, or running a multinational corporation, their contributions—too often overlooked—speak to what Pope Francis has called the particular “genius of women.”

Whether occupying a throne, or keeping a home, or running a multinational corporation, their contributions—too often overlooked—speak to what Pope Francis has called the particular “genius of women.”

Take Bette Nash, for example, the American Airlines flight attendant who last month celebrated 60 years of service. She began at Eastern Airlines the same year my own mother did, during the Eisenhower administration, when flight tickets cost 12 dollars and you didn’t need a reservation. Over the years, Eastern Airlines was acquired by this or that carrier, eventually merging with American Airlines. Through all those transitions, not to mention dramatic social changes, Ms. Nash has missed hardly a day’s work.

“My favorite part of flying over the years has been greeting my passengers as they board and deplane. People really are fascinating and it’s truly been a joy,” she told The Washington Post. With all those miles logged, Ms. Nash could fly any route she wants. She chooses to fly the shuttle between Washington D.C. and Boston so this single mom can be home in time to care for her son, who has Down syndrome. In whatever hours she has left, she volunteers at the food pantry at her local Catholic parish. The C.E.O. of American Airlines made a $10,000 donation to the pantry in honor of Ms. Nash’s milestone.

While the famous and the infamous garner the headlines, it’s people like Bette Nash who actually run the world. And women like Catherine Cortez Masto, the U.S. senator from Nevada who has written the Last Take column in this issue of America. A granddaughter of Mexican immigrants, Ms. Cortez Masto is the first Latina elected to the U.S. Senate. “We need to do a better job of mentorships and role models to bring other young women along,” she recently told CNN, “so that there's more women in our boardrooms, there's more women here in the United States Senate and in Congress. I think there's an important role for women to play.”

A granddaughter of Mexican immigrants, Ms. Cortez Masto is the first Latina elected to the U.S. Senate.

There’s an important role for women to play in the church too. Regardless of what one thinks about the church’s teaching on gender and priestly ordination, there are plenty of jobs in the church that could use women like Bette Nash and Catherine Cortez Masto. And there are many nonsacramental jobs that currently require priestly ordination but probably should not, especially since this would open more positions of leadership and service to women. Men and women alike benefit from such diversity.

That has certainly been our experience at America. In the last five years, we have hired more women at America than we did in the previous 100 years. They serve in every part of the organization. And it all started with another amazing woman, Patricia A. Kossmann, who in March 1999 became the first woman and the first layperson to serve on the editorial board of this review. For 13 years, Ms. Kossmann was America’s literary editor, winning several awards for her coverage and blazing a trail for the many women who now follow in her footsteps. On Dec. 1, at the dedication of our new headquarters, we also welcomed Pat and named our conference room after her, a fitting tribute to her legacy and the many lay people who have served America for more than a century.

America the magazine, not to mention America the country, still has a lot of work to do to ensure that the voices of women are heard and the contributions of women are valued at every level of life. Celebrating the contributions women already make and the leadership they already provide to the church and the world seems like a good place to start.

Thank you, Father Malone! I so hope that women will be able to preach in the Catholic Church some time before I die. The most important thing women have to offer is a feminine perspective on life and the world. We cannot share that perspective if we are not allowed to speak at the principal liturgy of the church.

It is hypocritical to preach about what we don't practice. The Church must preach by example, recognize that religious patriarchy is cultural rather than dogmatic, and start ordaining women to the sacramental priesthood.

Few things drip with more arrogance than a member of the clerical boys' club authoring a piece on how the world should treat women. A few tips: the Catholic Church could learn quite a bit from secular society on this issue, not the other way around, and please, before you write another word, take some time to really ponder the condescension inherent in your use of the word "genius."

His use of the word genius isn't condescending. It recognizes the extraordinary and holy in what is perceived by society as the 'ordinary.'

“Feminine genius” is a term Pope John Paul II coined and popularized. It’s a term of art, namely, a term that has a specialized meaning in a particular field, like anthropology, psychology or theology. “Feminine genius” refers to the feminine spirit, to the mystery or “secret” of womanhood, to what makes a woman a woman.

What a pity that JPII didn't use the word "essence" instead of genius if your interpretation is correct. "Genius" implies that women have a type of intelligence unique to women - which they do and which is denigrated and ignored. Thank you for shedding light on your understanding of "feminine genius." It makes sense in light of the fact that the church so seldom has any use for feminine genius.

Women and men need to be made equal partners in our Planet-serving enterprise.

The photograph chosen for this article says it all about what the notion of equality and recognizing women's achievements really mean. It's all based on what is considered masculine. Hence equality and recognition becomes: Anything you can do I can do better and every distinction between man and woman becomes invidious. Karl Stern many years ago addressed this in his book :"The Flight From Woman." Masculinized women and feminized men? The metrosexual? Of course the notion of equality most often trumpeted is political, Marxist if you will, where sex, race, etc are all political categories and pretexts for achieving power rather than inquiries into the nature of man, woman, family, society, justice etc. all of which can be changed by political manipulation and will with many church personnel worshiping at the shrine. Even if women were ordained, allowed to preach etc., the usual church-complaints, there would be continued anger and ranting on the part of some about some other inequality and lack of recognition and it would go on and on and on with ecclesial backers of the latest iteration of equality at every turn. Jacques Maritain called this phenomenon years ago "kneeling before the world."