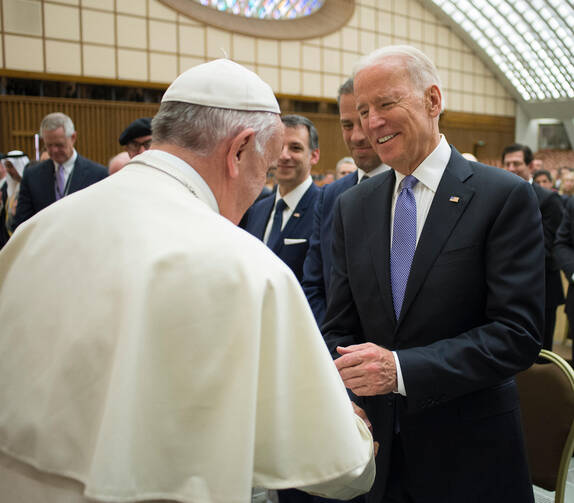 Joe Biden wears a rosary on his left wrist, a gift his younger son, Hunter, gave to the former vice president’s older son, the late Beau Biden, after a visit to the shrine of Our Lady of Guadalupe. Stephen Colbert called attention to the rosary about midway through his conversation with Biden at Lincoln Center’s David Geffen Hall on Nov. 13, the opening night of Biden’s “American Promise”tour. The personal item was a fitting symbol for Biden’s new book, Promise Me, Dad: A Year of Hope, Hardship, and Purpose—an alternately grand, sweeping discussion of current events in the United States and a quiet, intimate look at a father who will probably never stop grieving his son.

The tour has been hyped by the political media as a test run for a 2020 presidential bid, and with its 19-city sweep across the country, particularly in the crucial swing states of Michigan, North Carolina and Pennsylvania, this may well be a stealth political campaign. The tone of the conversation between Biden and Colbert was, however, subdued. It was less a chest-thumping rally and more a reflective town meeting, with Biden serving less as a politician than as a counselor or church pastor, offering wisdom from his life’s experiences. And there is perhaps no better person to counsel our country at a time of division and discouragement than the nation’s 47th vice president, who lost his first wife and daughter to a car accident and his eldest son to brain cancer.

The promise that Biden’s book title alludes to is one Beau asked for after his cancer diagnosis: “Promise me, Dad. Give me your word that no matter what happens, you’re going to be all right.” The elder Biden took that to be a request that he not give up, not turn inward. He admitted that he had actually decided not to run for the presidency in 2016—well before his official announcement in October of 2015 and before Beau Biden’s death in the spring of 2015. But he worried an early withdrawal would demoralize his son, whose trademark optimism and deep Catholic faith were crucial in his fight against cancer.

"He Shall See the Face of God and Live": The Funeral of Beau Biden
Joseph McAuley

Discussion of current politics was reserved for the end of the interview with Colbert, though Biden clearly encouraged the audience to take the lessons he learned from coping with the grief of his son’s loss—to find a new purpose—and apply them to their own dejection in the face of American life in 2017.

Colbert’s most probing questions were about the former vice president’s successor; Biden was generous to Vice President Mike Pence, noting Pence reached out to Biden for advice. And while they have strong differences on domestic policy, Biden said, he has faith that Pence is more of a traditionalist internationally. He also revealed he believes that unlike President Trump, Pence is much more distrusting of Russian President Vladimir Putin.

'I’d much rather we have President Clinton right now,' said Biden.

Biden was less forthcoming on matters of the Democratic Party’s future. He praised the recent election wins in Virginia, singling out Danica Roem’s victory as the first openly transgendered member of the Virginia House of Delegates. He also paid tribute to former Secretary of State Hillary Clinton with the unequivocal “I’d much rather we have President Clinton right now” and Senator Bernie Sanders, whose candidacy he called “consequential.” He dodged questions on his own potential future as a presidential candidate but did name Senators Cory Booker, Sherrod Brown, Kamala Harris and Elizabeth Warren as potential 2020 presidential candidates.

Biden raised eyebrows and stirred discussion when Colbert questioned him about the Trump administration, which the Late Show host referred to as a “flaming toboggan ride.”

“It may be a toboggan ride,” Biden replied, “but it’s almost at an end,” an answer that left Colbert and many in the audience questioning if that was a reference to Democratic electoral wins or to something else on the horizon. But Biden would not say more.

Joe Biden may be a presidential candidate in waiting, but as he launches his book tour, he seems to have found a truly valuable role as a father. In telling the story of his family, Biden embodies a quote from Kierkegaard that meant so much to his son: “Faith sees best in the dark.” 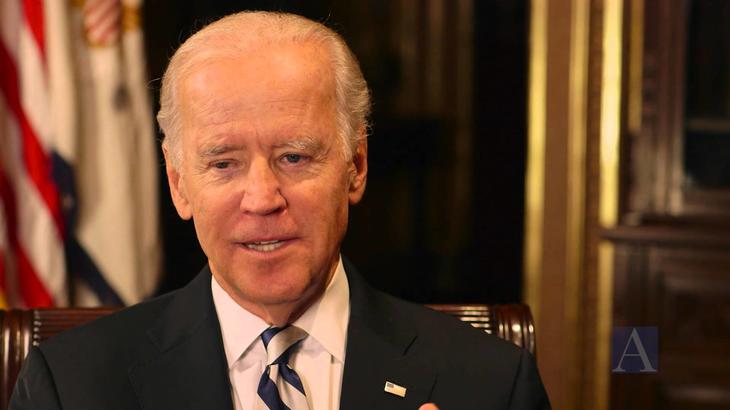 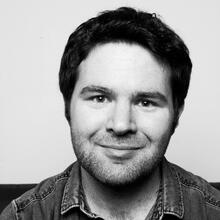 Tom Brennan is a writer and media producer based in New York City. He has written for Marvel Comics, AM New York and Shareblue Media.

So ex-VP Biden's "“I’d much rather we have President Clinton right now” indicates he is not following today's political currents that are catching up to Hillary's tenure as Secretary of State, the Uranium deal, the Clinton Foundation's donors, Bill's bill for a speech in Russia, the DNC or even Donna's tell all book about the Democratic candidate's losing election bid. His continued support for a losing candidate and his list of potential future democratic candidates " Senators Cory Booker, Sherrod Brown, Kamala Harris and Elizabeth Warren" shows the extreme
Liberal/Progressive/Marxist tilt of his thinking. Is this really the direction of the Catholic Church too?

Ellen B
5 years 2 months ago

Are you following today's political current events? Russia election collusion, Erik / Wiki, sexual assault, a money grab by those in positions of power, most of PR without power or safe drinking water, immigration agents guarding 10 year old bedridden girls, Nazi's marching in the streets killing a non-violent protester, multiple mass shootings. The newest in a bunch of on-going Clinton witch hunts (Bengahzi! Whitewater!) has been debunked & was started by the same folks who brought you Pizza-Gate.

I hope the Catholic Church stays out of the current political mud-slinging & focuses on helping those in need. And righting the wrongs being done in the world today.

MS B,
"Russia election collusion, Erik / Wiki, sexual assault, a money grab by those in positions of power, " and the Steele dossier, a perfect description of Biden's democrats, Hillary/Bill/Franken and the DNC. Many of the ills you described resulted from 8 years of the Obama administration. By the way there were several mass shootings during his administration as well as violent, disruptive masked Antifa protestors in the streets at international meetings as well.

Joe Biden's "Catholic" faith is nowhere to be seen in his public/private actions and words relating to the sanctity of human life, beginning at conception, and the sanctity of marriage as between one man and one woman. Having lost my husband and other close family members to cancer, I can certainly empathize with the sorrow he is feeling over the loss of his son, the wearing of a rosary, however, can not overcome his blatant dismissal of authentic Catholic teaching, especially given his very powerful, public profile.

Biden is great at public shows. He made a public show of support for abortion as well as support for same-sex marriage, even to the point of presiding over a gay "wedding" at the VP mansion. Now he figures that he can garner a few votes from church-going Catholics in the Rust Belt by waving around his rosary. He may be right. The gesture seems to have impressed the journalists at AMERICA.

I always liked Biden, even though his politics run somewhat to the right of mine, i.e., at the end of the day he is an establishment Democrat. The fact that he does not support the re-criminalization of abortion does not make him an "unfaithful" Catholic as one poster asserts.