The atheist’s case against abortion: respect for human rights 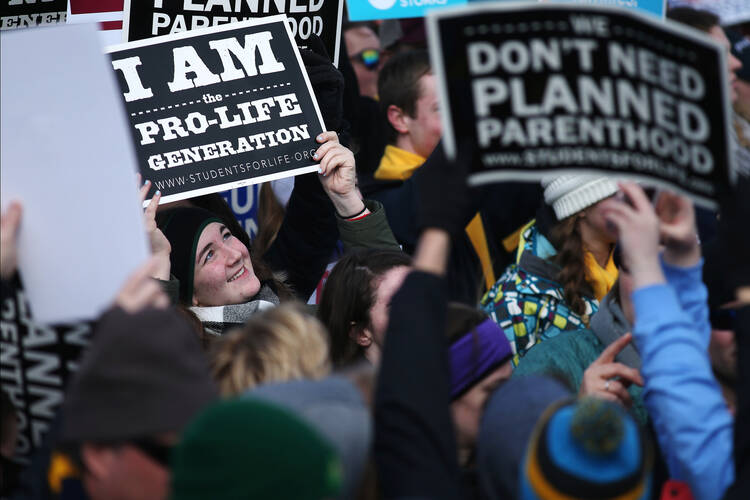 The “pro-life generation” had a large presence at the annual March for Life in Washington on Jan. 27. (CNS photo/Tyler Orsburn)

I am an atheist, a 29-year-old woman, well-educated at secular institutions, and I lean liberal on many issues, including same-sex marriage and climate change.

I am also a dedicated pro-life activist, working to make abortion unthinkable.

The abortion industry would have you believe that people like me do not exist. They would have you believe that the pro-life movement is almost exclusively old white men, with a few pearl-clutching church ladies thrown in. This characterization is insulting to both young and old. The older pro-life leaders of today are the pioneering young adult activists of the 1970s, who courageously dissented from Roe v. Wade. And they have recruited new generations of pro-lifers to follow in their footsteps; millennials in the movement call ourselves the “pro-life generation.”

There are important differences between the millennial generation and those that came before. One of the biggest is religion. The well-reported decline in church attendance is driven largely by young adults. Over a third of millennials tell pollsters they have no religious affiliation, compared with 23 percent for Generation X and 17 percent for baby boomers. And even among millennials who have maintained a religious affiliation, many favor same-sex marriage and show less appetite for the “culture war” than their elders do.

Yet this more secular generation still shows up to save preborn children and their mothers from the tragedy of abortion. This puzzles some abortion supporters, who had assumed they would benefit from demographic changes. The key to understanding this discrepancy is to realize that it is not a discrepancy at all: We see abortion not as a culture war issue or as a religious issue but as a human rights issue.

Most pro-choice people are horrified by ableism—but close their eyes to the often lethal consequences of prenatal genetic testing.

It is not enough to understand “Humanae Vitae” (indeed, lecturing an atheist on the finer points of Catholic dogma is surely counterproductive). To work with pro-life young people and to change the minds of pro-choice millennials you must be able to articulate the human rights case against abortion. The pro-life pioneer Dr. Mildred Jefferson said it best: “I am not willing to stand aside and allow this concept of expendable human lives to turn this great land of ours into just another exclusive reservation where only the perfect, the privileged, and the planned have the right to live.” That’s a sentiment that anyone, from any religious or nonreligious background, can get behind.

Most secular pro-choice people are well-meaning and affirm a commitment to human rights. Most are horrified by ableism—but close their eyes to the often lethal consequences of prenatal genetic testing. Abortion advocates would never murder a defenseless sleeping or comatose person—yet they argue that because children in the womb lack consciousness, killing them is permissible.

Pointing out these contradictions is a delicate business. Many young pro-choicers have been exposed to years of ad hominem propaganda. They have been taught that pro-lifers are hypocrites who do not care about children after they are born. They have been taught that we hate women. They may be close to someone who has had an abortion—or even had an abortion themselves—and believe that becoming pro-life will require them to issue fire-and-brimstone condemnations of post-abortive women.

The best antidote to these fears is not argument but action. Examine your own life and ensure that your priorities reflect concern for human life at all its stages. Befriend pro-choice people and let them see what being pro-life really means on the ground. Do not expect they have learned this from the mainstream media.

When the time for discussing the issue comes, be gentle and ask questions. The Socratic method, allowing people to discover internal contradictions for themselves, usually works best. For more on this technique, I highly recommend the Equal Rights Institute website.

When we survey the lives destroyed by abortion over the past five decades, it is easy to become overwhelmed and discouraged. But we are making real progress. This is an incredibly exciting time to be pro-life. If we work together—secular and religious, young and old, from every race and gender—I firmly believe we can end abortion in my lifetime. 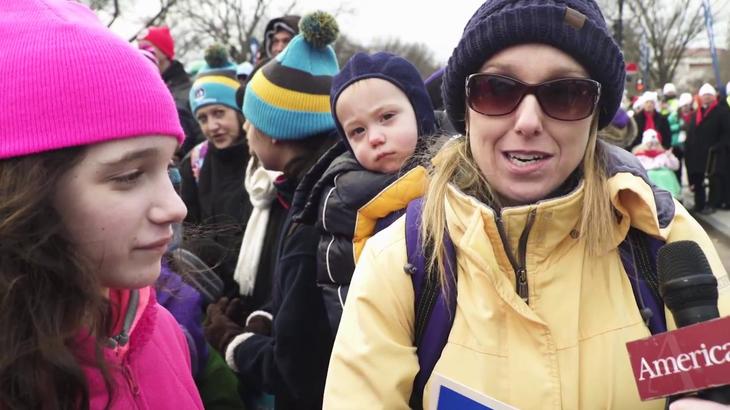 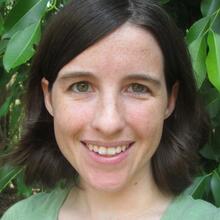 Kelsey Hazzard is the president of Secular Pro-Life, which brings together people of every faith and no faith in defense of preborn children. She practices law in Florida.

As an atheist, where are you drawing the line between "this is a cluster of cells" and "this is a human being"?

This isn't a case for being pro-life. You offer no facts or even good reasons to support banning abortion, other than you are afraid that having kids will only be for the rich? Somehow I doubt that considering the US is the third most populated country on earth.
As a secular voice, you should present honest, fact based reasoning why this is a bad idea. Instead you actually reference a Catholic falsehood.
Fake news. You should be ashamed.

This article proves what many pro-abortionists continue to ignore:

You don't have to be Catholic or even religious to have a problem with legal abortion.

One of the Supreme Court Justices William O. Douglas who voted for Roe v. Wade also claimed in another opinion that "trees have legal standing."

Rights for trees but none for unborn children?

Kelsey, of course defense of unborn is sacred. Until understanding that it takes far more than law to do so it will never happen. Until all of us are willing to get to every root cause including legal provisions against the sperm donors not ready to have a child it will not happen. Save the child thru the women is the only way. That’s both pro life and pro choice.

Forcing a woman to bare a child after a brutal rape is not pro life. Honoring a woman’s unbelievable heroism who does so is pro life. And we can’t ignore all the unborn killed before laws legalized. Why do those unborn lives not matter?

What about a wealthy self professed prolifer offering a million dollars to have her baby instead of donating it to politians, that’s pro life. Do whatever it takes to save the child through the mother. That’s pro life. Remember God asked, not forced Mary.

Much, much more needs to be said but only a consistent pro all life can truly save the unborn.

Kudos to Ms. Hazzard for her article and to America for publishing it. As someone opposed to abortion on both religious and secular grounds, I would have no problem supporting and working with Ms. Hazzard and other atheists/humanists who are also opposed to abortion. Ms. Hazzard is correct that abortion is a human rights issue, an issue so important that the underlying reasons for an abortion opponent's motivation is secondary to marshaling unified efforts towards a common goal.

Kelsey, you are very insightful for your age but you can not end abortion in your lifetime unless you can get the U.S. Government to reinstitute state-funded orphanages. Pro-choice people are right about pro-lifers. We do not care enough about the children after they are born.
Most poor women who have an abortion are not pro-choice. They have NO-choice. The father is a dead-beat, they are trying to escape poverty, but they would probably sacrifice nine months of their life if you can provide medical care, free delivery and the possibility of a decent life under the care of the State.

The Church should make it adamantly clear that we will help any pregnant women before and after the birth of her child.

Sadly, we seem to be heading toward a world where only the perfect will be allowed to be born.