How we use the ‘pro-life’ label matters 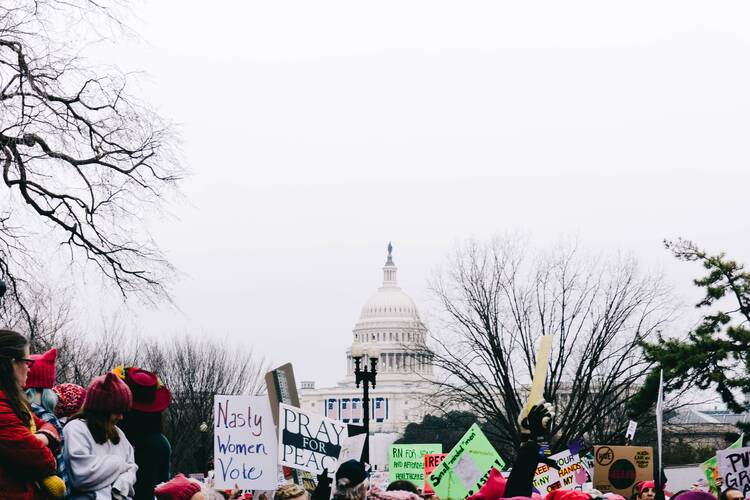 A recent study found that the Flint water crisis resulted in a “horrifyingly large” increase in fetal deaths and miscarriages. This tragic news was quickly met with pro-choice commentators like Joan Walsh of The Nation asking, “Where are the so-called ‘pro-lifers’ on this tragedy?” A piece published by Cosmopolitan was headlined “The Stunning Hypocrisy of the Pro-Life Movement.” It argues (illogically) that since national and local pro-life organizations did not immediately comment on this study, their true reasons for opposition to abortion must not be about the life of the unborn but instead about “women getting to be decision-makers over their own bodies.”

Around the same time, in his in-flight press conference returning from Colombia, Pope Francis was asked about the cancellation of the Deferred Action for Childhood Arrivals program, which places 800,000 young people without legal immigration status in danger of deportation. In the pope’s reply, he said that since President Trump is pro-life, he should “understand that the family is the cradle of life, and that it must be defended as a unit.” The Rev. Frank Pavone, national director of Priests for Life, took to the website Breitbart to question the fairness of Pope Francis’ description of immigration as a pro-life issue, claiming (misleadingly) that “since there is no specific immigration policy in the Catechism,” Catholics can disagree about immigration without calling their pro-life commitment into question.

What do these two very different rhetorical invocations of the term “pro-life” have to do with each other?

Both uses of the term illuminate the complicated terrain of moral discourse in U.S. public life.

The first is using “pro-life” as a bludgeon, without attempting to understand pro-lifers’ actual commitments and concerns. This use primarily serves to confirm existing suspicions that pro-lifers are opposed to women’s rights and autonomy rather than concerned for the rights of children before birth. Those who employ this tactic seem to hope that pro-lifers will recognize their own “hypocrisy” and stop opposing abortion, rather than start arguing for aid in the aftermath of the Flint water crisis.

The second use of “pro-life,” by the pope, employs the phrase to make an appeal, hoping to move consciences that recognize the dignity of vulnerable life in the womb to also defend those who are vulnerable as immigrants.

But both uses of the term illuminate the complicated terrain of moral discourse in U.S. public life, always in evidence most strongly with respect to abortion. The line between appeals to conscience and accusations of hypocrisy is distressingly thin. It is all too easy to focus more on catching opponents flat-footed than on finding common ground on an important issue where agreement should be possible.

Democrat and Pro-Life?
From AP, CNS, RNS, Staff and other sources

Perhaps hyperventilating accusations of pro-life hypocrisy reveal an intuition about the attractiveness of the moral coherence of a complete defense of life. We ought to acknowledge more readily that being pro-life should include concern for the vulnerable outside the womb. While doing so may not win over absolutist pro-choice advocates, it might help persuade the majority of Americans who question unlimited access to abortion to listen more carefully.

This editorial would be a good starting place for a sensible discussion that could lead to real change in American political practice. The realist in me says it will never happen, but the Spirit has worked in stranger settings for sure. Too many politicians are pro-birth and not pro-life because the minute the child is born they wish to remove all possible help for the child by way of social programs. The Church itself sends a mixed message, rightly counseling that pregnancies be carried to term even given discovery of Down's syndrome or other condition, but then not providing for possible Catholic education (special education) for such a child later on in the child's life. The editorial calls for a consistent ethic, reminiscent of Cardinal Bernardin, which would give all of us pause as we enter the body politic with our faith at the ready. Well done.