A lesson from Pope Francis for Miami’s gridlocked roads 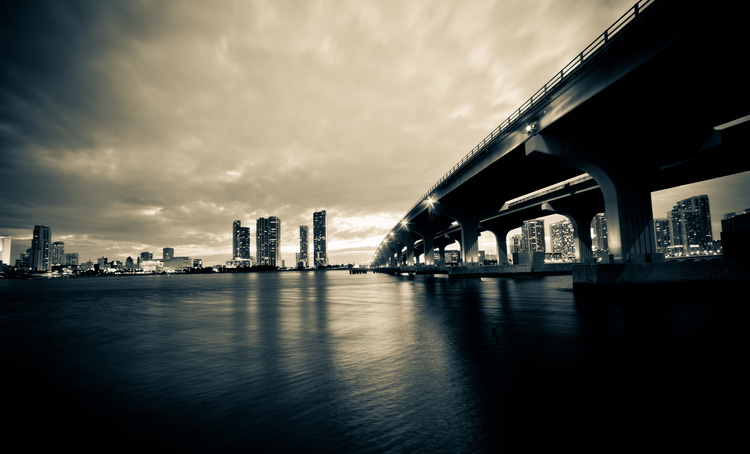 A decade ago, a leading community activist told me what he thought made Miami a dysfunctional city. “Planning,” he said, “is disdained as the enemy here.”

Unfortunately, I had to agree with him. Miami politicians too often buy into the myth that because their metropolis is a sun-splashed, laid-back beach town, they need not take urban management as seriously as all those uptight chumps up north do.

“Planning is disdained as the enemy here.”

Result: Greater Miami may be known for its beaches, but it is also notorious for corrupt and inept government, a low-wage/high-rent economy that has created a chasm of inequality and, not incidentally, transit gridlock.

The uncontrolled growth of Miami’s urban and suburban sprawl has produced increasingly snarled traffic—made worse because local transportation officials do not seem to understand basics like stop-light synchronization.

This year, in fact, Miami climbed (or descended) to No. 5 on the United States’ worst traffic list, and for the first time it joined the world’s 10 worst cities for traffic. That is a remarkable feat for a metropolis with a population less than half the size of Los Angeles (No. 1 on the U.S. list). Miami also registers the country’s worst rates of road rage incidents, and more and more of them are turning violent, according to police there.

This year, in fact, Miami climbed (or descended) to No. 5 on the United States’ worst traffic list.

Improving and scaling up Miami’s scant public transit is the best solution—especially for the poor, for whom limited access to urban mobility is a serious obstacle to economic mobility. (When he was archbishop of Buenos Aires, Pope Francis raised that pointby taking the bus to work instead of a chauffeured car.)

South Florida’s limestone bedrock prohibits an underground subway. And business lobbies like car dealerships have often helped defeat ballot initiatives to expand Miami-Dade County’s meager elevated train system, Metrorail. Even when voters do approve such efforts, as they did 15 years ago, the plans eventually get derailed.

Last year Miami-Dade decided to get them back on track with an approach called SMART (Strategic Miami Area Rapid Transit). It was supposed to create new light-rail lines along six high-traffic corridors. But now Miami-Dade Mayor Carlos Gimenez says the county cannot afford the more than $3 billion price tag of the Metrorail expansion. Besides, he argues, trains are a “19th-century technology.”

The technology Mr. Gimenez does support now is buses—but buses that he insists are “virtual trains.”

Mr. Gimenez and Miami-Dade are embracing a 21st-century bus called Autonomous Rapid Transit, or ART, which was unveiled this summer in ZhuZhou, China. It is expected to begin hauling passengers there next year.

Maybe Miami should bring in public transit riders like Pope Francis as consultants.

ART buses do look a lot like the sleek, high-speed trains you see humming through many European and Asian countries. “It operates just like a train,” Mr. Gimenez told Miami National Public Radio affiliate WLRN. “For all intents and purposes, the passenger does not know it is not a train.”

They are almost 100 feet long, featuring cars with sliding, subway-style doors, and can carry about 300 passengers each. But they run on “virtual rails,” meaning rubber tires that are guided by special sensors that read the particular dimensions and features of the streets and roads they are traveling on. In Miami-Dade, they would run in specially designated, car-free lanes and get automatic green lights.

As a result, the backers of virtual trains insist they are more agile than conventional buses and less restricted than trains that run on conventional rails.

And they are cheaper. Mr. Gimenez estimates Miami-Dade could put ART buses to work on the two of the six SMART transit corridors for just half a billion dollars. And because it would not require the massive rail infrastructure construction, he believes the virtual trains could be running in those corridors by 2020.

Could this be the future of rapid transit—a quicker and more economical answer to the country’s urban sprawl congestion plague? Not everyone is convinced, especially since buses, even rapid and high-tech ones, carry their own anachronistic stigma in the minds of many commuters.

“If we want people to get out of their cars, they are not going to [for buses],” Miami-Dade Commissioner Barbara Jordan said at a commission meeting this summer. “But they will...for a rail system.”

Maybe Miami should bring in public transit riders like Pope Francis as consultants.

“At almost $70 billion dollars, construction of a high speed rail system from San Francisco to Los Angeles and Anaheim is certainly an expensive project. But it will cost a fraction of what the state would have to spend to achieve the same level of mobility for a population expected to reach 50 million people by the year 2030. To move an equivalent number of people would cost $170 billion in new freeways and airport runway expansions in the Bay Area and Los Angeles, assuming those projects would have both the necessary public support and environmental clearance. And while others have said we should wait for newer technology, high speed rail is a safe, reliable and cost effective system of transportation, proven around the world.” –San Francisco Examiner