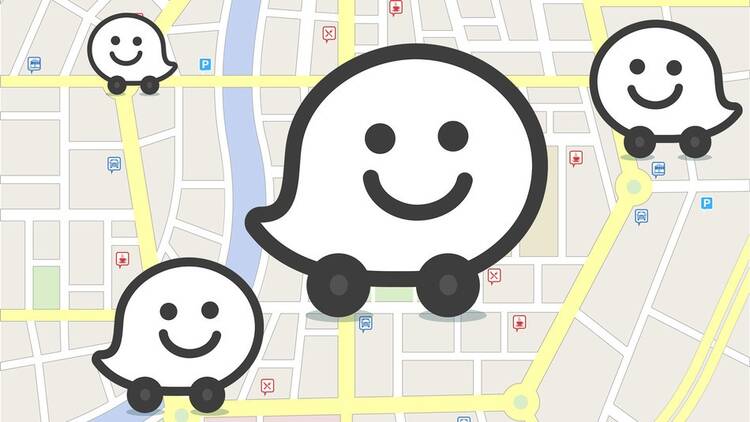 Driving in Los Angeles can be like running the gauntlet. To get from work to home or home to play you must navigate through an endless landscape of slowdowns and setbacks, with names like the 405, the 10, Lincoln Boulevard or Santa Monica. And once you’re caught in the quicksand, it’s not easy to obtain release. Traveling just a block on a congested West Side street in the early evening can take you 10, 15, 20 minutes.

Then a little over a year ago came Waze, a free GPS-based travel app for your phone like Google Maps or Apple Maps. You tell it where you want to go, and it finds a route for you.

But unlike other travel apps, Waze bases its routing upon observation of its members. That might sound a bit Orwellian—but honestly, what doesn’t when it comes to the internet today? (Waze is in fact owned by Google, so there’s that to contend with, as well.) But what it means in practice is that the app is able to see where traffic is moving and where it isn’t, and to offer routing accordingly.

For Angelinos, this amounts to turning water into wine. Truly, we speak of Waze in the hushed tones of revelation; if you let us we will corner you at parties and talk in detail about the time Waze has saved us, the routes it took us, the new streets we discovered (we are a people who love new streets the way children love Christmas presents).

The downside is, if you live on those “new” streets, swaddled until now in sleepy comfort, you find your world changed. Residents have begun to complain about the locusts descending upon their kingdoms. Reporting yesterday on the phenomenon for the Los Angeles Times, Laura J. Nelson spoke with a USC professor who bemoaned the change: “It used to be that people would get on Sepulveda if the 405 was bad, and if Sepulveda was bad, they’d get on Beverly Glen. Now, they come straight to us.” (NB: No one in the history of car travel in Los Angeles has ever looked at traffic on the 405 and said ‘Hey, maybe Sepulveda is better.’) Said another resident, “I know this sounds paranoid, but there’s nowhere left to hide.”

In recent months there have been reports of Westside Angelinos posting fake accidents on the app in order to keep traffic out. For its part Waze notes that fake reports don’t work, as it tracks the actual movement of traffic.

Award-winning columnist Steve Lopez likewise argues that Waze has helped cause congestion not to shift but spread, commuters’ routes home now clogged with Wazers (Wazeys? Waztians?). And there might be some truth to that conjecture; as one route becomes congested, Waze suggests others. Waze argues that means congestion shifts, but overall it also means traffic spreads.

And commuters speeding through neighborhoods, rolling through stop signs (known here as the “Hollywood stop”)—these are matters of real, even grave concern. Some have suggested Waze routes should avoid schools, or at least warn of them. The app already pauses your ability to type in routes if you’re doing so while you’re driving. Perhaps it could also pause function if you’re going too fast through a residential area, or at least warn you that you’re doing so. Perhaps the city some designate some streets or areas as ineligible for commuter traffic (although that way may also lead a lot of self-entitled madness...)

There are a lot of possibilities. Hopefully Waze is as good at taking a great suggestion as at giving one.