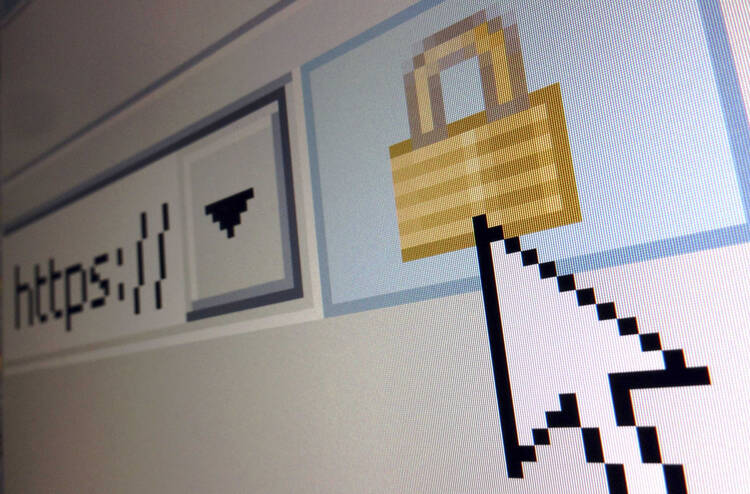 An anonymous website has been posting nude photographs of female students from 67 high schools across Illinois, including four Catholic schools, without the students’ knowledge or consent.

The site allows users to search for photographs by name or by school using search boards for individual counties. Users can request, post or trade photographs on the site.

“People have been collecting and trading these photographs as if they are trading cards or baseball cards,” said cybercrime expert Shelly Clevenger, author of The Virtual Enemy: The Intersection Between Intimate Partner Abuse, Technology and Cybercrime.

Content on the site came to light following a two-month investigation by NBC-5, as WMAQ, the NBC News affiliate in Chicago is known. Nearly half the schools listed on the site were in the Chicago area. Many of the females whose images appear on it are underage.

Across Illinois, school officials roundly condemned the site and said they had been unaware of its existence. Many said they have no corroborating information to suggest images of any of their students had been posted.

“Joliet Catholic Academy is not aware of any instances or the existence of any of the message boards or sharing of indecent photos,” principal Jeffrey Budz told NBC-5. “As a Catholic institution, we are firm in our discipline about any negative behavior deemed detrimental to our school. We have not received, nor are we aware of any complaints from our former or current students.”

Barry Reilly, superintendent of District 87 schools in central Illinois, told me the first time he heard of the site in question was when the NBC-5 story broke.

“People need to understand this is not just a picture on a screen but a real person who is probably suffering because their picture is out there.”

“We have alerted our local authorities. Obviously if we have any news of any impact on any current student, and I have not heard that, obviously we would be in contact with families and the local authorities as well," Mr. Reilly said. His district includes Bloomington High School, one of the secondary schools listed on the site.

“You have some few individuals out there who will engage in these types of negative behaviors on the internet. It’s unfortunate. It’s absolutely deplorable,” Mr. Reilly said.

Ms. Clevenger said such sites appear to be proliferating and are difficult to shut down. That is because the law has not yet caught up with advances in technology, she believes.

Illinois is one of about 35 states that have “revenge laws” that prohibit anyone from publicly disseminating intimate or embarrassing content about others without their consent. But there is little other recourse currently for women. It is often difficult to determine who is responsible for these anonymous sites, Ms. Clevenger said. The site appears to emanate from an overseas server, raising the question of jurisdiction.

“A lot of these sites, even if they do get shut down, just pop up under another name,” Ms. Clevenger said.

The use of the stolen or shared images also raises broader issues. “Part of this is societal,” Ms. Clevenger said. “It’s seeing women as objects and not seeing them as people having value beyond their attractiveness and their bodies.”

The shared photos in Illinois is the latest in a series of high profile incidents involving women and sexual content on the social media. Earlier this year, a group of U.S. Marines was accused of placing nude photographs of female soldiers, without the women's knowledge or consent, on a members-only Facebook group. In April, the gang rape of a 15-year-old Chicago girl was streamed live on Facebook.

There is a sense, Ms. Clevenger says—especially among teenagers—that what appears on the internet is the same as the images that come across a movie theater or TV screen—it is not real. “People need to understand this is not just a picture on a screen but a real person who is probably suffering because their picture is out there,” she said.

And yet, part of the website’s apparent draw is that it offers images, not of actresses or Playboy bunnies but of females that the site’s viewers might know and live near. “If you want to find somebody who went to your high school or who lives in your community and you want to see what they look like naked, this website would give you that opportunity,” Ms. Clevenger said. The danger in that case is that site users could then potentially seek out these women if they wanted to.

Those who view these kinds of sites often argue they are not harming anyone but merely looking at photographs. Ms. Clevenger strongly disagrees. “They don't have any empathy or sympathy for what that woman would experience by seeing her naked body online,” Ms. Clevenger said. “I always tell my students not to victim-blame because no one takes one of these pictures thinking it is going to go up on the internet.” But she advises women not to take “selfies” or allow themselves to be videotaped when they are naked. And she says, do not share nude or suggestive photos with others.

Even if women do not share these kinds of photos, there is always the possibility that a phone or computer containing the images could be accessed by someone else, Ms. Clevenger warns. She says anyone whose photo turns up on the website in question or a similar site should take a screenshot of the image with the date and time it was captured and then contact law enforcement.

Several administrators noted that schools have worked to reduce cyber-bullying but now need to address the uploading of inappropriate content to the internet and social media sites.

A petition is circulating to get the Federal Bureau of Investigations to shut down the site, alleging it promotes child pornography and violence against women. Ms. Clevenger says Facebook, Google and Instagram are trying to address the problem of sexual and violent content on their sites and have stepped up efforts to remove those images as quickly as possible. One of the problems, though, is that so much content gets posted, social media and internet companies cannot react quickly enough.