Feels like I got hit by a truck. Literally. Jesuitical Ep. 7 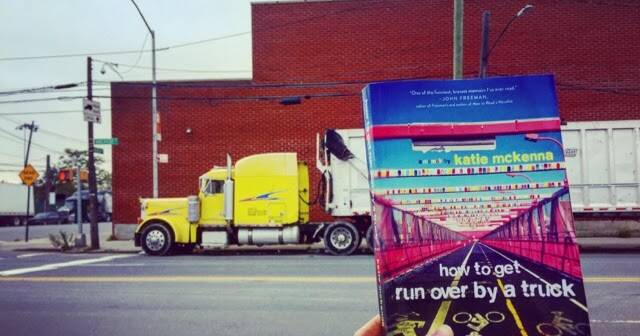 You've probably said it. You wake up—head pounding, body sore. “I feel like I got hit by a truck.”

Well, Katie McKenna actually got run over by a truck. An 18-wheeler to be exact. This week on jesuitical, we talk with Katie about her aptly named memoir How to Get Run Over by a Truck. It is a searingly honest and surprisingly hilarious account of traumatic injury and recovery, which wrestles with some big questions for believers: Why does God let bad things happen to good people? Where is God in the midst of suffering? How early is too early to pop champagne on Christmas morning?

And in Signs of the Times: Gonzaga’s NCAA tournament run comes to an end, Georgetown University hires a new head coach and continues to make amends for its slaveholding past, and the Archdiocese of Chicago’s new anti-violence initiative gets a boost from Pope Francis.

If you like what you’re hearing, there are three things you can do to help us out:

Finally, we want to hear from you. Have you ever had a traumatic injury that challenged (or strengthened) your faith? What do you think of Georgetown’s moves? Where’d did you find God this week? Leave us a comment here, write us at jesuitical@americamedia.org or find us on Twitter @jesuiticalshow.

Buy the book: How to Get Run Over by a Truck