It’s tax season. What do religious leaders owe to God and Caesar?

It’s tax season. What do religious leaders owe to God and Caesar? 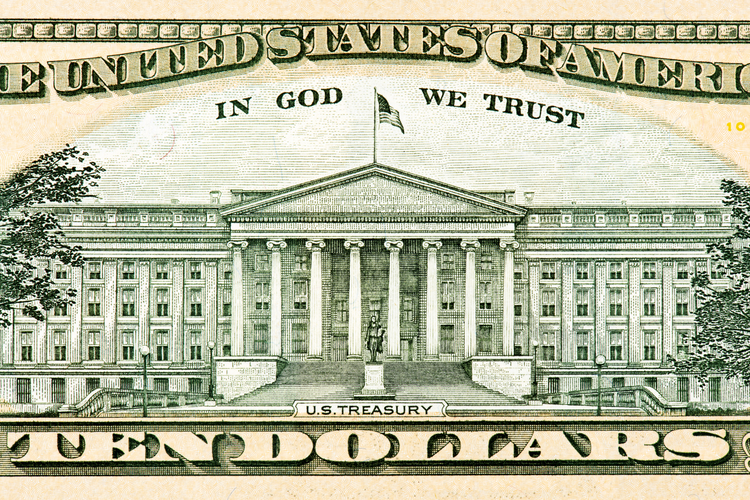 Tax season is an opportune time to consider how our government responds to Jesus’ teaching to “repay to Caesar what belongs to Caesar and to God what belongs to God” (Matt 22:21). The Internal Revenue Service does not require religious (or other charitable) organizations to pay income tax. Nor does the government impose gift tax liability on those who donate money or goods to religious, charitable or even political organizations. Whether those gifts can be deducted from the donor’s taxable income, however, depends on the nature of the recipient.

The Internal Revenue Code permits donors to take tax deductions for gifts made to organizations “operated exclusively for religious, charitable, scientific...literary, or educational purposes.” In 1954, Congress added what is known as the Johnson Amendment, named for then-Senator Lyndon B. Johnson, that explains the statute’s “operated exclusively” language. Organizations eligible for tax-deductible contributions are those that do not substantially engage in lobbying or “participate in, or intervene in...any political campaign on behalf of (or in opposition to) any candidate for public office.” In other words, donating to “God” (religious and other nonpolitical philanthropic causes) is encouraged through the carrot of an income tax deduction; donating to “Caesar” (political candidates or organizations) is tax neutral.

Donating to “God” is encouraged through the carrot of an income tax deduction; donating to “Caesar” is tax neutral.

As previouslynoted in America, some preachers get close to or cross over the political line by engaging in blatant partisanship; others welcome the Johnson Amendment’s restrictions. In The Atlantic, David Wolpe, a rabbi, argued that the law protects religious leaders from unwanted pressure to take political positions that could destroy the unity of the congregations they serve. “[P]olitics is far more potent in separating people than religion,” wrote Rabbi Wolpe, adding that different religious positions “do not threaten the fabric of the community. But a political declaration from the Rabbi will have a percentage of the congregants heading for the door.”

In The Hill, Cardinal Donald Wuerl, the archbishop of Washington, D.C., warned against pastors using the pulpit to endorse specific politicians or policies. He emphasized an important canonical distinction between the clergy and the laity. “[T]he central role of the bishop and priest [is] to teach the faith, share Catholic moral and social principles and encourage lay men and women in their primary responsibility to take these truths and values into the economic, political and cultural world.” Cardinal Wuerl called upon the laity to be the voice of the church in society and warned against the temptation “to short-circuit this process and have clergy impose specific political approaches or policies and even proclaim their preferences for candidates for public office.”

Regardless of the ecclesiastic pros and cons of the Johnson Amendment, the I.R.C.’s limitations on the political activity of tax-exempt organizations have survived free speech and free exercise of religion challenges. In Regan v. Taxation with Representation of Washington (1983), the Supreme Court rejected a free speech challenge to the restrictive lobbying provisions of the charitable deduction law: “Congress is not required by the First Amendment to subsidize lobbying.” The decision clarifies that tax-exemption is a benefit, not a right, which Congress can grant or deny as it reasonably deems fit.

The Johnson Amendment helps people, including religious leaders, remember what is Caesar’s and what is God’s.

In Branch Ministries v. Rossotti (2000), the U.S. Court of Appeals for the D.C. Circuit was asked to decide whether the I.R.S. could revoke a church’s tax-exempt status because the church took out newspaper advertisements against a presidential candidate. The court ruled that the church’s loss of tax-exempt status would not violate the free exercise clause. The court relied, in part, on the church’s failure to assert that political speech was an important aspect of the church’s ministry. If and when a case comes to court in which a religious organization claims its beliefs require it to engage in electioneering, the courts will uphold the Johnson Amendment if they deem that it serves a compelling government interest and is narrowly tailored to achieve that purpose.

It is unlikely such a case will reach the courts anytime soon. The I.R.S. is loathe to go after religious organizations, and President Donald J. Trump supports a Johnson repeal bill that has been introduced in the House of Representatives. If the law is repealed, the full force of the Supreme Court’s 2010 Citizens United decision, which protects the political speech rights of corporations, will be felt. Virtually unlimited tax-deductible political money will flow through religious and other charitable organizations, and church leaders may have great difficulty discerning what is Caesar’s and what is God’s.

If the G.O.P. gets its way, party politics could be coming to a pulpit near you.
Michael J. O’Loughlin

The pressure on religious leaders to take a political position will come not only from congregants but from corporations and wealthy individuals. Pastors will be tempted by donors who can contribute millions, perhaps billions, of dollars to church coffers and building funds as long as the donor’s favored candidates get endorsements from the pulpit. Satan tempted Jesus with a view of “the kingdoms of the world.” Religious leaders will be tempted with views of repaired church roofs, fully stocked food pantries, state-of-the-art youth centers and medical clinics—all available for the small price of a political plug. PACs—“political action churches”—may be created primarily to funnel tax-deductible contributions into the political arena and contributions to traditional churches may dwindle.

The Johnson Amendment helps people, including religious leaders, remember what is Caesar’s and what is God’s. Those who advocate for its demise may want to reconsider the true cost of blurring those distinctions.

...an outstanding analysis, Ellen.
Thank you.