Why we need to protect government workers from political retribution

Why we need to protect government workers from political retribution 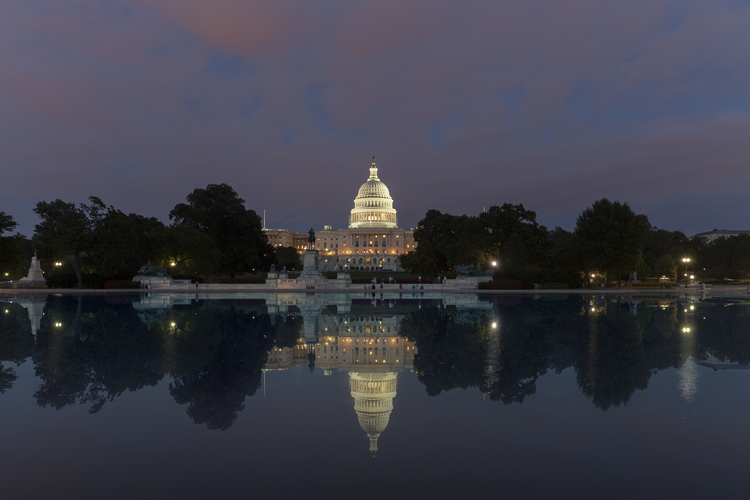 All government is political, but government works best when politics influences policy determinations rather than daily operations. The fine line between policy and implementation is often blurred, but recent events remind us of the perils of a partisan-dominated government.

These include the F.B.I. director James B. Comey’s public announcements regarding Hillary Clinton’s emails, allegations that President Donald J. Trump’s chief of staff asked Mr. Comey to repudiate reports concerning campaign contacts with Russia, the Trump transition team’s request for information regarding Department of Energy scientists who attended United Nations meetings on climate change, the exclusion of Democratic members of Congress from a Department of Homeland Security immigration enforcement briefing and the dismissal of an internal finding by D.H.S. that nationality is a poor indicator of future terrorist activity.

Good government relies on facts, rational analysis and a qualified workforce. Several federal laws limit the politicization of the government. It may be time for federal officials, including the president, to be instructed on the protections afforded by those laws. It also may be time for the public to demand those laws be strengthened.

Federal laws limit the politicization of the government. It may be time for the public to demand those laws be strengthened.

Whistleblower laws provide mechanisms for government employees to report legal and regulatory violations, gross mismanagement and waste of funds, abuse of authority, and dangers to public health and safety. These laws protect whistleblowers from employment discrimination but do not always provide for the independent investigation of alleged violations. This is problematic as it is unlikely that federal agencies, when headed by political appointees tasked with minimizing government interference with business, will conscientiously investigate a report, which, if validated, would harm private firms.

Federal law does not protect presidential appointees from dismissal. This was made clear in March when dozens of U.S. attorneys held over from the previous administration were forced to resign or were fired. The Civil Service Reform Act does, however, guarantee that the vast majority of federal workers will be hired and fired based on their skills, conduct and performance rather than on political loyalty. This basic democratic principle—that one’s party affiliation should not impede the ability to work for the government—may be at risk. In January, the House of Representatives reinstated the Holman Rule, which permits Congress to use appropriations bills (generally not used for substantive legislation) to target the budgets of specific offices and cut the salaries of specific officials. Some fear this rule will be used not only to gut regulatory agencies, like the Environmental Protection Agency, but also to punish civil servants who do not who do not toe the party line.

Government workers send us tax bills and pat us down at airports. Protecting them from political retribution may not seem important until we consider the alternative.

While some government employees seek to avoid any appearance of partisanship, many do have strong loyalties to a party or candidate, and another law seeks to prevent these loyalties from unduly coloring interactions with colleagues and with the public. The Hatch Act is a federal law designed to keep political activity out of the government workplace; it prevents federal employees from wearing or displaying campaign materials at work and prevents electioneering during office hours. According to the Office of Special Counsel, which enforces the Hatch Act, these restrictions are not triggered until an official reelection campaign is announced. This interpretation is troubling as it encourages an incumbent such as President Trump, who has an active 2020 campaign war chest, to delay “official announcement” as long as possible while benefiting from the support of federal employees who are permitted to wear and display campaign materials from a previous election.

The law that could reel in Trump's deregulation efforts
Ellen K. Boegel

Government workers send us tax bills and pat us down at airports. Protecting them from political retribution may not seem important until we consider the alternative: a spoils system based on patronage, rather than expertise, that rewards burying evidence of wrongdoing and preventing its exposure to scrutiny. As James Madison wrote in The Federalist No. 10, “To secure the public good and private rights against the danger of such a faction, and at the same time to preserve the spirit and the form of popular government, is then the great object to which our inquiries are directed.”

Retribution against those who disagree with the president or are "Obama holdovers" was highly predictable. Do you think the Catholics who voted for him saw the avalanche coming? No way. They were and are bereft of those insights even though, as I have said elsewhere, they heard and saw the cues. NOW elements of the Church worry, mostly because they are used to being told what to think and do, and the Catholic media is telling them how to feel about the destruction of people and programs they voted to destroy when they voted for the president in the first place.