The law that could reel in Trump's deregulation efforts

The law that could reel in Trump's deregulation efforts 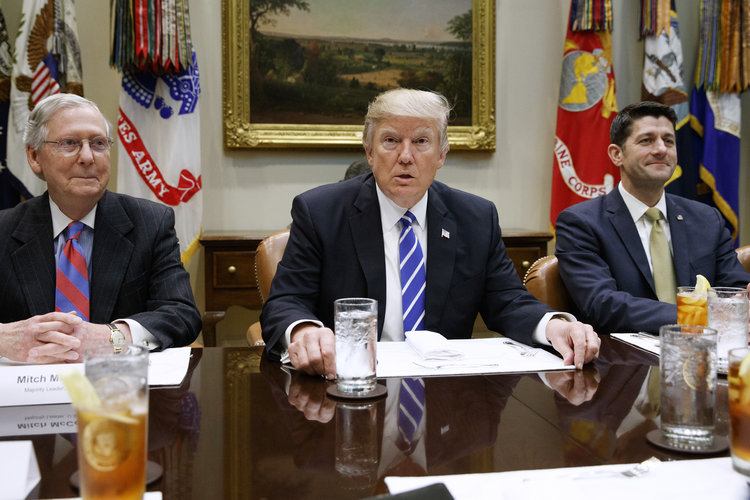 Newly elected presidents are often eager to effectuate campaign promises and make their mark on the United States, but the power of the president is limited by constitutional and statutory constraints. The Trump administration’s flurry of activity since the inauguration already has engendered numerous lawsuits and more are sure to come. Each will be judged according to applicable constitutional and statutory provisions.

Powers of the President

The Constitution names the president commander in chief of the military and gives the president authority over the “executive departments.” Executive orders, such as those issued by President Donald J. Trump regarding immigration, the environment, health care and regulation itself, have no independent constitutional or statutory authority. A president may not use an executive order to exert power not granted, explicitly or implicitly, by either the Constitution or Congress.

No magic spell protects the country from unlawful executive action. Prior to issuing orders, presidents are constrained only by their own judgment. Once an order is given, presidential subordinates must decide whether to obey that order. Those who decline, like the former deputy attorney general, Sally Q. Yates, who refused to defend Mr. Trump’s travel ban, risk losing their jobs or worse. (Members of the military can be prosecuted for disobeying a presidential order).

Courts cannot pass judgment on executive action unless a lawsuit is brought by an aggrieved person who raises a justiciable legal issue. Courts will not consider purely political questions or those discreetly within the domain of the executive or legislative branches, but they will decide whether a question is capable of judicial determination.

For example, a lawsuit challenging the Obama administration’s airstrikes in Iraq and Syria was dismissed, in part, because a ruling in the case would have required a military rather than legal analysis. On the other hand, the Ninth Circuit Court of Appeals ruled that it could review presidential orders regarding immigration enforcement when it upheld the temporary restraining order issued against Mr. Trump’s travel ban. The executive branch has broad discretion regarding immigration and national security, but courts are empowered to determine whether that discretion has been abused or the Constitution violated.

Courts generally will not review administrative resource allocation, the exercise of prosecutorial discretion or executive decisions to defer enforcement of a law. Nevertheless, in Massachusetts v. E.P.A. (2007), the Supreme Court held that the president’s authority “does not extend to the refusal to execute domestic laws.” This ruling may curtail Mr. Trump’s efforts to dismantle regulatory agencies. Another obstacle to deregulation is the Administrative Procedure Act (A.P.A.).

Most governmental functions are conducted by administrative agencies. Agencies regulate health and safety standards, transportation, stock markets, immigration, patents and farm subsidies, to name just a few. Each agency is established by an enabling statute that defines the agency’s scope of authority. Many agencies have regulatory, enforcement and adjudicative functions. Regulations implement enacted statutes and create procedures for challenging administrative decisions.

The A.P.A., with a few specific exceptions, categorizes and systematizes regulatory action. The A.P.A. has been used to frustrate executive nonenforcement actions. The Fifth Circuit Court of Appeals relied on the A.P.A. when it enjoined President Obama’s expanded DACA (Deferred Action for Childhood Arrivals) and DAPA (Deferred Action for Parents of Americans) immigration programs because those programs were set forth in policy statements rather than A.P.A.-compliant regulations. (The original DACA program, which is being examined by the current administration, also was announced in a policy memorandum but was not reviewed by a court).

The A.P.A. applies to deregulation as well as the issuance of new requirements, but a different law, the Congressional Review Act, permits Congress to revoke recently promulgated regulations. The current Congress used this law to retract the Department of the Interior’s Stream Protection rule and the Security and Exchange Commission’s Disclosure of Payments by Resource Extraction Issuers rule.

Judicial Review under the A.P.A.

Executive action is reviewable by the courts according to the standards provided in the A.P.A. itself and by other relevant statutes or constitutional principles. A lawsuit challenging President Trump’s executive order requiring federal agencies to revoke two regulations for every one promulgated is based, in part, on the A.P.A. As stated in the complaint: “Decisionmaking based on the factors set forth in the Executive Order also constitutes action that is arbitrary and capricious, contrary to law, and in excess of agency authority, in violation of the A.P.A.”

The A.P.A. does not apply to “military or foreign affairs” or purely presidential actions but does apply to actions delegated by statute to other members of the executive branch, such as the attorney general or secretary of state. The A.P.A. also contains a “good cause” exemption, but “good cause” is narrowly construed. Mere allegations that giving notice would result in a rush of soon-to-be prohibited activity or cause public harm is not enough. Independent evidence must be presented.

The A.P.A. does not apply to interpretive policy statements indicating how an agency will proceed regarding enforcement actions. One controversial example of an interpretive statement is the 2016 guidance letter issued jointly by the Departments of Justice and Education regarding the use of single-sex toilet and locker facilities by transgender students. The guidance was revoked by the Trump administration on Feb. 22 in part because of a determination that the policy was “legislative and substantive” and should not have been issued without following the A.P.A.’s rulemaking provisions.

The separation and balance of powers between the executive, legislative and judicial branches of government is essential to the success of the United States. As citizens of a republican democracy, we vote for members of Congress and a president we want to enact and enforce beneficial laws. Some of those laws, like the A.P.A., place limitations on the changes that can be made from one administration to the next. The A.P.A. is not flashy, but it promotes the fair administration of laws and continuity during transitions of power; for that it should be celebrated.

Thank you Ms. Boegel for the rather clear explanation of the Laws/Regulations.

I do have one question: How do you distinguish between what is arbitrary
and what is sufficient evidence for making a judgement ?

1
Pope Francis to parents of L.G.B.T. children: ‘God loves your children as they are.’
Gerard O’Connell
2
I grew up in a charismatic group like Amy Barrett. Here’s why they are a good thing.
Nathan W. O'Halloran, S.J.
3
I helped write the bishops’ first document on Catholics and voting. Here’s why I’m voting Biden, not Trump.
John Carr
4
America magazine: Donald Trump is a unique threat to the Constitution
The Editors
5
What the story of Galileo gets wrong about the church and science
Guy Consolmagno, Christopher M. Graney