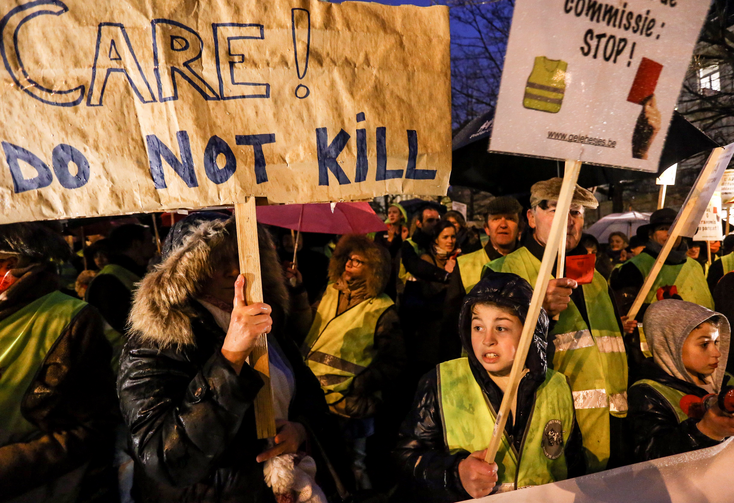 Imagine telling someone who is unable to walk that their life no longer has value. Or telling a loved one who needs help eating that they have lost all dignity. Or explaining to a friend that you can’t visit them anymore because their illness has made them unattractive.

Few would say any of these to a stranger, let alone a loved one. Yet the message of assisted suicide amounts to telling people who have lost the ability to function as they have in the past that they should just cease to exist. This has been the message we have heard for three years in Utah from proponents of assisted suicide legislation.

The definition of dignity implied in these proposed laws, which have followed the Oregon model, is not about the inherent worth of the person but about their physical state. We should keep in mind the great injustices that occur when we decide that human worth depends on perceived mental capacity or physical attributes.

The definition of dignity in assisted suicide is not about the inherent worth of the person but about their physical state.

Many who seek lethal prescriptions under assisted-suicide laws have bought into the belief that they will lack dignity if they lose the ability to engage in certain activities or no longer look healthy. Data from Oregon show that, like many suicidal individuals, most who the seek the means to kill themselves do so over fear of what continuing to live might entail, not because of pain or inadequate pain control.

That fear is understandable and utterly human. But to encourage someone to end their life would be seen as callous if he or she were “merely” suicidal. Somehow it becomes acceptable if the person has a terminal illness. This is especially concerning because most terminally ill patients will overcome these fears with proper mental health care. Britain’s “Care Not Killing” Alliance cites a 2006 study by the Royal College of Psychiatrists, in which almost all patients who sought assisted suicide changed their minds after competent and effective ongoing psychiatric treatment.

Unfortunately, assisted-suicide proposals generally fail to guarantee any mental health care for the terminally ill. The laws generally allow a doctor to refer a patient to mental health professionals, but this is entirely at the doctor’s discretion. This oft-touted “safeguard” depends on someone who may have no real training in psychiatry diagnosing the person’s depression. Studies show that doctors without a specialty in mental health have a difficult time diagnosing depression, and sometimes great difficulty even talking to their patients about their feelings after learning they have a fatal illness. Even trained psychiatrists doubt they could make an adequate diagnosis without a long-term relationship with the patient.

Worse, some doctors are willing to decide for themselves if a patient’s life is worth living. According to Care Not Killing, anonymous surveys of doctors in the Netherlands have revealed over 1,000 cases each year in which a doctor administered a lethal injection without the patient’s request. But nonvoluntary deaths are to be expected if we adopt the principle that human lives do not all have equal worth.

Neil Gorsuch is a strong critic of assisted suicide, but that may not matter on the high court
Michael J. O’Loughlin

My experience over the past few months has brought home this issue in a very personal way. In mid-January, my father went to the hospital to check for signs of concussion and left with a diagnosis of an aggressive and incurable brain tumor. My mother and I were in the room when a neurosurgeon told my father that, without treatment, he had perhaps three months to live. After my own distress abated somewhat, I wondered why this news was not delivered by someone with mental health expertise who could assist my father, and the rest of the family, adjust to this new reality.

True compassion would not be to tell my father to just end it now.

In order to truly recognize our inherent dignity at the end of life, each of us should receive regular mental health care, quality comfort care, and stable support for our caregivers. We know these are not regularly provided, especially to patients without platinum health care plans. Rather than encourage people to believe their value requires a certain physical or mental capacity, let’s fix the existing problems within our health care system and allow all people to truly die with dignity. 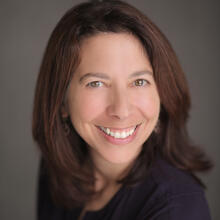 Jean Welch Hill is the government liaison and director of the Peace and Justice Commission for the Diocese of Salt Lake City. For the past three years, Ms. Hill has represented the Catholic position on assisted suicide before Utah elected officials debating legislation.

Jean...your article feels very authentic and I am sorry your family received only technician-care in the mechanistic way virtually only physicians can provide. I have been a psychologist for many years and have unfortunately worked with and witnessed how little physicians know (or possibly care) about the mental/emotional needs of their patients. My wife recently had a surgery for uterine cancer at a major university and, I must say, the lead MD knew his surgical mechanics, thank goodness. But, when I asked, just as a matter of interest, if his team worked with the psychology department, he replied in the negative. A body vs. mind structure and epistemology prevails, it seems. Neither do my cardiac MDs know anything about the relationship between serious medical conditions and the hopelessness, helplessness, anxiety, and depression that so often co-occur. The medical model needs to be flattened so that other professionals, like mental health professionals, are equal members of the team. If physicians watch TV, and feel sure they do, they might get some structural ideas from "Chicago Med," even though the content and process of the psychiatric piece on that show are badly done.

1
A Christian in Jerusalem at the Start of Another War
Stephanie Saldaña
2
Every song on the Hillbilly Thomists’ new album could be a homily (including ‘Bourbon, Bluegrass, & the Bible’)
Mary Grace Mangano
3
The Sacramental Love Songs of Bachata’s Romeo Santos
Stephen G. Adubato
4
The 2021 Foley Poetry Contest Winner: ‘Raising Mothers’
Preeti Vangani
5
Blessed Carlo Acutis is set to become the first millennial saint. This isn’t the first time the Catholic Church has canonized children.
Joanne M. Pierce