5 tips for students engaging in politics on campus 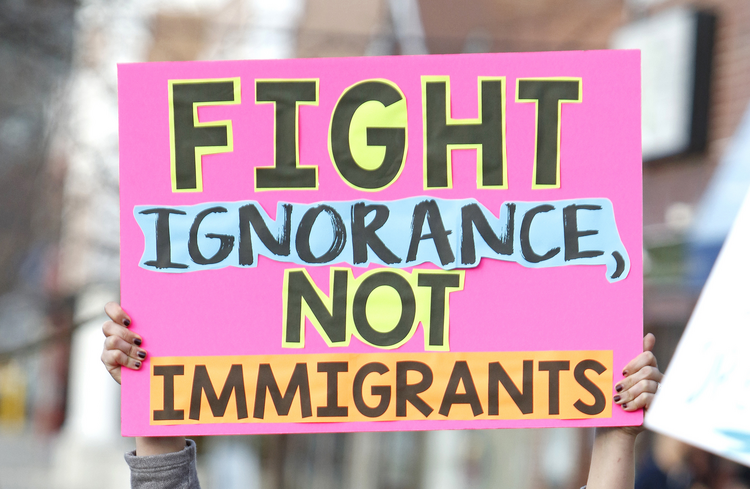 “We have students who say: ‘I’m afraid to leave the campus. Can ICE pick me up if I walked on the sidewalk or across the street? What are the boundaries of this?’” says Jennifer Ayala, recalling numerous conversations she has had with students in the wake of the White House’s recent immigration crackdowns. Dr. Ayala, an associate professor of education at at Saint Peter’s University in New Jersey, also serves as the director of St. Peter’s Center for Undocumented Students. The center’s mission is to shed light on the political and economic realities of immigration while creating a welcoming community for undocumented students. “They tell me, ‘everyday I just feel so anxious,’” says Dr. Ayala.

Anxiety is the new reality for undocumented students on campuses across the United States, as well as for the students, faculty and administrators who want to protect them from possible deportation. The undocumented students who arrived as children—often called “Dreamers,” a reference to the Dream Act (Development, Relief, and Education for Alien Minors)—can qualify for a temporary reprieve from deportation under the Deferred Action for Childhood Arrivals program but are no longer sure if they are protected.

That tenuousness was underscored by the experience of Daniela Vargas, 22—a DACA student in Mississippi who came here with her family from Argentina at age 7. Ms. Vargas could not afford her $495 DACA renewal fee until early February—her status had expired in November. A few days after she reapplied, Immigration and Customs Enforcement officers came to their home and took her father and brother into custody. She avoided the same fate that day by hiding in a closet, but on March 1, ICE arrested Ms. Vargas after a news conference in which she spoke about her father and brother's pending deportation.

“The reality of the Trump administration has opened up a whole new range of people who are interested in our work,” says Christopher Kerr, the executive director of the Ignatian Solidarity Network, a social justice advocacy organization. While the presidents of Jesuit colleges and universities have pledged to use all legal means necessary to protect students and Jesuit schools are discussing how they can support these students financially, legally, emotionally and socially, Mr. Kerr’s assessment is still bleak. “Faculty and staff have come to the realization that they need to be telling students to prepare for the worst for themselves and their families who may be mixed status,” he says. “Enforcement will increase, and schools will not have the power to protect students from everything.”

This sobering new reality for immigrant students presents questions and issues for all students on campus as well as those high school seniors planning to attend college in the fall. In addition to helpful resources like Loyola University Chicago's instruction program for how to create a safe space for undocumented students on campus, my Freshman Survival Guide co-author, Nora Bradbury-Hael, and I have added a few extra points below to complement our more general Top Ten Survival Strategies.

“We have been living in rather tenuous times that have been very challenging for our students at [The University of California,] Berkeley,” says Ivan Tou, C.S.P., pastor of the Newman Hall-Holy Spirit Parish there. Berkeley, a school with a long history of activism, has recently been back in the news for its on-campus protests. Father Tou has seen the political fallout since the election from a number of angles. “It has been tough for Catholics who voted for Trump because of his pro-life stance…and now have second thoughts,” he says, “and it is alienating families when they find out that someone voted for Trump.”

“We are called to be salt of the earth, sometimes flavor-enhancing, sometimes stinging.”

Despite the challenges, the parish’s response remains rooted in Gospel values and is evident in their generous support for a refugee fund as well as the help they have given to four Iraqi refugees settling in the area. “We cannot sit on the sidelines,” Father Tou stressed in a recent message to the parish about faith-inspired action in a democracy. “We are called to be salt of the earth, sometimes flavor-enhancing, sometimes stinging.”

Correction, March 9: The instruction program for creating a safe space for undocumented students referred to above is sponsored by the Loyola University of Chicago, not the Ignatian Solidarity Network.