Trump reminds us that 'gut feeling' is still essential to politics 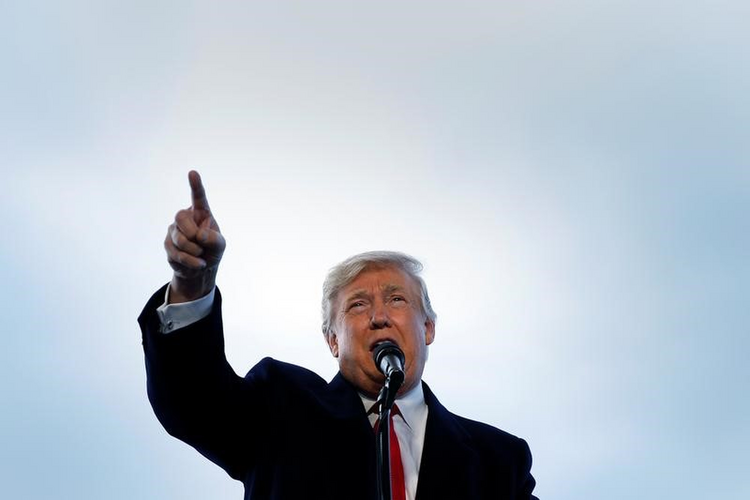 I felt the first tremors of the political earthquake of 2016 last spring at the Winking Lizard Tavern in Cleveland, Ohio. I had just delivered a speech to a group of alumni of Jesuit universities when a fellow Jesuit and I popped in for a pint and started chatting up a college-educated, 30-something Clevelander about presidential politics. It was all quite ordinary and predictable until the guy said something that stopped us in our tracks: He had wanted to vote for Bernie Sanders, he said, but he felt that Bernie couldn't win, so he was now planning to vote for Donald J. Trump. “Trump and Sanders have diametrically opposed politics,” I thought. “How can he pivot so easily from one to the other?”

Then I saw it. As the blood rushed to his face and his fist hit the bar, he told us that the political system is run by elites who don’t care about people like him, the people Bill Clinton famously described as the folks “who work hard and play by the rules.” This Clevelander felt betrayed. Now he wanted to blow up the whole d**n thing, and he didn’t care whether Sanders or Trump lit the fuse.

I felt other tremors during the trip. There was the white, millennial female at the Delta Airlines counter who said she was voting for Mr. Trump because she resented the suggestion that she should vote for Hillary “just because she’s a woman.” Then there was the African-American hotel doorman and the Latino Uber driver who also wanted to make America great again. After 72 hours in Cleveland, my gut told me that Mr. Trump could not only win the election but that he very well might.

Then I did something I rarely do: I ignored my gut. Like the rest of the media and most of the eastern establishment, I decided to trust the hard data, which all pointed to a Clinton win. The polls weren’t wrong; they proved to be an accurate predictor of the national vote. But I ignored the data that mattered most: what my gut told me about who had the momentum. In politics, as in sports, momentum is that invisible, unquantifiable, powerful force that makes or breaks a campaign. What the Force is to Star Wars, the Big Mo’ is to politics; and your gut is the surest guide to measuring and channeling it.

The 2016 election reminded me that the gut still matters; that instinct, emotion, intuition—all those elements that make politics, well, politics—still matter. The science matters too. But you wouldn’t ask a macro-economist for accounting advice. You’d ask an accountant. Similarly, the people who know politics best are not the political scientists but the politicians, not the pollsters but the people sitting next to you at the bar. The science, data, technical expertise—these all have their place. But there’s a reason it’s called “the art of politics” and a reason why politics is called “the art of the possible.” Human beings and human behavior are a complex amalgam of body and spirit, faith and reason. In understanding them, we shouldn’t make science do the work of art, or art the work of science, or the head the work of the gut.

Yet in our increasingly technocratic world we often discount what is unseen in favor of what is seen and measurable. And not just in politics. As is well known by now, the New England Patriots quarterback Tom Brady was the 199th overall pick in the sixth round of the 2000 N.F.L. draft. On paper, according to the stats, there wasn’t much there. Now he’s widely regarded as the greatest quarterback in N.F.L. history because Coach Bill Belichick had a gut feeling that Brady had that indescribable, indispensable quality that makes a champion.

That same Jesuit friend who joined me for a pint in Cleveland told me that he knew by the start of the third quarter that the Patriots would beat the odds and come back to defeat his beloved Atlanta Falcons to win the super bowl. How did he know? “I had a sinking feeling,” he said. “I could feel it in my gut, and I could see it on the screen. They had momentum.” Every broadcaster cited the hard data to tell us that the Pats couldn’t and wouldn’t come back. But Tom Brady had a gut feeling that they would and then they did. The New York Times columnist Ross Douthat had a similar gut feeling at halftime and it produced the best tweet of the night. “Seeing a lot of confidence this game is over,” he wrote, “from people who apparently didn't live through 2016.”

The Patriot's win was a fluke, not divinely managed. The Trump win was both a fluke and complete misreading of the scheme and failure of politics. Trump was given daily free publicity by every media. His preposterous, racist, cruel, misogynic, anti-immigrant and definitely immoral outbursts filled the airways and he outshouted his more civil and capable opponent, who actually won the popular vote. Deplorably, however, were the koffee klatches and church goers who disdained any negatives about Trump and celebrated slapping down that over ambitious black president and so-called liberal intellectuals crying out in warning. In the first two weeks we have seen the indelible effects of a political leader who has every reasonable voice in his sights.

Mike
You are perpetuating "the misread" of the press before the election and ignoring the essence of the college educated guy at the bar cited by Fr Malone.
Great numbers of same people who voted for Obama voted this time for Trump.....you need a better explanation than simply crying "racist", " "mysogonist", "anti immigrant".
The press version was "no college educated person could ever vote for Trump"...... yet millions did. The press version was that Trump couldn't get any significant percentage of women to vote for him......yet they did. The above article seems quite correct.....this election was a rejection of the "elitists" and the status quo the elitist represented. I suggest that your relegation of the people who voted for Trump to your dustbin of deplorable epithets is a perfect example of the the shrill, finger wagging moral superiority and elitism that motivated millions to reject Mrs Clinton.

A campaign consultant for Clinton had a panel of undecided voters she kept in contact with. She tracked their preferences over the campaign and saw a major shift happen when Clinton called Trump voters deplorables. Then they shifted to Trump in a big way.

Clinton was clueless and we dodged a major butlet when she didn't get elected. I personally know a half dozen people who could not vote for her. It didn't make any difference where I live in New York but I bet it did in other places.

I appreciate your comments about the election, but I am still baffled by it. People can say that Hillary Clinton was a "flawed candidate," but I think the failure of women to vote for her was primarily a cultural issue. Women who succeed in traditionally masculine fields have to play by masculine rules. Most masculine rules are against the rules for groups of women - and women tend not to like women who break feminine cultural rules. It causes difficulties for women who want to succeed in public life. I think it is a big contributor to the "glass ceiling" and is the underlying problem in the "mommy wars.

And if Hillary Clinton was "flawed", what word adequately describes Donald Trump? And why are people so willing to entirely overlook the problems he brings? The feeling I get from those who voted for Trump is buyer's remorse - they are pretty quiet about politics these days.

Twenty-six of twenty-eight right-to-work states (r-t-w states now have 280 electoral votes) voted for Trump. Republicans got their base to the polls. How?

For example, a low income working Mom buys chocolate to reward junior for the “A” on his report card. The Boondock’s gazette reports a food stamp recipient bought chocolate. Rush Limbaugh reads the clipping to talk radio listeners and says, “folks, this is happening all over the country.” Millions of voters go into a rage that food stamp recipients buy chocolate. Hillary was DOA in right-to-work states.

People should read/listen to Zalena Zito. She talked to all those guys in bars in Pennsylvania, Ohio, Michigan, iowa, and Wisconsin. She preached all during the summer and fall that there was a sea change in these people that has slowly been going on for 10 years.

They were pissed. And so were their wives. Also Donald Trump out hustled Hillary. He had 3 rallies to every one of hers and they were twice as big and he didn't need rock stars to get the crowd out. He was the rock star.

There is a significant difference between a "gut reaction" and a developed intuitive sense. The latter is an introspective and informed tentative conclusion, while the former is merely a stimulus-response impulsive urge. The intuitive sense is sometimes very helpful in decision-making but the former is not. We should be diligent in discerning the difference.