How sanctuary sentiments are clashing with Trump immigration enforcement in Miami 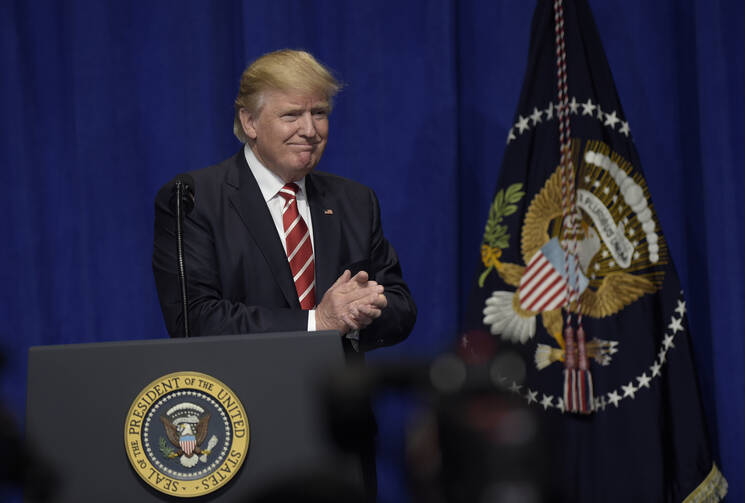 Few American cities are as immigrant-rich as Miami. More than half of Miami-Dade County’s 3 million people are foreign-born—Cubans and Colombians, Haitians and Hondurans, Chinese and Chileans.

One of them is Miami-Dade Mayor Carlos Gimenez, whose family came to Miami’s Little Havana when he was 6 years old to escape Cuba’s communist revolution.

“It was remarkable to see a mayor of one of the largest and most diverse and vibrant immigrant communities in the nation be the first to capitulate” to Mr. Trump’s pressure.

As a result, most immigration advocates were astonished when the mayor caved to President Donald J. Trump on Jan. 26. The president had threatened to withhold federal funding for local governments—especially so-called “sanctuary cities” that shelter undocumented immigrants—if they did not help Immigration and Customs Enforcement officials keep those immigrants behind bars.

“It was remarkable to see a mayor of one of the largest and most diverse and vibrant immigrant communities in the nation be the first to capitulate” to Mr. Trump’s pressure, says University of Miami law professor and immigration expert Rebecca Sharpless.

Not surprisingly, Mr. Gimenez’s directive that Miami-Dade jailers comply with Mr. Trump’s executive order has sparked a number of angry protests at county hall in downtown Miami. South Florida, after all, has the fifth largest undocumented population of any metropolitan area in the country, according to the Pew Research Center.

The controversy has also kindled an urgent debate about the extent to which Mr. Trump can impose his vision for immigration enforcement not just on federal bureaucrats and border patrols, but on state and local leaders.

Miami-Dade is not a sanctuary metropolis. But in 2013 its board of commissioners did pass a resolution which stated that the county would not aid federal immigrant detention efforts unless the federal government reimbursed it for the costs—which can run into the thousands if not tens of thousands of dollars per detainee. (Washington rarely ponies up.)

Under the Trump administration ultimatum, Miami-Dade faced the potential loss of $300 million in federal grants.

Because of that resolution, the Obama Administration slapped Miami-Dade on its “sanctuaries” list, but it did not try to force those governments to cooperate with detention requests. Under the Trump administration ultimatum, however, Miami-Dade faced the potential loss of $300 million in federal grants. Mr. Giménez decided this was too large a risk as his sprawl-plagued county tries to expand its threadbare transit infrastructure, so he made the determination, according to Deputy Mayor Russell Benford, that “the detainer requests are legal.”

But experts like Ms. Sharpless believe the mayor simply panicked—and panicked because of faulty legal thinking.

“The mayor acted too much in haste,” she argues. The executive order, she adds, “is not a mandate at all. The law prevents the federal government from compelling states or cities to administer a federal program.”

Ms. Sharpless is referring to the anti-commandeering doctrine of the 10th Amendment, one of the constitutional bedrocks of U.S. federalism.

The Supreme Court most recently upheld the principle five years ago, in reverse fashion, in Arizona v. United States. The state of Arizona, where anti-immigration politics had reached fever pitch, attempted to give local law enforcement immigration enforcement power. The Obama Administration successfully challenged Arizona’s law as a usurpation of federal authority.

For that reason, Miami-Dade Commissioner Daniella Levine Cava urged Mr. Gimenez to reverse his decision and suggested that the county join a lawsuit challenging the constitutionality of Mr. Trump’s executive order.

“It’s very possible the executive order will not stand,” says Ms. Levine Cava. And should that be the case, her bigger worry is that the tables will turn and Miami-Dade itself could become the target of lawsuits for having effectively acted as Mr. Trump’s accomplice.

“Are we opening Miami-Dade County taxpayers up to costly litigation on top of the additional costs of detention?” she asked in a memo to the county attorney this month. “Given the White House’s stated desire to expand the scope of its deportations and expand the definition of ‘criminal’ in the immigration context, do we fully understand the scope of who this policy might include?”

The Miami-Dade County Commission—admittedly one of South Florida’s more dysfunctional institutions—is poised to confront those questions and more in a special meeting on Feb. 17. More loud demonstrations are certain. One immigrant rights group is even bringing children to county hall on Feb. 14 to deliver Valentine’s Day cards to Mr. Giménez that read: “Have a Heart!”

That might be effective local theater. But what the Miami-Dade crisis calls out for most is national immigration reform.