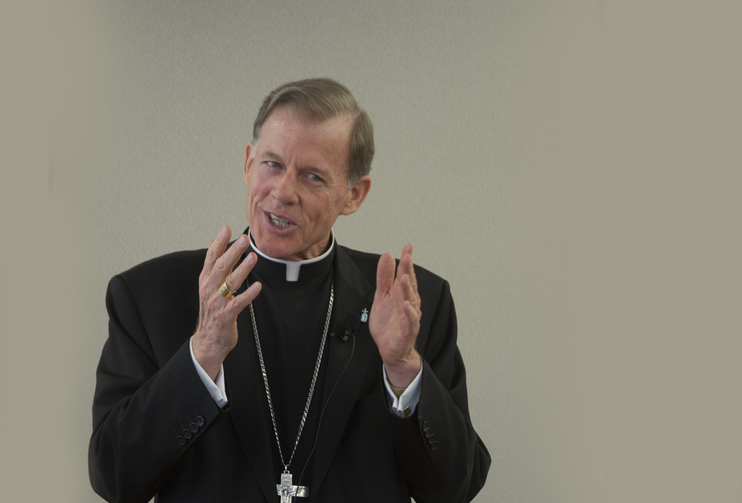 In a statement a week before Christmas, he said such a tax burdens the poor and working families.

"Our neighbors are hungry!" he said. "At this time as we prepare for Christmas, countless nonprofits and civic organizations work to fill food baskets, but some legislators want to take food out of another basket, the grocery basket, with their proposed food tax."

Bringing back a food tax has been discussed in interim hearings of the state Legislature. Although not yet formally introduced, it could become part of comprehensive tax proposal, according to the Albuquerque Journal.

Archbishop Wester called on all New Mexicans to oppose the food tax.

A spokesman for New Mexico Gov. Susana Martinez, a Republican, told AP that the governor has said she would veto any effort to raise taxes on families. AP quoted Michael Lonergan, her spokesman, as saying Martinez "has never supported raising taxes—especially on food and gas."

In 2004 New Mexico repealed its decades-old regressive tax on food. Then-Gov. Bill Richardson vetoed a reimposition of the food tax in 2010. Children and family advocates in New Mexico have successfully fought more recent efforts to bring back the food tax.

Most states exempt groceries from sales tax. The exceptions are: Hawaii, Idaho, Kansas, Mississippi, Oklahoma and South Dakota, which tax groceries at the same rate as all other products. Missouri, Tennessee, Utah and Virginia also tax groceries, but at a rate lower than other products.

Idaho's income tax law provides a $20 credit per person designed to partially offset the impact of taxing groceries, according to the Washington-based Tax Foundation. Kansas has a law that provides for a limited refund of the tax for the disabled, the elderly and low-income households.