Why abortion laws could change in Ireland. 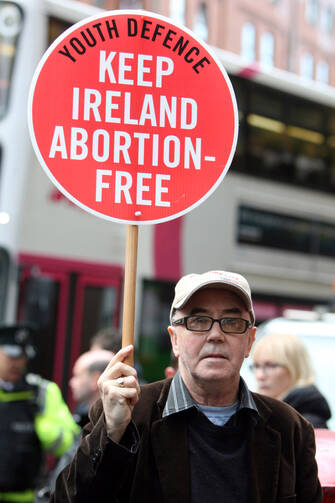 Few issues have mobilized and polarized the Irish public as much as abortion. By law, abortion is prohibited in the Republic of Ireland, except when the life of the mother is endangered, including the risk of suicide. But in recent years, the call to liberalize Ireland’s abortion laws has created significant political pressure, with left-leaning parties like Sinn Fein and Labour favoring a referendum on abortion, a notion resisted by the more conservative parties of Fine Gael and Fianna Fail.

During the election of 2016, the government committed itself to creating a citizens’ assembly to make recommendations on key issues of the Constitution, including climate change, fixed-term parliaments and abortion. In October, Taoiseach Enda Kenny, the prime minister of Ireland, opened the assembly in Dublin. It comprises 99 citizens and a chairperson. The assembly members were otherwise randomly selected, but they are intended to represent the Irish electorate in terms of gender, age and location. Their first priority will be the issue of abortion.

At a hotel in Dublin over four weekends, the assembly will be examining what is widely referred to as the Eighth Amendment, which gives effect to Ireland’s ban on abortion. It declares that the Irish State “acknowledges the right to life of the unborn and, with due regard to the equal right to life of the mother, guarantees in its laws to respect, and, as far as practicable, by its laws to defend and vindicate that right.” It was voted into the Constitution by referendum in 1983 and passed on a significant margin, carried by 67 percent of the electorate.

But the electorate of 2016 is a different generation entirely. One recent poll found that two-thirds of respondents were in favor of repealing the Eighth Amendment to allow for abortion in some cases—incidents of rape or fatal fetal abnormalities, for example. The poll followed a United Nations ruling in June that Ireland’s abortion ban violated the human rights of women.

The following month several government ministers refused to follow the government’s instruction to vote against an abortion bill that would have allowed for abortion in the case of fatal abnormalities (under current laws parents must carry a pregnancy full-term). Because of the constitutional protection of the unborn’s right to life, the bill was not legally viable, but the ministers’ refusal to vote against it was prompted by frustration at the government for not acting on calls for a referendum on the issue.

Recommendations from the assembly, based on the members’ views after discussion and submissions from various groups, will be forwarded to the Dáil (Parliament) and Seanad (Senate) for a vote next in 2017. The process has drawn criticism from the pro-choice campaigners, who feel the creation of the assembly represents little more than a delaying tactic, while many in the pro-life campaign fear the process already has a pre-arranged outcome and that a referendum is inevitable.

Two weeks before the first meeting of the assembly, the Catholic primate of all Ireland, Archbishop Eamon Martin, described the Eighth Amendment as underpinning the fundamental principle that all human life is sacred. He also pointed to what he described as the contradiction between calls for the repeal of the Eighth Amendment and the increasing urgency for society to care for the planet and its inhabitants.

"To deliberately and intentionally take the life of an innocent person, whatever their state or stage of life, is always gravely morally wrong," Archbishop Martin said, adding that the national focus should be on services and support for women facing unplanned pregnancies.

At the first meeting of the assembly in October, Enda Kenny stressed the importance of allowing all opinions to be heard in an era where people with diverse opinions are often “pitied, ridiculed, virtually hounded or indeed destroyed.” Kenny was specifically referring to social media sites, which have provided fertile ground for derision on both sides and have put the participants of the assembly within reach. Addressing the group directly, Kenny said the issues to be discussed were beyond politics; they are hugely challenging, deeply complex and profoundly ethical.

He said, “Your work in addressing and achieving this vital consensus on behalf of us all will affect—indeed profoundly affect—how we live our individual lives and our national life in the Republic of Ireland in the years to come.”

The first discussion on abortion begins on Nov. 25.