Catholic schools might be the last place to cultivate Catholic culture 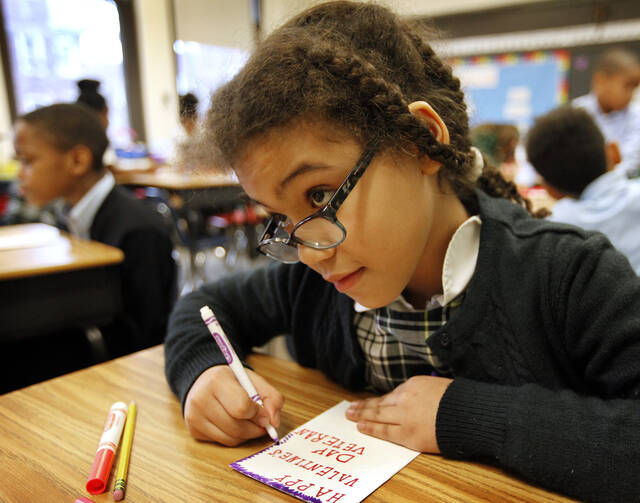 It has been more than a century since my family settled in New England, led by my grandfather, Bill Malone, a son of Ireland and a refugee of industrial England, who came to Fall River, Mass., at the age of 10 to live with an aunt he had never met. My grandfather was welcomed there by a church and a community who gave him a home, a brief education, a job and, most important, a chance. Fifty-nine years later, he retired as general traffic manager for Lever Brothers North America. What he earned in those years helped put me through college.

My grandfather’s path to the American dream is now largely impassable. No one should expect today to ascend the ladder of professional American life with nothing more than natural talent and a capacity for hard work. Education, while always important, is more important than ever. Yet we desire to bequeath to our children considerably more than an equal opportunity and a higher standard of living. As Christians, we measure progress not by the gross domestic product but by the advance of love and justice. It is for this reason that a Catholic education, fixed as it is in a vision of love for God and neighbor, is such a precious and life-giving gift. And a Catholic education is more important today than ever before, not merely because the absolute value of education has risen but because those moral and intellectual qualities that a Catholic education deliberately cultivates are so desperately needed.

First, a sound Catholic education respects the marriage of faith and reason. Without faith, reason is strictly scientific knowledge; and without reason, faith is a dangerous and often deadly force. The two, faith and reason, work hand in hand, for without the other, each ceases to be what its name signifies. A Catholic education, rooted in faith and reason, therefore, cultivates a suspicion of the ideological partisanship that sickens our contemporary body politic, for it teaches us that life is complicated, even messy, and that true human wisdom is the product of a joint effort between God and humans.

Second, a sound Catholic education is desirable in the present ecclesiastical and civic climate because American Catholics have left the Catholic ghetto of decades past and taken their place in the ordinary life of this country. This is surely a good. Yet we have left too much of the culture of that ghetto behind. Apart from the life of a parish, the Catholic school is one of the few remaining places that consciously cultivate a distinctly Catholic culture. By this I do not mean indoctrination, for that would offend the freedom and dignity of our Catholic and non-Catholic students alike. Besides, the church and society suffer not from a lack of ideas, which are cheap and plentiful, but from a lack of imagination rooted in the virtue of hope. In a world torn by ideological divisions, this kind of imagination is in short supply. Our Catholic schools are one of the best ways of nourishing imagination, allowing our children, in the words of another Irishman, not merely to see things as they are and ask why, but to dream things that never were and ask why not.

Third, a sound Catholic education places the human person at the heart of intellectual inquiry. The advance of impersonal ideologies requires the depersonalization of our discourse. If we are to overcome our political divisions, we must see the person who is the subject of our debates.

The choice of a Catholic education for our children today is the right choice at the right time, not merely for its material benefits, but for the progress of souls; not only so our children may better live the American dream, but so they may realize God’s dream for us all: to live a life in faith, hope and love in a just and prosperous world.