Gang violence in Ireland has a new, deadly directive 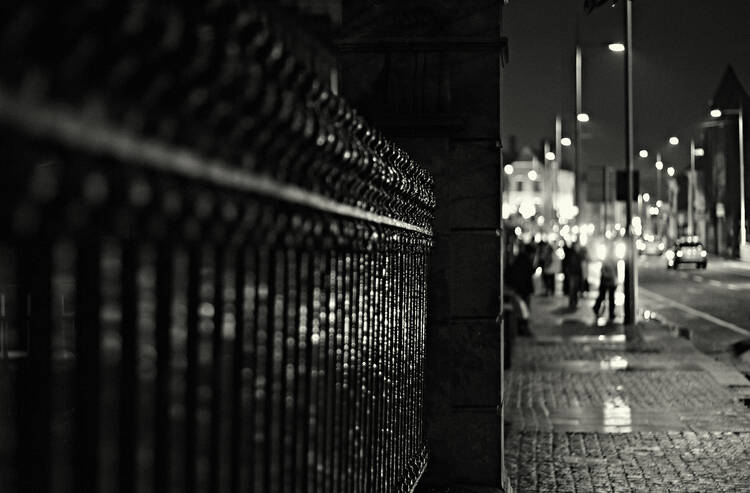 In the closing scene of the movie “Veronica Guerin,” moviegoers learn how the film’s eponymous journalist’s work turned the tide in Ireland’s drug war. Based on the true story of her work as a reporter for Ireland’s Sunday Independent, the film follows Guerin as she exposes the extravagance and ruthlessness of Ireland’s criminal gangs, linking their fortunes to the heroin epidemic in inner-city Dublin.

She interviewed and investigated notorious drug lords and criminals, giving them colorful nicknames: “the Coach,” “the Monk,” “the Boxer,” “the Maradona.” She was threatened, beaten by a gang leader and shot in the leg by an intruder in her home. Finally on June 26, 1996, while her car was stopped in traffic in north Dublin, she was shot five times by a hired killer on a motorcycle. She died at the scene, leaving behind a husband and a young son.

Her writing had already had a significant impact, but her death proved pivotal. Flowers piled up outside the gates of Ireland’s Parliament, and public anger jolted government into action. Within a week, the government altered the Constitution to allow the high court to freeze the assets of suspected drug barons.

The Criminal Assets Bureau was formed and given the power to access and seize unexplained wealth from suspected criminals. Since then, the agency has taken multimillion-euro settlements from leading criminals who were previously untouchable.

Guerin’s death led to arrests of more than 150 people and a serious crackdown on crime. The residents of the inner city, who had long protested their neglect and marginalization, were given community schemes to tackle the vicious cycle of poverty and drug abuse.

But the last two decades have not borne out the cautiously hopeful note offered by the movie version of Veronica Guerin’s life. The next generation of criminal gangs learned to adapt and thrive, moving their business and assets abroad to places like Spain and Amsterdam—out of reach of the CAB. They resupplied the Irish drug market, benefiting from the rise of recreational drug use during the Celtic Tiger era and the continuing drug problems in some working-class neighborhoods.

Today Dublin is in the midst of another gang feud, this time led by the Christy Kinahan gang, based in Spain, the epitome of this new generation. The gang’s net worth is estimated at almost $500 million, a scale never seen before in the Irish underworld.

In the past year, the gang has waged war on members of the Hutch family, some of whom were associated with large-scale robberies. A member of the family, Gary Hutch, got on the wrong side of the Kinahans and was shot dead. A retaliation killing followed; since then, 10 people have died in total, with nine of the murders believed to have been carried out by the Kinahans. Most of the victims were murdered on Dublin’s streets; many were not linked to crime.

The audacity of the killings in broad daylight has shaken Ireland and cast fresh light on problems in its inner-city areas. In the media circus that followed, the local councillor Gary Gannon drew a connection to civic response after Guerin’s death, when he was only 8 years old and living in the inner city. He remembers the social programs and new office buildings that came from regeneration efforts, as well as the tenacity of drug addiction, which persisted despite such efforts.

He has called for youth initiatives to address unemployment and marginalization rather than an increased police presence. The Rev. Peter McVerry, a Jesuit priest who has spent his life working with homeless and drug-addicted young people, says the drug crisis is now worse than ever.

The boldness and brutality of the latest murders are particularly frightening, he says. “It’s not about money, it’s not about territory, and there doesn’t seem to be any way of stopping it.”

Getting witnesses to give evidence against the gangs could have some effect, Father McVerry suggests. “But it comes at a terrible price,” he says, “because people die.”

During Veronica Guerin’s funeral in Our Lady Queen of Heaven Church, a place she attended every Sunday, the Rev. Declan Doyle asked, “Where is Irish society headed? What forces are vying for power? What is the future of our country?” Through all that has changed in the last 20 years, those questions remain worth asking.