What does Catholic health care reform look like? Our readers overwhelmingly gave one answer. 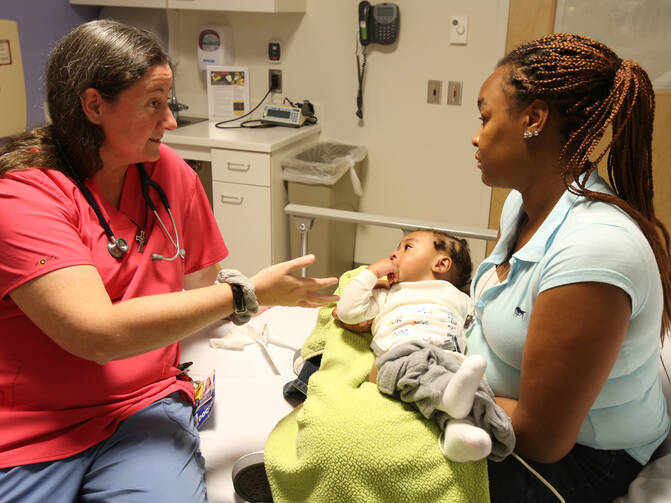 Mercy Sister Karen Schneider, a pediatrician, talks with the mother of a child in the emergency room in 2014 at Johns Hopkins Hospital. (CNS photo/Bob Roller)

In the midst of the Trump administration’s promise to repeal and replace the Affordable Care Act, we wanted to hear how some of our readers approach health care reform. In an informal survey distributed across our social media platforms and through our email newsletter, America asked what Catholics should prioritize in health care reform.

In response, 77 percent of our small sample of readers argued in favor of universal health care coverage. Emilia Tanu of Washington, D.C., was one such reader. “If universal health care is prioritized, then other health care mandates concerning religious liberty will be more easily negotiated and protected,” Ms. Tanu wrote. “We need to provide a foundation of accessible, universal, and affordable health care to allow the possibility of opt-out coverage.” Carl Neimeyer of Maryland also stated that providing universal coverage would encourage “respect for religious liberty,” in addition to upholding patients’ rights.

Many readers who thought health care reform should include universal coverage commented that, as Catholics, they think health care should address their concern for every human life.

From Philadelphia, Meg Retz wrote: “As a Catholic who works as an advocate for people who are sick and homeless, I think of access to health care in the same way I view access to food and shelter: as a basic human right. How can we as Catholics say we value human life and also support health care reforms that will reduce or eliminate care for the poorest and sickest among us?”

Concern for the most vulnerable motivated 17 percent of our readers to select “supporting access to health care for the poor” as their top priority in health care reform. This option was not necessarily counter to universal coverage and, for some readers, led directly to expanding health care coverage. Charlotte Thurston of New York, for example, told America: “Universal health coverage and supporting access to health care for the poor are really equally important, because they both come out of a social justice mentality that says we should live out the teachings of Jesus by looking out for each other, and stewardship is key.” 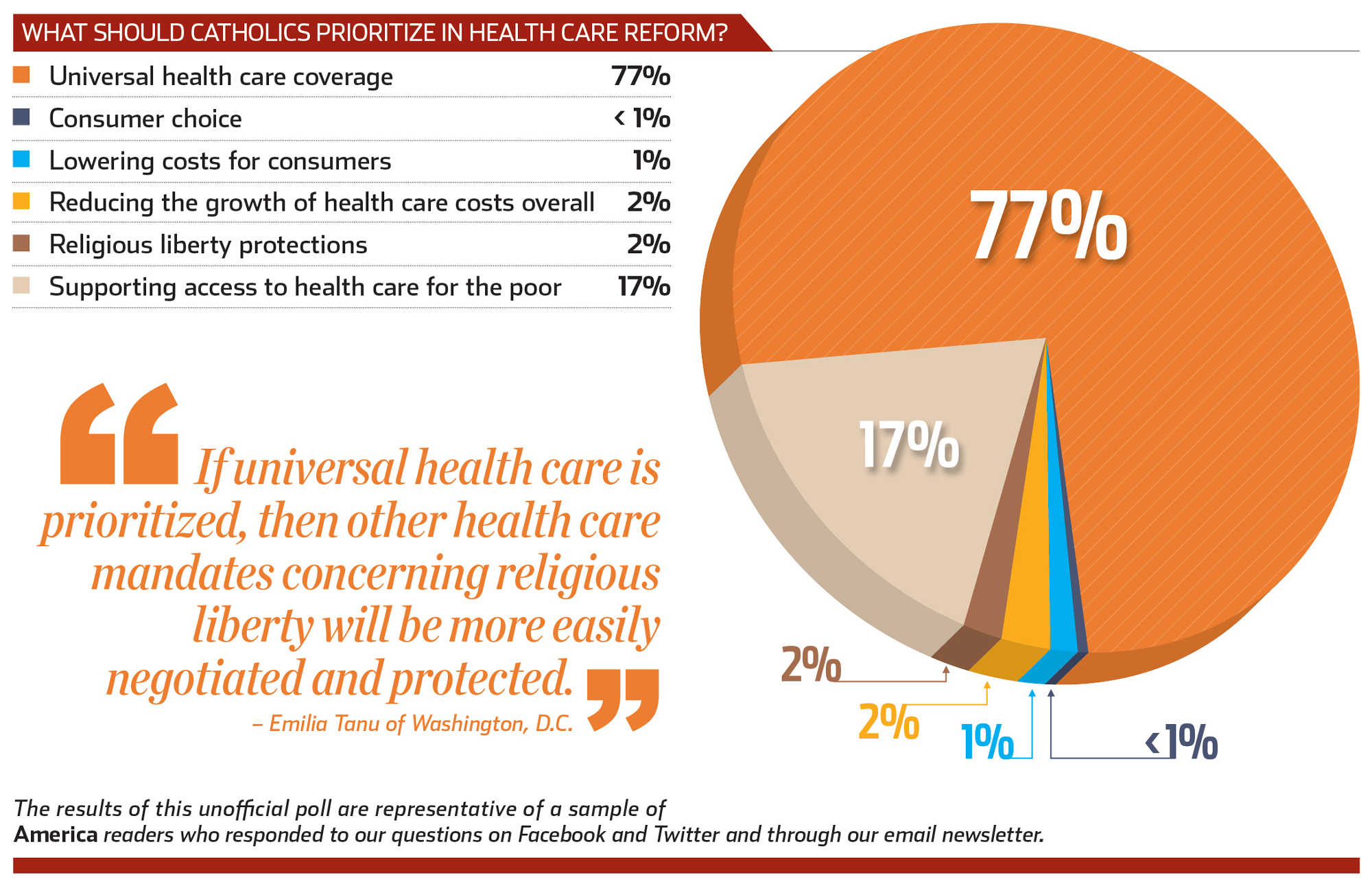