Dear Editors: Getting to know Muslims is part of my responsibility as a Catholic

Dear Editors: Getting to know Muslims is part of my responsibility as a Catholic 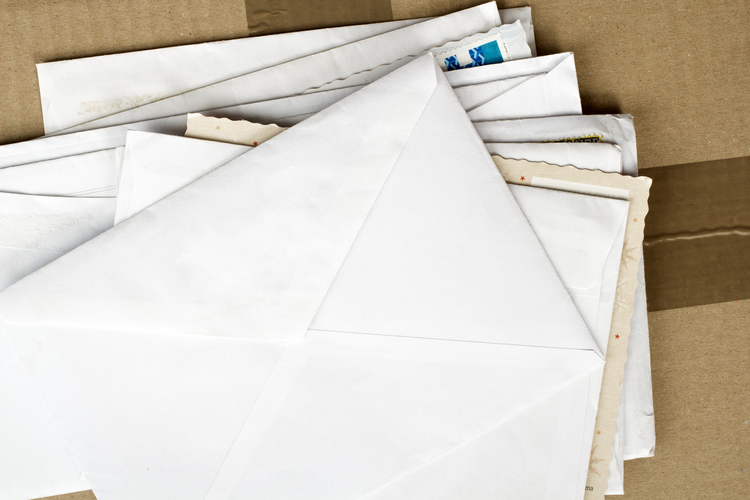 All Are Worthy of Love

Re “A Hispanic Moment?” (Editorial 10/17): Engaging diversity and social justice in our society is a moral and ethical obligation, especially if one aligns oneself with Christ's teachings. “Othering” people is a basic tenet of racism and xenophobia—if we are devaluing another's life experience or cultural heritage we are culpable of such. The church is a source of major support for many ethnically and linguistically diverse groups, whether their members be citizens, immigrants, refugees or asylum seekers. The church is a place to belong. What can we do to elevate respect for our brothers and sisters, whom our Lord embraced in the Gospels? Will we look with the eyes of Christ and see that all are human, all are worthy of love?

Re “Stand-Down for U.S. Police?” (Current Comment, 10/17): The police, city and county establishments are all in denial. They automatically defend police officers against all accusers, whether they were caught on camera or have received a witness complaint. The high number of suspects shot to death by many police officers at once—with the slightest excuse—is exceptional evidence of a SWAT mindset of “kill or be killed.” In so many instances, the police officer could take cover, defuse the situation and probably negotiate a surrender. It is certainly a tactic missing in the confrontations with mentally ill people, who would benefit from an experienced mental health professional taking the time to calm things down and offer assistance, instead of barking surrender commands. Clearly, most police agencies do not agree. Few see officer training as a significant part of public safety, and those who fund police training seem even more reluctant to give this issue any priority at all.

Re “Dorm in the Dumps” (Current Comment, 10/17): This is quite a good commentary on dormitory living. My three years in a dormitory and a fourth year off campus (in an apartment with two friends) was an incredibly rich experience. There was a diverse range of viewpoints, interests and endeavors among the people who lived around us. This commentary could be expanded by looking specifically at the substandard living options off campus that many collegiate football players are allotted these days. There were once dormitories for athletes that were well supervised by adults; too many athletes go astray today because of unsupervised living off campus.

America would also perform a service by shining some light on how university and college athletic programs rarely support themselves and are subsidized by a surcharge, on average, of $800 per student. The whole enchilada that is college football finance needs to be put under some scrutiny: the ticket sales, proceeds from tailgating, product endorsements and licenses and television advertisements. The pendulum has swung too far toward athletics and away from academics on campus.

Let Go of the Old

Re “Digital Growth” by Bishop Christopher J. Coyne (10/17): This is an excellent article with a positive perspective on digital technology. Unfortunately, many of the baby boomer generation think that the young people are going to outgrow their digital toys. Worse yet, by trying to tell the young people to put their smartphones down, they are trying to force the genie back into the bottle. In fact, there is a huge gap between generations. By referring to Karl Barth’s preaching technique, this article is a good step toward realizing that preaching must transcend all generations. Our real challenge is to begin to prepare for Generation Alpha, which doesn't just use technology but hopes to integrate it into their lives flawlessly. Connecting with people (to educate, inform and/or establish relationships) will require the use of technology in the future. Now is the time to prepare and begin to let go of old paradigms.

Re “Islamic Misinformation” (Current Comment 10/3): It has been my experience that getting to know Muslims is part of my responsibility as a Catholic and apostolic church member. My view of Muslims is extremely favorable because I have gone out of my way to make friends with them. A gas station attendant near my residence, for example, is a prayerful man who goes out of his way to help others. He has said on many occasions,“We have the same God,” as he clasps my hands. Another Muslim friend contributes money to our AIDS facility at Ramadan, and every Christmas he and his wife remember me with a gift.

It seems strange that we Catholics—who are supposed to follow the teachings of Jesus to love God and our neighbor as ourselves—should omit the neighbor because they are different.

Interfering in the Middle East

Thank you for your charitable, sensible and Catholic statement and exhortation. In response to your detractors, several things could be said, one of which is: Do you realize how much the “democracies” of the West have interfered with the Middle East in the past century? As it stands today, Saudi Arabia is a creation of the West, so that we can get cheap oil. That is why we have supported the Saudi family, which has grown monstrously wealthy at the expense of Muslims who live there. While the House of Saud grew wealthy, its people suffered from meager investment in their infrastructure. The problems of Saudi Arabia lie in its politics and ruling family, who have kept things there, including religious laws, quite repressive. The United States and the West are to thank for this, too.

Re “No Precedent Required,” by Lisa Weber (Reply All, 10/3): Lisa Weber has it right in her letter on your editorial, “Commending Phoebe.” At the heart of the issue of women deacons is: “Would they meet today’s needs?” It is clear in the Acts of the Apostles and in Paul’s letters that the office of deacon evolves over time, according to need in the church. The first seven deacons were appointed to serve the neglected Hellenist widows. Later we see one of the deacons, Philip, evangelizing the Ethiopian and baptizing him. Later still, it appears Phoebe and Priscilla were left in charge of churches by Paul. Consider the benefit to the church if women deacons could preach to female prisoners in women’s prisons. I’m reminded of The Word column in America by Barbara Reid; I for one would like to hear a homily with a woman’s take on the Gospel.

Re “Lonely Planet” (Current Comment, 9/17): Obviously the dominant character of the word l-one-ly is one, a reality that even God rejected, preferentially accommodating the Godhead to the companionship of three persons.

One morning in a nearby empty church, visiting the Blessed Sacrament, I saw a woman weeping, face buried in her hands, head bowed. I went over to her and said. “Is there some way I may help you?” She looked at me and said, "Thank you, I'll be okay.” I walked away saying a prayer for her. Years later the same lady stopped me, walking on the street, and said, “Do you remember the day in church when you stopped to asked if you could do something to help, as I was weeping?” I had forgotten having done so, but her question prodded my memory and it all came back. She said, “I want to thank you for caring enough to ask to help me. It meant very much to me.”

Imitating the loving spirit of companionship, the togetherness that holds the Godhead together can also hold humanity together, deleting loneliness. Let's choose to be together—it's the godly thing to do; it's the human thing to do. Opportunities abound.

Re “Reading, A Social Good” (Editorial, 9/12): The age we live in is depending more on technological voices, sound bites and video snapshots. One's ability to read is being replaced by objects speaking to us (television, iPhones, cars and the like). For the young, time is of the essence, and it takes too long to read a book.

We had better find a way to communicate that incorporates the ability to absorb the huge amount of information required to educate the members of society. Maybe we humans need to prioritize learning from experience and human interaction, as humanity did before writing and print became the normal means of communication.

We have the most educated world population ever in human history and yet we commit such violence, ignore societal values and disrespect each other within and outside our own cultures. Think about what was written years ago, by H. L. Mencken: “As democracy is perfected, the office of president represents, more and more closely, the inner soul of the people. On some great and glorious day the plain folks of the land will reach their heart's desire at last and the White House will be adorned by a downright moron.”

This article also appeared in print, under the headline “Reply All,” in the November 7, 2016, issue.