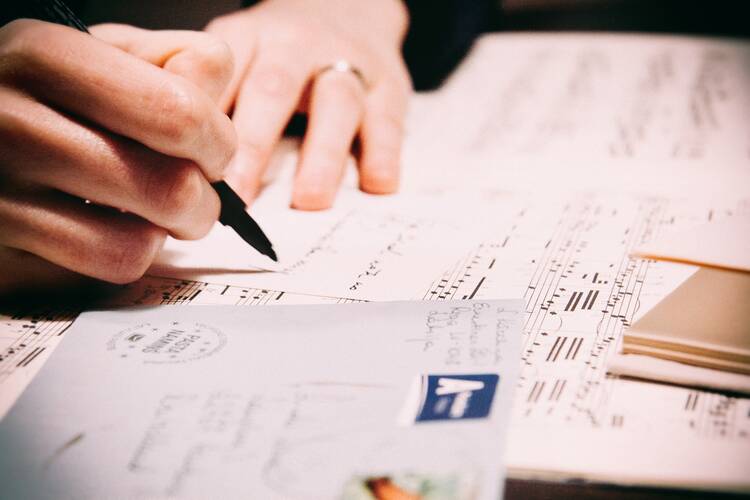 Re “Freedom to Serve” (Editorial, 10/10): The editors have failed to note the difference between civil and religious spheres. While Americans are entitled to their religious beliefs and practices and moral codes, in the public sphere they are not entitled to impose them on others. Belief that all marriage must be heterosexual does not entitle one to enforce that belief on others when significant legal rights are attached to marital status, nor to deny children homes that are otherwise beneficial to them because one objects to the adult relationships in that home. Unless the biological parents have placed a condition upon the agency that the child be raised as a Catholic, the agency has no basis for demanding Catholic conditions.

In the civil sphere, all people have a right to equal treatment under the law, even if others think their behavior is immoral. Civil governments cannot successfully impose legislation of the morality of a minority upon the rest of society without generating massive disrespect and evasion of the law. Permitting others to make their own moral choices is fundamental to the Catholic concept of conscience. So long as Catholic institutions hire and sell services to non-Catholics, they are fully participating in civil society and must not interfere with the consciences of others. Catholics are free to argue for and to promote their moral positions but not to restrict the freedom of others to act from their own moral conclusions.

Re “Budget Fight Bruises the Needy,” by Judith Valente (10/10): As an Illinois resident and human service provider, I understand that Gov. Bruce Rauner spent decades in business and then decided to run for governor. His election surprised me because Illinois is, by tradition, a “blue” state. As we know, the goal of business is to make money, while the goal of government is the protection of all of its citizens. The only thing keeping Illinois from serving even fewer people and descending lower educationally is Michael Madigan, the Democratic leader, and those who work with him. Student enrollment in Illinois universities and colleges is down this year, since students have no assurance about which institutions will be gutted further or even closed down. The author of this report is directly on point.

A Long Road of Recovery

Re “The New Know-Nothings” (Editorial, 10/3): The editors are right to speak out about anti-immigrant nativism and bigotry. It has been wonderful to see unity on this point across a wide spectrum of Christian thinkers, including those who, from a secular perspective, could be labeled either left or right (e.g., perspectives included in America, and those of various bishops, Shane Claiborne and Russell Moore). Turning this into a broader Clinton vs. Trump debate is a distraction. Only one major party candidate has intentionally let the genie of bigotry out of the bottle here. He is rightly condemned for doing so; but if you can still vote for him, hopefully it is despite this behavior and not because of it. Regardless of the result on Nov. 8, we as a people face a long road of recovery, in part because of the nastiness promoted this cycle by Mr. Trump.

Being There for the Elderly

Re “Lonely Planet” (Current Comment, 9/26): I never realized how fortunate I was that both my parents, in their mid-80s, were able to live in their two-story Cape Cod house for over 60 years, up until six months before our Lord called them home. Once a week in the last five years before they passed away, I would take them both to their parish Over 50 Club social on Monday mornings. It was so enjoyable being with them and their friends, I wound up being president of the club for a couple of years.

When I lost my parents, I wanted to find a way to be there for the elderly. In my own parish, I heard about the Legion of Mary, and the fact that a large part of their ministry was with seniors in nursing homes and assisted-living residences. Going to local nursing homes to say the rosary and pray novenas with the residents opened my eyes to the number of other families who are not as lucky as mine. Talk about an epidemic of loneliness!

I hope and pray that your readers will become part of the Legion. Legion groups all over the country, called “praesidia,” really need compassionate, loving and faithful people to respond to this epidemic, and let the love of our Lord and our Lady shine through them.

Re “Fully Formed,” by T. Howland Sanks, S.J. (9/26): This article on seminary formation speaks to the educational needs of Jesuit students. On that matter Father Sanks has more experience than I, certainly. But at the end of his article, he states that his recommendations might be considered for non-Jesuit ministerial candidates.

I am a diocesan priest who has been a pastor. I have held several diocesan positions, including vicar general. I taught parish administration and homiletics in the local seminary as well as in the permanent deacon program. I say all of this because I have a perspective on the work of diocesan seminaries and diaconal education in the United States from “both sides of the desk.”

While what Father Sanks states is true—that all priests are in service to the church—more fundamentally, diocesan clergy are called to serve in a particular church: their diocese. This is also the case for lay ministers, many of whom hold positions that are appointments directly from the bishop. To Father Sanks's concerns about education, I would say that in my experience people don't care what you know until they know that you care.

When it comes to foreign students, there are significant matters that need to be addressed. Language is of course equally important, if not more important than that the priest has the capacity to relate with maturity and be at ease with people. This is a requirement for deacons, lay ministers, pastors and bishops. Unfortunately, cultural differences too often seem to govern, and this is an issue that has not been fully addressed at almost any level.

Re “Free to Serve,” by Helen M. Alvaré (9/26): Jesus expressed admiration for those called to celibacy for the sake of the kingdom, and I share in his admiration. But I cannot praise the patriarchal system that governs male-female relations in the family and in the church.

As long as the church hierarchy remains exclusively male, Catholic doctrine on sex and gender increasingly lacks credibility, for good reasons that transcend sociological trends. Deep down, the sensus fidelium no longer takes the patriarchal family model as “natural law.” If you want to link social, sexual and family justice, transform the church hierarchy into an icon of Trinitarian communion instead of presenting the church as an icon of patriarchal ideology. When was the last time you heard Eph 5:22-33 read at a Catholic wedding? If women are ordained to the priesthood and the episcopate, “Humanae Vitae” makes sense. Otherwise people will continue to turn around and walk away with fingers in their ears.

Re Of Many Things (9/19): One small correction. Both Hillary Clinton and Donald J. Trump were born at the very beginning of the baby boom: Trump in 1946, and Clinton in 1947. The baby boom generation is more or less officially designated as people born from 1946 to 1964.

Those born in 1964 would be 52 years old this year. It is not likely that these two candidates will be the last members of the baby boom generation to run for president.

But this election may indeed be one of the most important in U.S. history. The fact that both candidates are baby boomers is largely irrelevant. I would add that it is likely that their level of participation in organized religion is also irrelevant.

What is relevant and very important about this election is: Will the United States continue to support the American values represented by the U.S. Constitution, and by the symbolism of the Statue of Liberty?

Will the United States continue to welcome immigrants as it has throughout its history? Will our country and its people continue to work toward eliminating bigotry of all kinds, including bigotry towards those of different religions and races, which include most of the more recent immigrants? The choice of candidates really comes down to this.

So the decisive potential turning point is whether or not the United States will turn its back on everything it has always represented. Will the people, in electing a president, choose to support the values on which this nation was built or to renounce them?