Where have all the Catholic intellectuals gone? 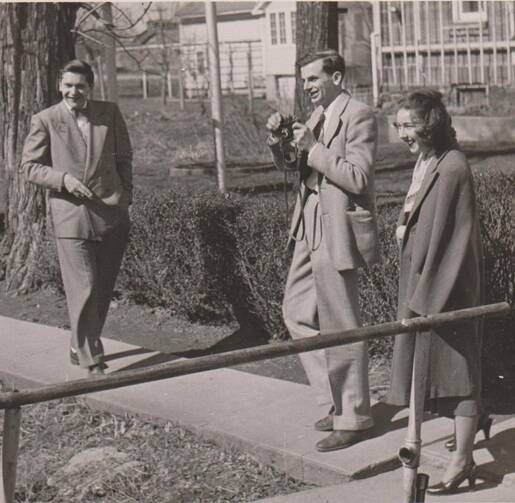 If you work in Catholic publishing, it’s a certainty you’ve been asked one question at cocktail parties: Whatever happened to the Catholic novel? The tone of the query usually betrays declinist sympathies—Where have you gone, Joe DiMaggio?—even for folks who are otherwise glad to be rid of the subculture from which Flannery O’Connor, Walker Percy, Evelyn Waugh, Graham Greene and J. F. Powers arose. Many who yearn for those classics might be horrified to discover that four of the authors mentioned above preferred Mass in Latin. (The fifth died before the Second Vatican Council ended.)

It is perhaps human nature to imagine yesteryear was better, and Catholics are not the only ones who do this handwringing. Witness Alan Jacobs in the September issue of Harper’s, asking, “What Became of the Christian Intellectuals?” Jacobs is what most of us think of as a Christian intellectual, an evangelical scholar who can “speak the language of other intellectuals, including the most purely secular,” who plays the role “of the interpreter, the bridger of cultural gaps; of the mediator, maybe even the reconciler.” Jacobs points to C. S. Lewis, Reinhold Niebuhr and Dorothy Sayers as past examples, but he won’t call himself one. He is not sanguine about his peers either, noting that 50 years ago our country had “serious Christian intellectuals who occupied a prominent place on the national stage. They are gone now.”

Whatever happened to the Catholic novel? The tone of the query usually betrays declinist sympathies—Where have you gone, Joe DiMaggio?

Jacobs suggests that it was, ironically, the rise of Christian intellectual institutions after World War II—the university, the publishing house, the journal of opinion—that allowed Christian scholars to speak to each other rather than engage the culture. By the time they realized they should be doing the latter, the culture had changed too much for them to understand it or be understood. Now we have two types of Christian public figures: those who chose bland accommodation (Marilynne Robinson is his example) and those who retreated into a “separate-but-equal domain,” like the late Richard John Neuhaus.

That question has to be answered the same way as the query about Catholic novelists: It depends on what you mean by Catholic. If it means a culture radically distinct from that of not-Catholics, then there are very few Catholic intellectuals left, except for a few trad-bros on Twitter who fancy themselves theocrats. Even advocates for a new Catholic ghetto, a “Benedict option,” are often more American in their thinking than Catholic (the Pilgrims were pursuing a Benedict option; so, too, the Mormons and Quakers).

If it means higher education that is distinct from the secular realm, then no, there are precious few Catholic intellectuals left. While Jacobs may be right that many Christian colleges ignored American culture, most Catholic colleges revamped their curricula in the 1960s to respond to the needs of the American workforce. So long, metaphysics!

If it means a culture in which an educated elite of priests sits atop a pyramid with a broad base of intellectually amenable laity, then no, there are almost no Catholic intellectuals left.

Is Catholic intellectual life in decline? In the ascendant? Going dark after a final flare-up, supernova-style?

But what if by Catholic intellectual we mean someone who sees the world through a unique heuristic heavily influenced by the symbols, tropes and values of a Catholic faith?

Well, those folks are everywhere. Better educated and more influential than in 1955, they are represented heavily in the ranks of politicians, justices, professors, artists and writers. Many have beliefs and practices that do not pass muster with certain Catholic crowds, but when won’t that be the case? These folks can speak the language of other intellectuals, including their secular peers, and they play the role of interpreter, bridger of cultural gaps, mediator, maybe even reconciler.

And maybe this is the Golden Age of the Catholic intellectual.

@jamestkeane
Show Comments (
1
)
Comments are automatically closed two weeks after an article's initial publication. See our comments policy for more.
Henry George
6 years 1 month ago
I take solace that 4 out of the 5 preferred the Mass in Latin and rest assured that Flannery O'Connor would have agreed. No, we do not live in the age of the Catholic Intellectual as no living Catholic Writer in English comes even close to O'Connor, Waugh, Percy, Greene or Powers. As for "So long metaphysics !"...well if that is to be celebrated then there are indeed reasons to mourn the passing of the age of Catholic Intellectuals.