A Summons to Freedom

A Summons to Freedom

One of the gifts Roger Haight, S.J., has given to Catholic theology across nine books and decades of scholarship is his persistent interjection of a universal scope of concern. From The Experience and Language of Grace (1979) and Dynamics of Theology (1990) to the much-debated Jesus Symbol of God (1999), for which he came under censure by the Congregation for the Doctrine of Faith, the global horizon of poverty and war, religious pluralism, ecumenism and postmodern intellectual culture represents for him the field of vision and a host of “new apologetic demands” to which Catholic theology must respond.

Several years ago in America (3/17/2008) Haight framed these broad concerns explicitly in terms of spirituality: “Can Catholic spirituality find a place in a global human conversation that spans many religious traditions? Can it accommodate a [scientific] picture of the universe that contemporary children take for granted? Or does religious piety require a more narrowly defined and enclosed self-understanding?” His new book, Christian Spirituality for Seekers: Reflections on the Spiritual Exercises of Ignatius Loyola, represents a sophisticated and courageous attempt to frame a response to these questions from the perspective of Ignatian spirituality.

The book rises from Haight’s experience offering the Spiritual Exercises to highly diverse groups of students at Union Theological Seminary in New York City. Haight frames his conviction that the Exercises can be engaged fruitfully by people of varied spiritual backgrounds, including those “who belong to other religions or no religion at all”—a view not shared by all Jesuits—against the backdrop of the “multiple missionary frontiers in which Jesuits and others have been engaged over the centuries.” He sees his work, in other words, as part of the perennial task of Christian inculturation. Even more, Haight grounds an inclusive approach to the Exercises in St. Ignatius’ own principle of adaptation and care for the person at hand.

What is courageous about this effort is Haight’s fidelity to an audience of “seekers,” those looking for deeper meaning in their lives but “who may or may not have a comprehensive framework” like religious belief for understanding human existence. Haight allows himself little recourse to the royal “we.” Confessional language will not do for a secular or unchurched audience, nor for students who identify as “spiritual but not religious.” At the same time he clearly intends the book to offer new ways of thinking and praying through the Exercises for committed “insiders,” whether spiritual directors or teachers of Christian spirituality, or Christians generally “whose faith has been eroded by postmodern culture.”

Notwithstanding its densely analytic style, the book shines in its second half, comprised of 42 reflections on the contemplations of the Spiritual Exercises. Here the figure of Jesus takes center stage, Jesus who is near enough, beautiful enough and human enough to follow. Haight positions Ignatius’ contemplation on “The Call of the King” as the heart of a renewed spirituality in an Ignatian key. Upending societal conventions of lordship, Jesus embodies what God desires in loving service to God’s reign on earth: precisely not lordly rule over others but power with and for others “in teaching, healing, social critique, and building up.” What emerges in Haight’s reading of the Exercises is a robust adult spirituality not of passive dependence but of discipleship-in-community and empowerment by the Spirit, who summons and sets freedom free, as it were, to commit oneself as Jesus did to the values of God’s reign. Moreover, by framing the dynamism of incarnation within the wider drama of an evolving universe, Haight aims to open up for readers a felt sense of “God’s immanence within and presence to all of creation in a personal way.”

Whether Christian Spirituality for Seekers will succeed in readers’ estimations as an experiment in Christian inculturation or as a faithful revisioning of the Exercises will depend largely on the degree to which readers sympathize with the principles of interpretation Haight establishes in the first half of the book. First among these is a commitment to historical consciousness as the currency of intelligibility and truth in our times. Fidelity to the Exercises cannot mean a fundamentalist appropriation of the text, but requires a “fusion of narratives” between Ignatius’ medieval Catholic worldview and the historical, evolutionary consciousness that 21st century pilgrims take for granted. The absence of substantive reflection on God as Trinity, foundational to Ignatius’ spiritual biography and the Exercises, and Haight’s decision to limit his Gospel reflections to Luke-Acts, which supports his preference for Spirit-language, may raise eyebrows. Moves like this make this study vulnerable, as some have complained of Haight’s theology, to the charge of reductionism.

Haight’s work has been controversial partly due to a perception that his portrait of Jesus leaves far too much of the New Testament and the Catholic doctrinal tradition on the cutting room floor, leaving us with a “merely” human Jesus. While I do not share that judgment, I do think Haight is too quick to undervalue sapiential and cataphatic (symbolically effusive and content-rich) ways of knowing and experiencing God in and through Jesus Christ in favor of a strongly rational and apophatic bias (symbolically reserved and content-spare).

To frame it another way, can Christian spirituality remain “Christian” or “Ignatian” when it takes its first principles from the surrounding intellectual culture more or less on its own terms? Is “prophecy” possible where there is no longer a common religious language or institutional memory from which to ground communication about “the real”? These remain live questions of inculturation for which Haight’s work, I expect, will continue to be something of a lightning rod.

What must not, finally, be overlooked is Haight’s deeply biblical and profoundly humane commitment to a common anthropology rising from the experience of radical wonder before creation and the open-ended dynamism of freedom-in-grace. It is not only valid but urgent, after all, for Christians and people of faith to affirm a common “we.” “To exist as a human being is to exist in solidarity with other human beings, across time and into the future.” Pace some of his critics, Haight’s vision of Christianity does not surrender to postmodern fragmentation and relativism. Jesus emerges in this study as our consummate bridge to other human beings always and everywhere. Rediscovering the person of Christ may also be the key to the revitalization of an adult Catholic spirituality.

This article also appeared in print, under the headline “A Summons to Freedom,” in the November 12, 2012, issue. 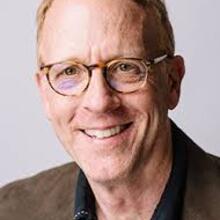