Pontiff on a Pedestal

There is much written about Pope Francis today, especially the pontiff’s public life of service. People from different religious and nonreligious backgrounds concede his public acts of kindness and inclusive rhetoric are admirable. Marco Politi’s Pope Francis Among the Wolves: The Inside Story of a Revolution reiterates Francis’ venerable public life but also sheds light on the pope’s revolution within church institutions. At times Francis’ public life seems quite simple, but his knowledge of and ability to maneuver within the inner workings of the Vatican are complex. By helping the reader understand the institution Francis is reforming, Politi inspires even greater estimation of the Bishop of Rome.

Politi’s title alludes to the story of St. Francis, who tamed a wolf that was terrorizing a town. Francis disciplined the wolf and made him change his ways, but he also asked the townspeople to forgive the animal and help feed him. St. Francis was a great arbitrator, doing the difficult work of bringing two warring sides together—paving the way for a new dynamic to emerge where former opponents work toward mutual support. Politi aptly presents the story as the foundation of his tribute to Pope Francis—who seeks not only to root out corruption and greed in the Vatican but to forge a new reality of humility to take its place.

Politi begins by painting a vivid picture of Archbishop Jorge Mario Bergoglio’s humble service in Buenos Aires, putting the reader by his side in a shantytown. The scene shows us that today’s Pope Francis is rooted in the Bergoglio of Buenos Aires—a genuine man, humble, yet bold and calculating. “Francis’ humility is not folklore; his unconventional ways reflect his personality…. [The] idiosyncratic style is part of a coherent design to dismantle the imperial character of the papacy.” Politi presents Francis’ simple and humble acts as purposeful and well-planned. In his home of Buenos Aires, Bergoglio preached that his parish priests should visit the shantytowns—a noble endeavor of serving the poor, to which all Christians are called. Bergoglio went a step further and shifted the paradigm to focus primarily on the poor instead of treating them as an aside: “Before his arrival, priests who had a parish in the city would also be assigned some portion of the outskirts to look after. Now it is the opposite, he gives parish priests from the shantytowns a second parish in a middle-class sector.” All too often “simple” is equated to naïve or rushed. Politi excellently presents Francis’ simplicity as deliberate.

Many admirers of Francis look to his acts of kindness: embracing people he encounters, washing feet and visiting the homeless. Some of Francis’ critics within the Roman Curia disparage his simple speech and claim he needs help with his theology: “Francis is more attentive to pastoral positions than to doctrinal ones, the exact reversal of before.” The vice dean of the College of Cardinals added, “His style of great simplicity doesn’t please those who like to imagine the pope always on his throne with a miter on his head.”

But when it comes to his revolution at the Vatican, Francis’ positions are not simplistic, but rather deliberate and complex. Francis shakes up the Vatican by cracking down on money laundering, misuse of funds and abuse of power. His appointments to positions of power and newly formed committees foster collegiality and decentralization. Even his seemingly simple decision not to reside in the papal apartments in the Apostolic Palace but opt instead for a modest room in the apartments for guests at the nearby Domus Sanctae Marthae was a purposeful act to reject the exclusivity associated with those who have access to the pope. “By choosing to reside at Santa Marta, Francis at one stroke undercut the charmed circle of insiders who, in every pontificate, claim to relay snippets of the papal thinking thanks to their privileged access, real or pretended, to the apostolic apartment.”

For admirers of Francis, it might be easy to place him on a pedestal of unachievable import. Francis may suspect this himself. In a speech before the U.S. Congress in September 2015, the pontiff highlighted the work of Dorothy Day—who provided services to the homeless through her Catholic Worker Movement—in an effort to call U.S. Catholics to acknowledge local inspiration. She famously said, “Don’t call me a saint. I don’t want to be dismissed that easily.” Her biographer, Robert Ellsberg, adds that Day expanded, “When they call you a saint,” she said, “it means basically that you are not to be taken seriously.” By no means did Day dismiss the lives of the saints, but rather the notion that they are to be put on pedestals, stripped of humanity, with common people unable to follow in their footsteps.

Politi gives us much with which to extol Francis, but also reminds the reader that Bergoglio is still a human being. Politi relates that Bergoglio was often asked to hear their confessions by his fellow passengers aboard public transportation, to which he replied, “Yes, of course.” “Once on a bus he finally had to interrupt a man whose catalog of sins was interminable with the polite remark, ‘Bueno, I get off two stops from here.’” Francis is generous with his time and attention, but also, he doesn’t want to miss his bus stop. He is not on a pedestal, but seated right beside you.

It may already be that some find Francis’ way inimitable. “Pope Francis realizes that he remains fairly isolated within the structure of the Curia and that in Rome and beyond Rome many midlevel ecclesiastics applaud him while hesitating to walk in his footsteps.” However, there are signs that suggest the will already exists. After all, Francis was elected by a conclave. Even some within the Curia itself were ready for change upon Francis’ election. “The majority of curial prelates were against the excessive degree of power […] and saw the change of popes as the occasion for reducing it.” Pope Emeritus Benedict himself paved the way for a Francis figure to step in and make the reforms the German pontiff’s health did not give him the energy to carry out. “Benedict XVI wanted to sweep the board clear of all the entrenched positions of power in the curia. By resigning, he triggered [their] automatic resignation…. His decision to abdicate amounted to a sort of coup d’etat, a virtual ‘reboot’ of the Vatican.”

While many will be inspired to join Francis’ cause, some already were anxiously awaiting a leader to pave the way. It is up to the Catholic Church and its members to keep Francis’ momentum going; the revolution was never meant to be Pope Francis’ one-man show. Collegiality is often referred to in this book, signaling Francis’ desire to bring all parties to the table. Like his namesake from Assisi, Pope Francis is forging a new reality for the church, where tamed wolves live in harmony with the rest of the faithful. 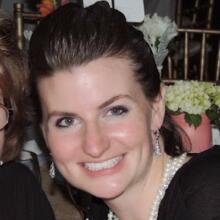 Elizabeth Webb, a graduate of Saint Peter’s University in Jersey City, N.J., is a senior intelligence analyst at iJET International in Annapolis, Md.