One need not be a Sister of Mercy to appreciate Women of Faith. Historian Mary Beth Frazer Connolly has done extensive archival work to bring to life the work of Mother Catherine McAuley’s “daughters” since their arrival in Chicago in 1846. This volume is one of recent endeavors of women’s religious congregations examining the charism, or animating spirit, of their founders in order to live out that spirit with authenticity in their various works of ministry in accord with the Second Vatican Council’s “Perfectae Caritatis” (“The Decree on the Appropriate Renewal of Religious Life”).

When Mother McAuley founded the Sisters of Mercy in Dublin in 1831 she rejected enclosure and her sisters became known as “the walking nuns” as they traveled the streets caring for the poor. She believed that when a new convent was established it became independent. Although she continued to communicate with the new foundations, she was no longer their superior. When she died in 1841, her vision was continued by her sisters around the world.

The first Sisters of Mercy in the United States, led by Mother Frances Xavier Warde, settled in Pittsburgh in 1843. Three years later Warde brought five young sisters to Chicago at the invitation of Bishop William Quarter, the first bishop of the new diocese. The Chicago Mercys became the first religious community of women in that city. They established St. Xavier Academy, expanded now to St. Xavier University. In 1852 they opened Mercy Hospital, the beginning of their multiple ministries of mercy in the Chicago area.

Connolly’s book is framed by the evolution of governance which the Sisters of Mercy developed in the United States: (1) Until 1929, each house was independent, as mentioned above. By the early 1900s there were eight independent Mercy communities in northern Illinois, Iowa and Wisconsin. (2) The first merger in the United States in 1929 was known as “the amalgamation.” This formed the umbrella group, the Sisters of Mercy of the Union. The eight foundations in the Midwest came together as the Chicago Province. (3) The second merger in 1991 formed the Institute of the Sisters of Mercy of the Americas. The Chicago Province was named the Chicago Regional Community. (4) By 2008, with declining membership and the need for sharing resources, the Chicago Regional Community joined five other groups—Auburn and Burlingame, California; Cedar Rapids, Iowa; Omaha; and Detroit—to form the new Sisters of Mercy West Midwest. The goal was to maintain Mercy charism and identity.

Connolly does not describe these governmental changes without also exploring the ministries of the Chicago Mercys in schools, hospitals and care for the poor, particularly women and children. Using letters, personal and public communications, the oral tradition and interviews with a variety of sisters, she describes the Mercy spirit as not dissimilar to “the walking nuns” of Mother McAuley’s day.

The author’s descriptions of the impact of the Sister Formation Conference and the renewal after Vatican II will be recognizable by sisters from most active religious congregations in the United States: return to baptismal names; moving to smaller communities, houses and apartments; experimentation with the religious habit and with new forms of prayer; ministry in other forms of education or health care including pastoral work in parishes or hospitals, teaching in public institutions or as advocates for those in need. She discusses declining numbers of vowed members, but also the gift of Mercy Associates who bring the Mercy charism to life in a unique way. She briefly includes more recent challenges including the Apostolic Visitation and the Doctrinal Assessment of the Leadership Conference of Women Religious.

As one who is not a Sister of Mercy, I would have appreciated knowing more about Mother McAuley, the origins of Dublin’s House on Baggot Street and the challenges she met from the hierarchy in Dublin and Rome in forming her new group which eschewed the idea of enclosure. Similar religious groups “in her neighborhood” like Honora Nagel’s Presentation Sisters, Mary Aikenhead’s Religious Sisters of Charity and Mary Frances Clarke’s Sisters of Charity of the Blessed Virgin Mary (only an informal group until they arrived in the United States), offer us a view of the spirit of young women of that era who were part of the missionary thrust which blossomed after the Catholic Church had almost been destroyed in Europe during the French Revolution and Napoleon. Were they the forerunners of the Peace Corps or Jesuit Volunteer Corps of the following century? Or perhaps new forms of religious life in the 21st?

It might also have been helpful to know that the Mercy Rule was based on that of St. Augustine. In addition, exactly what was the Fourth Vow of Service and did it exist from the beginning? I found it mentioned briefly only later in the book. I was curious as to what Connolly meant by “educators, whether religious, lay or secular.” In the Epilogue, Connolly includes important information on the Catholic Church in the United States. It would have been useful for that to be included in earlier sections for the benefit of those who are not familiar with that material. I loved the quotations from Mother McAuley and wondered whether “No Sister of Mercy is a finished product until her death” was one of her gems of wisdom.

Connolly’s volume is a genuine contribution to research on women’s religious congregations. It will be of interest not only to Sisters of Mercy and other religious, but to all exploring post-Vatican II renewal and the possibilities that exist for the church in the 21st century.

This article also appeared in print, under the headline “Mother McAuley’s Vision,” in the January 19-26, 2015, issue.

Mary Christine Athans, B.V.M., is professor emerita at The Saint Paul Seminary School of Divinity of the University of St. Thomas in Minnesota and adjunct faculty at Catholic Theological Union and Loyola University Chicago. Her most recent book is In Quest of the Jewish Mary: The Mother of Jesus in History, Theology and Spirituality. 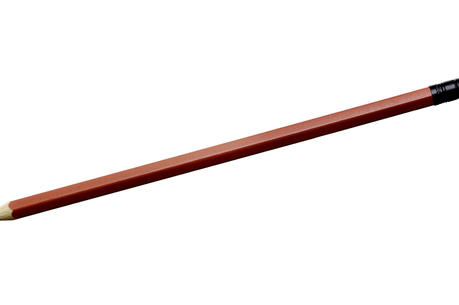 Review: When grammar becomes a religion
For the title sisters in ‘The Grammarians,’ words are much more than words, and the rules that govern them must be upheld with a believer’s zeal.
Maurice Timothy ReidyFebruary 07, 2020