N. T. Wright, an Anglican bishop and one of the best biblical theologians in the English-speaking world, is known especially for the three volumes that make up the series Christian Origins and the Question of God, published between 1992 and 2003. The 15 chapters of Surprised by Hope represent lectures delivered and reworked between 2001 and 2006. One can only imagine that those lectures were clear, engaging and delivered with conviction. Wright’s unwavering faith in the resurrection is quite evident as he defends the Easter narratives on historical and theological grounds. The lectures span the time when he must have been completing The Resurrection of the Son of God, the hefty third volume of the Christian Origins series. That book is far more detailed and polished than the chapters that make up Surprised by Hope, which is more suited for Bible study groups, undergraduate classes and an educated Christian readership in search of a more informed assent to their central beliefs.

Many Christians, Wright argues, carry ideas in their heads about the resurrection of Jesus, the ascension, heaven, the kingdom of God and the relation between matter and spirit that are uninformed and naïve. Some of these misconceptions are reinforced by poems and hymns that have become Christian favorites. So he sets about rethinking basic Christian ideas and images. He examines the nature of early Christian hope (Chapter 3); the novelty of a story about the raising of just one individual from the dead (Chapter 4); God’s intention for creation (Chapters 5 and 6); the meaning of Jesus’ ascension and the belief in his second coming (Chapters 7-9); the raising of our bodies from the dead (Chapter 10); the nature of purgatory, paradise and hell (Chapter 11); and how Easter faith leads us to rethink the nature of salvation, the kingdom of God, and the mission of the church (Chapters 12-15). Quite a bit to think about.

Throughout the book, Wright keeps reminding us of the limitations of the language and images employed by the New Testament writers as they gave expression to ancient Christian hope. “All Christian language about the future,” he writes, “is a set of signposts pointing into a mist...but that doesn’t mean they aren’t pointing in the right direction.”

He explains texts. When Paul writes that one day we are “to meet the Lord in the air” (1 Thes 4:17), the apostle has in mind how citizens would go out to meet the emperor and escort him back to their city. Paul was not proposing that believers would literally meet Christ “in the air” or be taken up “into the clouds.” The point of Easter faith, Wright emphasizes repeatedly, is not about leaving the earth but, led by the Spirit of the risen Jesus, dedicating ourselves to rebuilding and renewing it. “The whole Christian theology of resurrection, ascension, second coming, and hope,” he writes, “was born out of confrontation with the political authorities.” Thus the sadly naïve “rapture theology” on the part of some Christians today is unfaithful to the New Testament conviction that if Jesus is Lord, then Caesar is not—a conviction that must be preached. The conclusion: all false lords will be dislodged; or, as Mary said, brought down from their thrones.

heaven is the place where God’s purposes for the future are stored up. It isn’t where they are meant to stay so that one would need to go to heaven to enjoy them; it is where they are kept safe against the day when they will become a reality on earth. If I say to a friend, “I’ve kept some beer in the fridge for you,” that doesn’t mean that he has to climb into the fridge in order to drink the beer.

Wright absolutely refuses to compromise Christian belief about the raising of Jesus bodily from the dead and the great hope for us that follows from this belief. The raising of Jesus from the dead does not transport kingdom expectations into the next life; the resurrection of Jesus fixes the kingdom of God more surely within human history. The material universe is not a transit area through which we must pass on the way to becoming pure spirit. For Wright, resurrection faith is not about life after death; it is about life after life after death. He takes the scriptural language about a new creation in the offing with utmost seriousness.

When writing about bodily resurrection, of course, a bit of theological reserve is in order. In thinking about life after death, or life after life after death, or the “materiality” of the risen body, we can only speculate. To be sure, one can examine—as Wright does—biblical texts and work out what the texts are telling us. But even Paul, who had much to say about resurrection, was employing his imagination. I doubt that Paul enjoyed greater clarity than Jesus about the transformation of our bodies and what life after life after death would be like—and Jesus did not have a great deal to say about such things. When it comes to eschatology, the best we can do is to give voice to our hope, realizing that what we hope for, and the words and images we use to house that hope, are not the same thing.

Reflecting on the notion of “reigning” in texts like Rom 5:17 and 1 Cor 6:2, Wright says that the renewal of the cosmos will leave “plenty to be done, entire new projects to undertake...the garden will need to be tended once more and the animals renamed.” He admits that these are “only images”; yet they serve as “true signposts to a future reality—a reality to which most Christians give little or no thought.” Still, tending gardens in a transformed universe comes close to sounding like science fiction.

Most of us probably do not spend a lot of time wondering what it might be like to “reign” over creation. After all, that is what God is supposed to do. Still, letting the imagination range freely can help us appreciate how Easter hope aims us in a certain direction. We dare to live in the present with the assurance that our labors—with a bow to Gaudium et Spes—as “artisans of a new humanity” will bear fruit. Origen, the great 3rd-century thinker and Scripture scholar, let his imagination roam when he thought about what might await human beings after death. For him, it would involve ongoing seminars where he could learn more about cosmology and the nature of the stars. For us, perhaps instead of wondering about what the next life might bring, reflection on Easter and the raising of the dead is more likely to focus on the messenger’s instruction to the women about returning to Galilee—to the Galilees that make up our world—as if we were being given the chance to start our lives all over again.

This article also appeared in print, under the headline “Life After Life After Death,” in the May 12, 2008, issue. 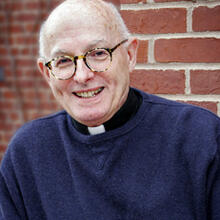 William Reiser, S.J., whose most recent book is Seeking God in All Things, teaches theology at the College of the Holy Cross in Worcester, Mass.